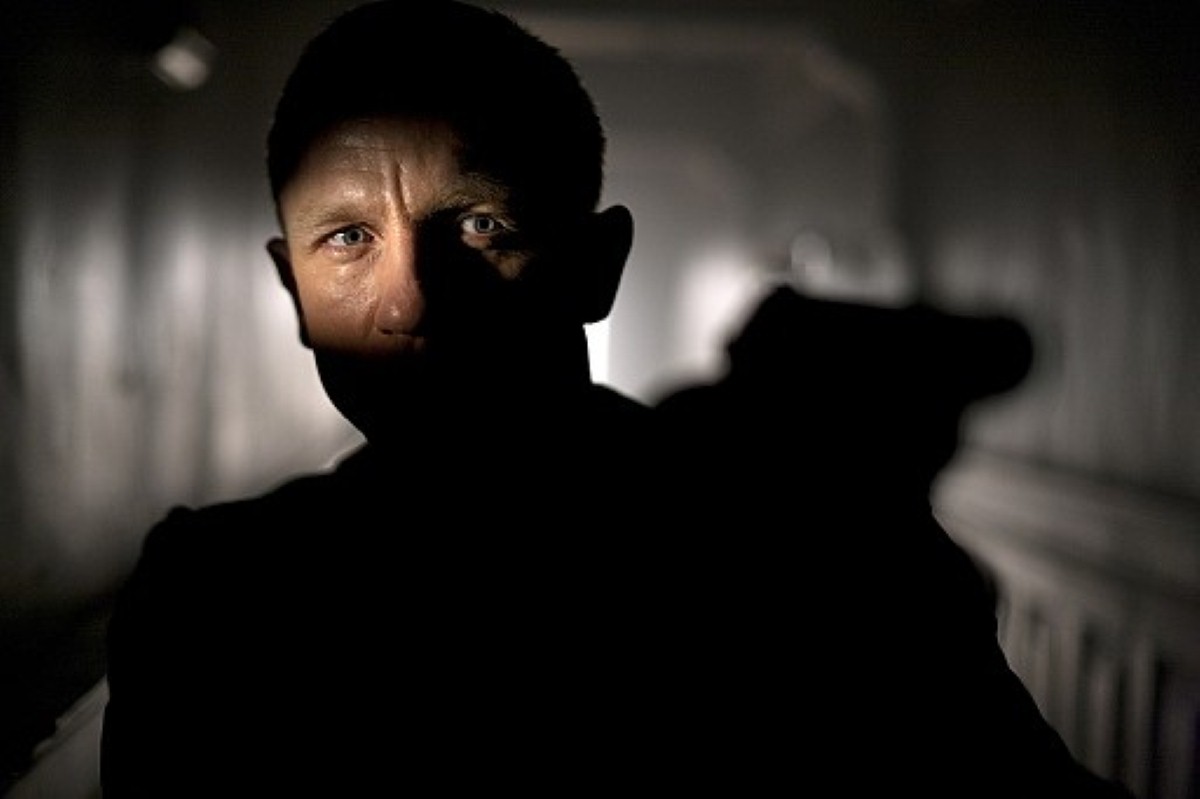 The politics of Skyfall

As Skyfall ended, the credits proudly proclaimed 50 years of James Bond. That is both a celebration and a hint of how difficult it is to manage a franchise that's half a century old. James Bond is a relic of a previous age: misogynistic, imperialistic and unfeeling. For some reason, he still works. But his relationship with the modern world is problematic.

Bond writers have struggled with these difficulties for years but they came to a head when Jason Bourne came on the scene. Matt Damon's Bourne was a Bond for the new age: He was monogamous. He was reluctant to fight. Far from fighting for his country, his country was fighting him. He was in touch with his feelings. In fact, his entire character arc was based around the therapy-ideal of finding out who he really was.

The Bourne challenge was answered by Casino Royale, which saw Bond arrive in a much more vulnerable light. He could be physically hurt, but most importantly he could be emotionally hurt. Bond didn't even sleep with the first Bond girl of Casino Royale, Solange. He fell in love with the second, who betrayed him. This act of betrayal was the film-makers' effort to justify Bond's philandering nature in later films.

Skyfall gets us back into traditional Bond territory and it struggles with it. Bond's central problem is that the tropes of the franchise are out of step with what a modern cinema audience expects from its protagonist. Bond's seduction of the main Bond girl, Sévérine, follows the standard course. He seduces her, in this case taking the decidedly risky approach of simply walking into her bathroom and getting in the shower (don't try this at home, kids). He then uses her for the purposes of the mission after which she dies a violent death. Once Bond villain Silva shoots her head rather than the shot glass resting on it, Bond's only response is to say: "Waste of good whisky". He may be hiding his emotional reaction to not give anything away, but the line comes across as brutish and uncaring.

Naomie Harris' Eve is set up as the next Moneypenny, although scriptwriters have tried to give her a more independent, confident tweak for the modern age. But even this new, quick-witted Moneypenny falls victim to the rules of a Bond film. As a woman, she must desire Bond. That is central to the franchise. And Bond must seduce many women. That is another rule. Moneypenny must therefore pine after Bond while he sleeps with lots of other women. No matter how smart and modern you make the Moneypenny character, the rules of the game must put the woman in a weaker position.

Bond's arc in the film is almost identical to that which his character must prove in the modern world. We find him unskilled and disenchanted. He is a borderline alcoholic, his aim is off, he is ageing, he doesn't believe in M or the secret service anymore. His struggle to find what he can do in the modern world is the same as the character's effort to fit in to the 21st Century.

Where Skyfall comes on leaps and bounds from its predecessors is in its gay politics. Scriptwriters Neal Purvis, Robert Wade and John Logan are very daring in explicitly highlighting the sexual tension between Bond and his villain, Silva, played in a magnificently camp manner by Javier Bardem. The relationship is particularly unnerving and naughty, given Silva's repeated reference to the two of them as brothers to "mother" M, who he, naturally, wants to kill.

The role of the hero/villain in action films always contains that nugget of homoeroticism. Take Bruce Willis and Alan Rickman laughing together at the end of Die Hard – sharing an unspoken male joke the hero's wife cannot understand. Or Sherlock Holmes and James Moriarty's repeated statements of respect for each other's genius. Or the ying-yang symmetry of Batman and the Joker's representations of order and chaos, with the villain's constant refrain that Batman needs him as he needs Batman.

Skyfall is brave enough to make that sexual tension explicit, with a quite brilliant section in which Silva unbuttons Bond's shirt and starts feeling his legs. "What makes you think this is my first time," Bond quips, in a line which could be either tongue in cheek or genuine. While he would have been comfortable with the rest of the film, Ian Fleming would have been turning in his grave if he thought his creation might be turned into a sexual experimenter rather than an alpha male conqueror of beautiful women.

Fleming's infamously reactionary politics would not have created the scripts of later Bond films, which try to water down the right-wing politics implicit in the character. The imperialism is silenced and recent villains are usually of the right wing variety. Elliot Carver, the villain of Tomorrow Never Dies, was a thinly-concealed caricature of Rupert Murdoch. The scriptwriters of the appalling Quantum of Solace tried to fit in some attacks on water privatisation in Bolivia.

This is standard for spy dramas. Spooks went out of its way to portray its MI5 agents as men and women of impeccable social democrat credentials. They fought Washington neo-cons and Israeli Mossad agents more than Islamic terrorists. Even in 24, the US thriller series which Republicans frequently cited to justify their own desire to torture terrorist suspects, the villains were usually oil companies or figures within the US government. Conservative viewers love the spy genre. With them safe in the bag, scriptwriters go out of their way to make lefty viewers feel comfortable too.

Skyfall tries to address nervousness about the role of the secret service in modern Britain in a way which is actually quite reactionary. M is told she is not allowed to operate in the shadows anymore and is forced to go in front of a public inquiry, with a convincingly grandstanding MP. But even here, her speech suggests the secret services should be allowed to operate in the grey area, because that is what's required to keep the country safe. This corresponds strongly with secret service arguments about secrecy and national security in real life.

But M, played with predictable perfection by Judi Dench, ends her inquiry evidence with an Alfred Tennyson quote which summarises a much more modern view of Britain in the post-colonial era. It is a beautiful piece of verse, cunningly placed during an action sequence, which is to the British secret service what the Olympic Opening Ceremony was to British self-identity. It acknowledges the more limited role Britain plays in the modern world, but celebrates the uniqueness and decency of what it has to offer.

"We are not now that strength which in old days

Moved earth and heaven; that which we are, we are;

One equal temper of heroic hearts,

Made weak by time and fate, but strong in will

To strive, to seek, to find, and not to yield."

It is the closest Skyfall comes to marrying old and new, reactionary and progressive, as it continues to try to make the Bond franchise's problematic traits fit comfortably with a modern audience. It is a balancing act which is respectable for the fact it has been managed at all, even if it threatens to go wrong at regular intervals.