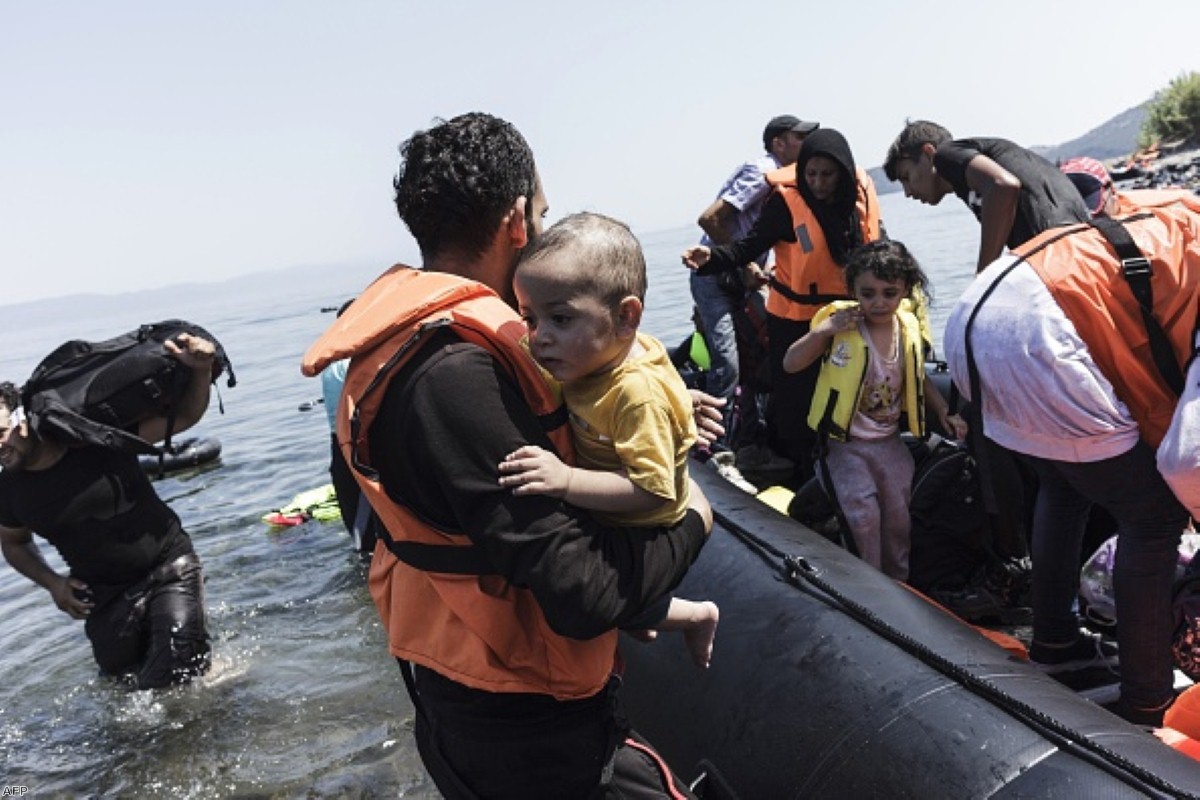 Comment: As the world turns away, refugees are still drowning in the Med

Her name was Sena. She was four years old. She was wearing blue trousers and a red shirt. She drowned in a shipwreck on November 18 in the Aegean Sea off Bodrum, Turkey.

His name was Alan. He was three years old. He drowned on September 2nd, along with his mother and his five-year-old brother. Like Sena, he was Syrian, dressed in blue and red, and travelling with his family on a desperate journey to reach safety and a future in Europe. The picture of his tiny lifeless body washed up on shore appeared to shake Europe’s—indeed, the world's—conscience.

Yet at least 100 more children, including Sena, have drowned in the Aegean in the weeks since. This year has seen an unprecedented number of asylum seekers and migrants—over 712,000 as of this week—crossing from Turkey to the Greek islands, most of them in overcrowded flimsy rubber dinghies.

One-quarter of those risking their lives are children. We have witnessed an unbearable death toll this year, with at least 585 people missing or lost in the Aegean, most of them since Aylan's death.


War, persecution, geopolitics, dangerous smuggler tactics, the weather – all of these factors contribute to the surge in arrivals as well as the number of lives lost. The UN refugee agency, UNHCR, estimates that 60% of those coming to Greece by sea are Syrians, while 24% are from Afghanistan.

The response of the European Union has to be multifaceted. It should include measures to reduce the need for dangerous journeys and tackle the root causes of refugee and migration flows in a way that respects human rights.

But the immediate imperative has to be to save lives. Turkish and Greek coast guard boats are out there every day patrolling the waters. And various EU countries have sent boats, personnel and other equipment to participate in Operation Poseidon in the Aegean, a mission of the EU’s external border agency Frontex. Combined, these actions have saved tens of thousands of lives.

I've seen a burly Portuguese coast guard officer gently take a baby from her mother’s arms after a rescue. I've observed the professionalism of Norwegian police officers on patrol for Frontex. A colleague of mine was impressed by the way Greek coast guard officers handled two difficult rescues. But more needs to be done.

First: more rescue boats are needed in the water and reconnaissance helicopters are needed in the air. Last April, the EU tripled Frontex resources in the central Mediterranean, after 1,000 people died in one week in the waters between Libya and Italy. The budget for rescues in the Aegean Sea was also increased, but remains too small.

EU support for search and rescue in the Aegean is critical, given how stretched and underfunded the Greek coast guard is. Limited resources mean the Greek and Frontex patrol boats only intervene in situations of clear distress. Vidar Simensen, the police commander of the Norwegian vessel ‘Peter Henry von Koss’ which participates in Frontex, told me that aiding a boat that is overcrowded but moving under its own power could leave them unable to respond to a real emergency.

In some cases, as I witnessed when out on patrol with them, the crew will monitor a boat's progress, without intervening, to make sure it reaches shore. This policy makes sense given the limited resources available at present, but extra patrol boats would allow for a more pre-emptive approach to avert disaster before it strikes.

Second: patrol boats must be properly outfitted for rescue. The Norwegian vessel has a motorised dinghy which it can lower into the water in just a few seconds to reach people in trouble. Most of the Greek coast guard boats patrolling off Lesbos do not.

The need for this basic equipment was dramatically underlined on October 28th, during a complex, hours-long rescue operation when a wooden boat suddenly sank, plunging almost 300 people into the water. The Norwegian vessel was first on the scene and within 20 minutes of their alert the Greek Coast Guard and both Greek and Turkish fishing boats arrived to help. Volunteer Spanish lifeguards sped out from the Lesbos shore on jetskis to pull people out of the water and take them to the boats. Their help was critical, because no rescue boat beside the Norwegian one had the means to pluck people out of the water. Over 240 people were saved that day. Nine bodies were found, and 34 people are still missing, presumed dead.

Third: coordination is needed between volunteer groups on the shores of the Greek islands. Following the October 28 tragedy, the Greek Coast Guard, Frontex, Spanish lifeguards and the UNHCR began discussing how to work together more efficiently, according to an established operational plan. This effort should continue, and include all relevant actors to guarantee not only effective coordination during rescue operations, but also that those rescued are taken as quickly as possible for necessary medical treatment and other help.

Fourth: the Aegean must be rid of other dangers. Human Rights Watch has documented incidents in which unidentified masked assailants – often armed – intercepted and deliberately disabled boats in the Aegean Sea, pushing them back to Turkish waters. There are also deeply troubling reports of Greek and Turkish coast guard patrols engaging in dangerous manoeuvres, including intentionally disabling migrant boats, which put lives at risk. All relevant authorities should make preventing these incidents, investigating the allegations, and bringing perpetrators to justice a priority.

It is difficult to predict what will happen in the coming months. The horrific attacks in Paris have strengthened the focus of many EU governments on protecting borders rather than managing the movement of people humanely. The EU is actively seeking a deal with Turkey to stem the migrant flow, and crossings may decline in the adverse winter weather.

Making it easier for people to reach and cross Turkey’s land borders with Greece and Bulgaria would provide a safer alternative, but seems politically less feasible by the day. What won’t change is people’s resolve to take enormous risks to escape conflict, persecution and human rights abuses, or to improve their lives and those of their loved ones.

Exposing asylum seekers and migrants to the risk of drowning can never be an acceptable form of border control. Europeans should never become inured to news of children drowning off their shores. Robust search-and-rescue operations must be sustained as long as necessary.