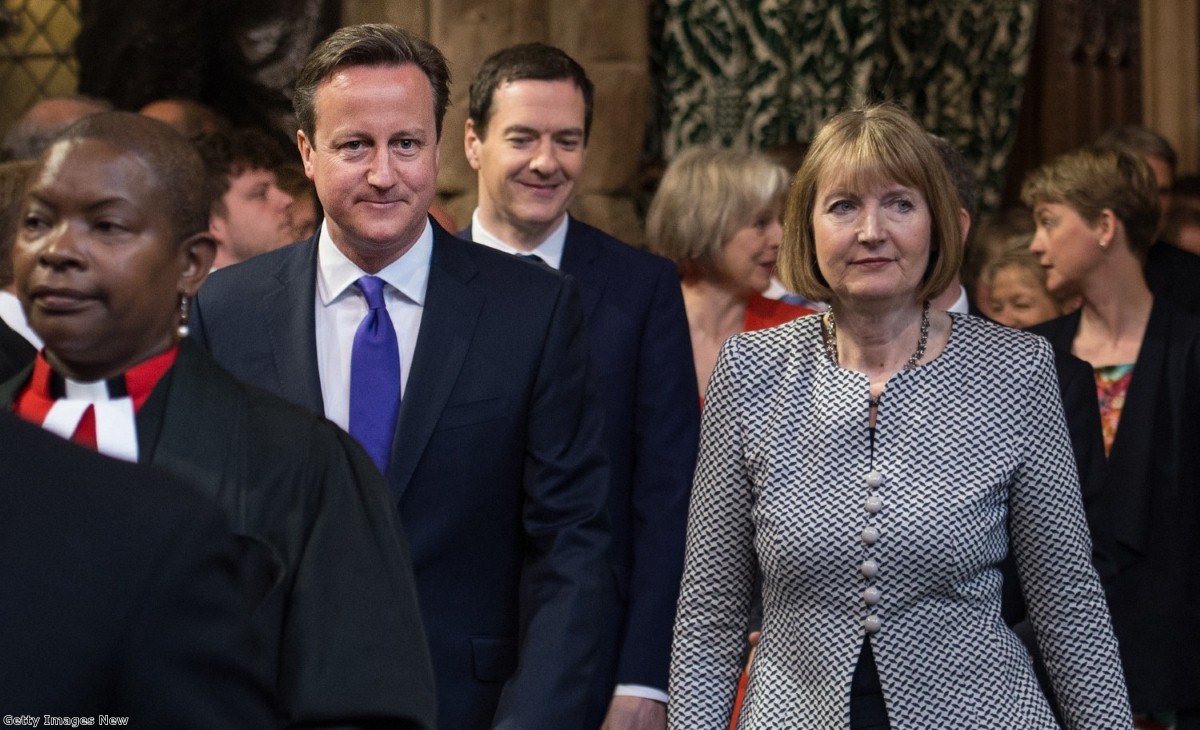 A despairing assessment has conquered Labour since the general election. Roughly speaking, it goes like this: a left wing proposition was put to the country and failed, revealing the fundamentally conservative mentality of the British electorate. But even if the party darts to the centre-right, which it must, it will still not be able to win in 2020. With Scotland lost (you'll notice this assessment implicitly gives up on ever winning it back) and the Tories set to launch a self-serving boundary review, the party will need a 12.5% lead over the Tories to win. The new leader will only be able to lay the foundation of a win in 2025.

It is a song of despair, based on nothing but pessimism and failure of imagination. The truth is that even with a systemic advantage, the Tories are beatable. They won just 36.9% of the vote. They are about to enter into a two-year civil war over Europe. They have a majority of 12, which will be chipped away at by by-elections and made torturous by a fratricidal parliamentary party. Labour can beat them.

But instead the party has done its best to conform to the misery of this forecast. Its leadership election, which sees nominations finally open today, has been the least inspiring in recent memory. I have not heard a single person – from fellow journalists covering it closely, to friends who voted Labour and are looking to the party's future, to Tory supporters checking in – express even a smidgen of genuine interest.

It's not the circumstance which is the problem. It is the people involved.

Consider for a moment Andy Burnham, Yvette Cooper, Liz Kendall, Mary Creagh and Jeremy Corbyn. Close your eyes and ask yourself truthfully: can you see any of them winning in 2020? On a simple presentational level, they are without hope. Forget inspiration, it would be nice if there was just enough to make one of them interesting. Magazine features and TV interviews have done nothing to challenge this and in fact cement it. Getting to know them actually makes the problem worse.

Ed Miliband looks on as Andy Burnham speaks. The former shadow health secretary is considered on the left of the leadership candidates.

Politically they are similarly without value. Corbyn would be torn apart by the press. He is not really running with a serious sense that he'll win. He's just trying to offer a different political argument in a race defined by the similarity of everyone's position. All of the others – including the supposedly left-wing candidate Burnham – are suggesting that a shift to the right will address Labour's woes.

It’s all they know. If you lose on the left, swing right. Never mind that Miliband was really not very left wing and that the programme he put to the country was cautious in the extreme. This is the default setting.

It might have some role in explaining the failure to win the English suburbs. It does not explain why they lost support to Ukip among their working class vote or Scotland to the SNP.

It seems impossible to square that circle of competing political demands, but they are not, in fact different demands. The rise of Ukip and the SNP bears comparison with the rise of left and right parties across Europe, from Podemos on the left to Golden Dawn on the right. It even bears comparison with the rise of al-Qaida and later Isis. These are all responses – some positive, some murderous – to the same phenomenon, which is globalisation. We've been talking about it, in some manner or other, for years now: the vicious wind of free capital and labour blowing across the world, made forceful by technology.

Labour has no position on this. It has no story to tell about it. Blair, to his credit, had a story to tell: we will set these forces free but capture the money they make and divert it to our communities. The Tories also have a story to tell, which is that they will help globalisation's winners at the expense of its losers.

Blair set globalisation loose, on the promise he would divert funds to the local community

But since New Labour, the party has had no story. Miliband was reduced to running an election saying: 'Hasn't everything gotten very expensive?' It was the least offensive thing he could imagine and it was, of course, utterly lacking in inspiration.

That working class vote going to Ukip and the Scottish vote going to the SNP can be brought back into the fold with the same message: One of protecting the country against the ravages of globalisation, protecting domestic industries and reducing inequality. Ultimately, it is about being trusted to represent the interests of the people who vote for you, as Ukip and the SNP are perceived to do. Their focus on identity – white and historic for Ukip, national and civic for the SNP – is a substitute for protection against globalisation. It is a cultural comfort blanket. Labour can replicate that with a patriotic message and strong, simple policies expressed in clear language.

Perceiving the problem is much easier than knowing how specifically to address it, but none of these candidates show even the slightest ability to do so. Their message, of supposed 'aspiration', is just code for leaving people at the mercy of globalisation. That will work for the Tories, because they have a different target market. It won't work for Labour.

These candidates cannot get Labour back into power, but there is still time to pick someone who can. Labour must give up on the 15% MP nomination requirement. The nominations process should be paused while the rules are changed, then restarted.

Tony Woodley, joint secretary of Unite, throws away a copy of the Sun after it led with 'Labour's lost it' – but years later the party is in an even worse position

Even with the one-member-one-vote process which comes afterwards, the parliamentary party is killing this contest. It is said that the 15% benchmark shows the leader can command their MPs. But of the two negatives – one a leader struggling to control their MPs and the other a leader who will not win – it should be clear which is worse. And anyway, it's a false binary. You want to know what kind of leader controls their MPs? The kind that looks like they're going to win.

The MP nominations turn what should be about the party into a question of patronage. Far from being about commanding their MPs, it is about MPs putting their own future career prospects above what they think is good for the party. The fact so many plumped for Burnham or Cooper so early in the campaign tells you everything you needed to know. They were in a camp. They knew which way they were going. They did not sit back and consider ideas in the wake of a devastating defeat. They advanced their own agenda. MPs simply can't be trusted with a de facto veto of leadership candidates.

There's a week until nominations close. It would be embarrassing now to pause the entire process and change the rules because it has produced such dreadful results. But if Labour wants to win in 2020, that's exactly what it should do.