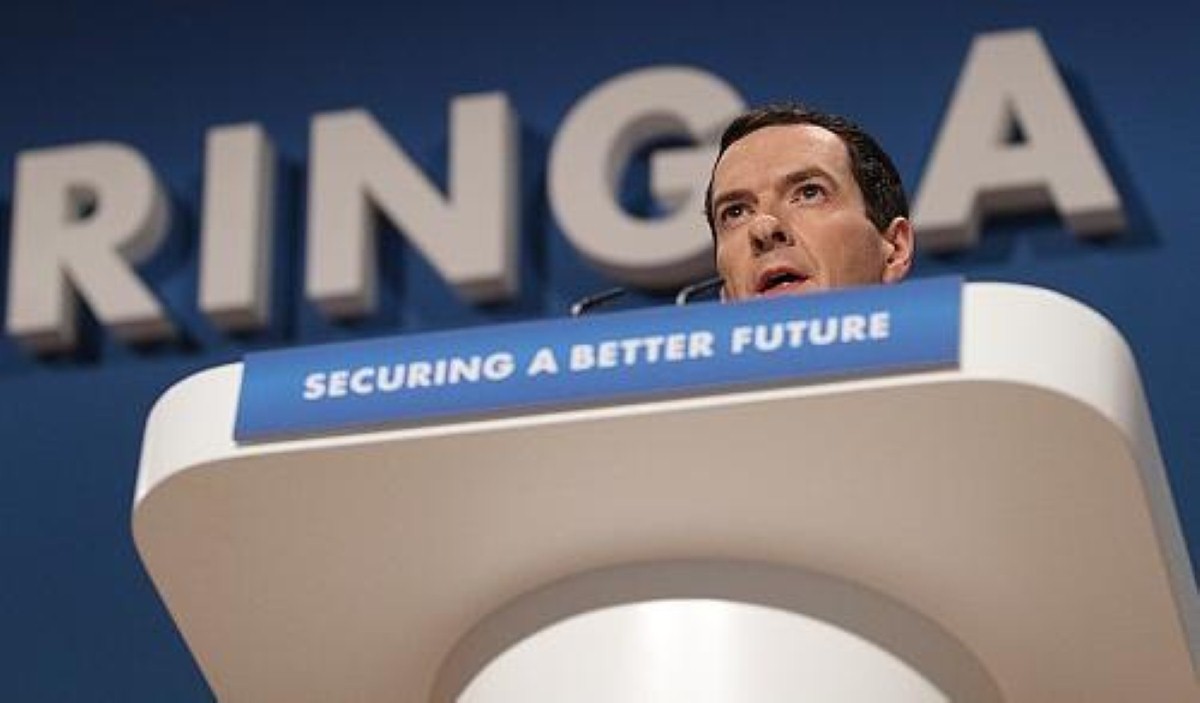 When governments are in a tight spot, they pick a fight with the BBC. But rarely can a more stupid fight have been picked with the corporation than the one George Osborne started yesterday. The chancellor was criticising the corporation for accurately reporting what he himself has said.

"When I woke up this morning and listened to the Today programme it felt like I was listening to a rewind of a tape of 2010 with BBC correspondents saying Britain is returning to a sort of George Orwell world of the Road to Wigan Pier and that is such nonsense," he said.

Downing Street later backed him, criticising the BBC's "hyperbolic descriptions" and demanding "a clear and sensible and measured debate".

Here is what the BBC's Norman Smith actually said about the autumn statement, which precipitated this anger:

"While there was a lot of enthusiasm on the Conservative benches … when you sit down and read the Office of Budget Responsibility report, it read, frankly, like a book of doom. It is utterly terrifying. It is suggesting that spending will have to be hacked back to the levels of the 1930s in terms of as a proportion of GDP. And that is an extraordinary concept. You're back to the land of Road to Wigan Pier. And the scale of cuts detailed in the book; it's suggesting in the non-protected departments, unlike health and overseas aid, they are going to face cuts of roughly another third. They have already faced a third. So by 2020 they will have been cut back by nearly two-thirds; you have to question whether that is achievable. And we're told 60% of the cuts are yet to come."

Smith obviously used evocative turns of phrase. That is a reasonable thing for a correspondent to do when describing a dry financial document with severe social repercussions to a general audience.

When a government is in a tight spot, it often targets the BBC

But not a word he said was untrue or even particularly excessive. Smith was merely describing what the Conservatives plan to do. The party plans to cut a further £60 billion by 2019/20. We know £12 billion of this will come from welfare, slashing to the bone that which already has no fat left to lose. The rest will have to come from departmental budgets, which have already lost any give available to them.

Osborne has gone a step further than the Liberal Democrats and Labour by swapping his aim of a current budget surplus, which excludes investment spending, to an overall budget balance. So he doesn't have any room for borrowing. He has also ruled out tax rises of any sort.

On top of that, the Tories have a host of tax giveaways they somehow have to pay for. They've pledged to raise the tax-free personal allowance to £12,500, the top rate of income tax to £50,000 and sell 100,000 new homes at 20% below asking price for first-time buyers under 40. According to the Institute for Fiscal Studies (IFS), that adds up to £7 billion.

The chancellor has put himself in a straightjacket of his own making and now attacks the reporters who observe that he's wearing it.

When the IFS came out with its judgement on the autumn statement yesterday, it was damning. Osborne, who likes to sell himself as the austere but responsible chancellor, was up to all his old tricks. He was using short-term money flows on banks to implement policies which have permanent costs to the public finances.

He said he'd raise £3.5 billion restricting banks' opportunity to offset past losses against future profits. This will be used for the new tax sweeteners Osborne announced, like the reduction in stamp duty. Thing is, that money isn't a tax windfall, it's just payments which have been brought forward.

When the judgement of the IFS was complete, it was at least as damning as the BBC's.

Future spending cuts would be "on a colossal scale". This would take "total government spending to its lowest level as a proportion of national income since before the last war". These cuts would change the role of the state "beyond recognition".

"It is surely incumbent upon anyone set on taking the size of the state to its smallest in many generations to tell us what that means. How will these cuts be implemented? What will local government, the defence force, the transport system, look like in this world? Is this a fundamental reimagining of the role of the state?"

Osborne had taken a document full of abject doom and spent the entire week highlighting the specks of positivity he'd sprinkled on it. The sight of ministers by planned road locations, acting as if we were about to experience a spending boom, wasn't just absurd – it was deeply misleading.

There is a gulf between what the Conservatives plan and what they are prepared to discuss. The Lib Dems and Labour are no more transparent, but their plans are less extreme by virtue of allowing more borrowing, a slightly longer time-scale and tax rises.

For Osborne, his main task until the general election is that no-one should realise what he intends to do after it. His attack on the BBC is not an attack on the corporation per se. It is an attack on accurate reports of his plans.