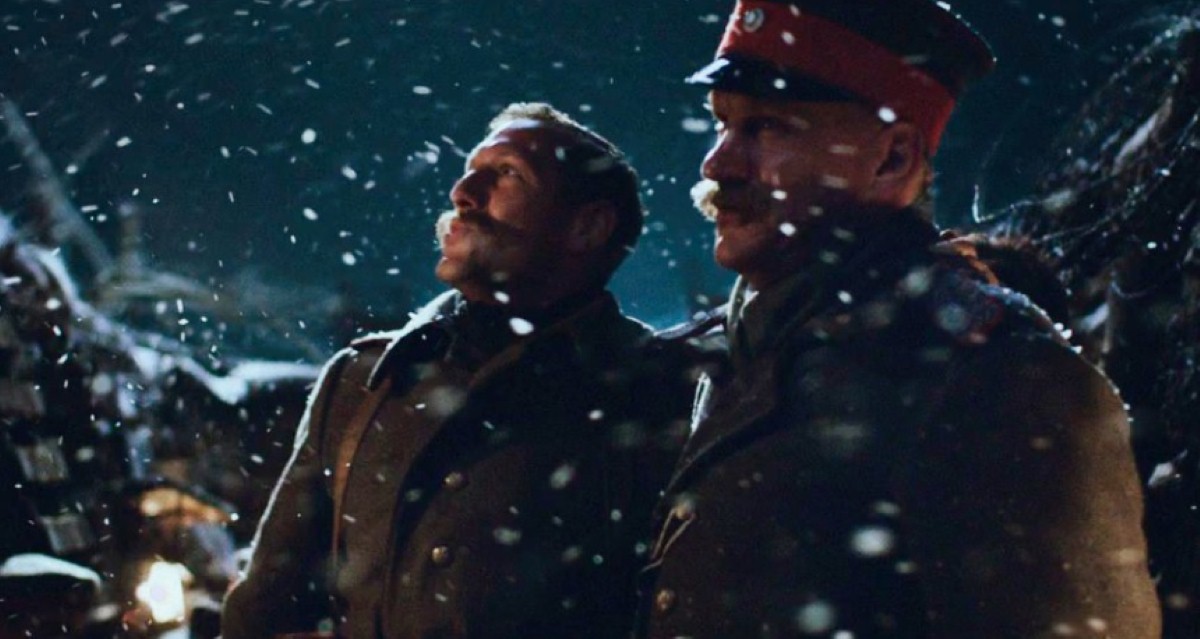 That might seem like an extreme leap to make, but it's one that would undoubtedly be the view of the politicians I spoke to in Berlin and London earlier this year.

A century after the moving and inspirational Christmas Truce, when a joint rendition of the carol Silent Night temporarily brought the First World War to a halt, German and British MPs were once again harnessing the power of music to bring their countries together.

The Parliament Choir and the Bundestag Chor's joint concert in Westminster Hall in parliament back in June was a big moment.

This was diplomacy conducted through choral music. In a packed season of military commemorations, parliamentarians were choosing to mark the impact of war without any involvement by the armed forces.

The Sainsbury's Xmas ad depicts the event which inspired German and British MPs to sing together earlier this year http://t.co/3rUjGuxnZE

All the emotions packed into the Sainsbury's advert were present once again: the injustices of war, the instinct of ordinary people to overcome it, the determination to never let another devastating conflict ruin millions of lives.

In this summer's concert they were being harnessed by the Germans to make a clear point: to avoid another conflict, we need to stick together.

Eurosceptics in Britain are so fed up with the idea of ever-closer political union in Europe that they openly discuss the idea that the UK would be better off on its own.

Small-minded islanders might think this is a good idea – but in Germany, which was twice scorched by the horrors of war in the 20th century, the urge to unify rather than divide is strong.

He's not talking about a future war, of course. That remains unthinkable. But the need to stick together is undoubtedly felt extra keenly when you remember the suffering of past generations.

"We still have that responsibility to never let this happen again and to always think of it," as one German singer put it.

The ceramic poppies at the Tower of London are just the start of a four-year festival of remembrance that will make sure the present generation never forgets the pointless bloodletting of 1914-1918.

Thanks to Sainsbury's this will be happening at Christmas – the time of the year when we value peace and love more than any other.

It's an advert which reminds us of music's ability to heal – a message just as relevant today as it was 100 years ago.

Many of those who were old enough to vote in the 1975 referendum on Europe say they did so because they wanted to make sure another war could never happen again.

The European Union has its downsides, but its crowning achievement is that it has successfully kept the peace for 70 years.

The sound of gunfire which breaks up the Christmas Truce in the Sainsbury's advert is an ominous moment.

As Britain approaches the possibility of an in-out vote on its membership of the European Union, it's a troubling feeling that seems strangely apt.

The future of Europe is, once again, in the balance.