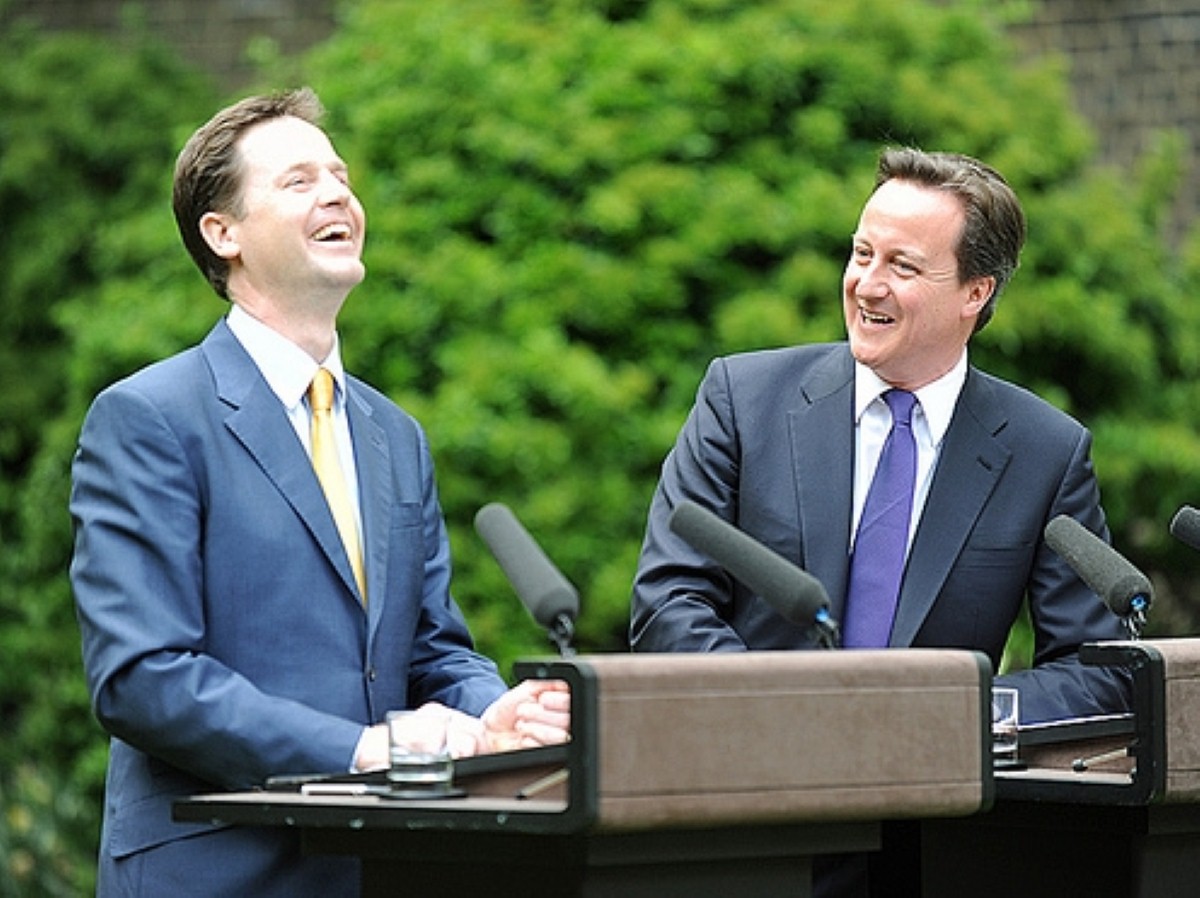 Couples wouldn’t renew half their vows, so why should the coalition?

It seemed like such a good idea. The best way of prolonging ailing coalition governments, to give them a bit of spring in their step, is to have another look at their original coalition agreement. Give it a new lick of paint. Drop all the ideas that never quite made it past the drawing board, underline the ones worth pressing ahead with and even throw some new proposals into the mix. With the coalition midgame now underway, the concept of midterm renewal has been backed by several analysts.

It has not transpired in reality. The Queen's Speech passed, with not a hint of any midterm renewal. So did the two-year anniversary of the coalition's formation. Perhaps David Cameron and Nick Clegg are holding their fire, waiting until the midpoint in November this year. Or even until next spring.

Perhaps not. I'm now told that the midterm renewal process hit a snag. As soon as discussions began, it appears, the Liberal Democrats realised that they had next to no negotiating power. The junior party's ability to throw its weight around in any meaningful way has been eroded to such a great extent that any grand deal is now effectively judged to be implausible. It is off the cards. Better to go on, and on, as we are, trying to push through the most monstrous constitutional reform of them all, and sticking rigidly to Plan A.

The latter will be reinforced by some sort of growth statement expected before parliament rises for the summer recess, it's thought. This could then be debated and endorsed by both the Tory and Lib Dem parties at their respective autumn conferences. It's a bit like renewing your vows, but only promising to keep on living together. All the other stuff – sexual fidelity, who's going to do the washing-up, etc – gets forgotten about. This is not what we had in mind in the Rose Garden.

A narrower restatement of the reasons the coalition needs to stick together is better than nothing, but is it enough? Perhaps not. This is bad news for the Lib Dems – and it could also be bad news for all Conservatives hoping the coalition will run the distance. We are only just starting the middle year of this five-year parliament. If it's already so bad that the Lib Dems can't effectively bash out any new deals, the trouble that lies ahead can be expected to arrive sooner rather than later.

The mood of the parties will be critical. I'm already looking forward to this autumn's party conferences, when we'll be able to test the mood of the Tory and Lib Dem grassroots.