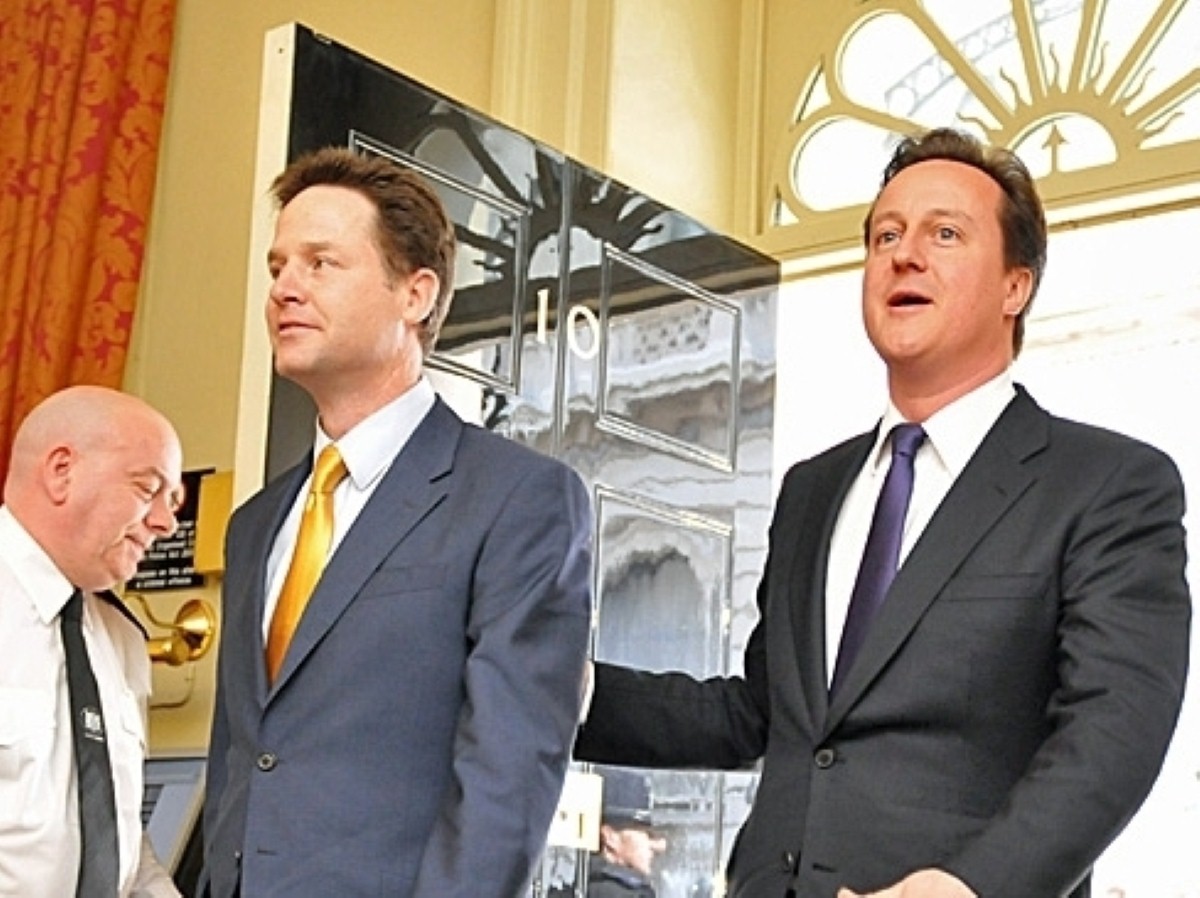 How the coalition midgame will shape its end

David Cameron and Nick Clegg's coalition midgame is well underway – but it's what happens in the next 12 months that could end up determining the fate of their partnership.

The coalition was begun as a great experiment in May 2012. It was a bold step into territory that most of those in Westminster had never lived through – or could barely remember.

But there's something about the headiness of those days which reflects a real fundamental truth of multi-party government: that coalitions tend to be most united at the beginning. The drift apart begins because of policy differences in power and intensifies as the next general election approaches.

Quite how different from governments where just one party is in control has not yet been fully appreciated, but a report from the Institute for Government out later this month is expected to demonstrate the distinction.

Akash Paun of the thinktank explains: "In a single party government, no matter how divided they may be, as you approach the next election all the incentives are to unify. You end up in 2005 with Blair and Brown having an ice cream together.

"In a coalition, the pattern is the opposite. The further you get towards the next election you have to disengage. They'll be competing in lots of seats. The tone of the election is likely to be a bit different because they have a shared record to defend, but the dynamic of it is towards greater disengagement."

The problem for Cameron and Clegg is they have invested so much of their own personal authority in the success of 'their' project. They have made clear time and again that the coalition will last until May 2015 – period.

We're now two years into their self-appointed five-year term. Well into the midgame, in short. After the boldness of their first batch of reforms, divisions over issues like Lords reform and gay marriage are rocking the boat. The honeymoon period is now nothing but a dim, distant memory.

"There's little doubt recent events and the local elections have put a huge amount of pressure on the coalition – particularly the Liberal Democrats," says Professor Tony Travers of the London School of Economics.

"Inevitably that has raised questions in the media about whether the Lib Dems would or should pull out of the coalition."

Prof Travers doubts whether this will actually happen, although he accepts some others disagree. The big test will be over the ongoing state of the economy. This is more or less dependent on the fate of the eurozone, meaning the survival prospects for the coalition are closely tied to what happens in Greece, Spain and elsewhere. If the recovery does not arrive quickly, it will be much more tempting for the Lib Dems to take action.

What form that takes is not yet clear. It might result in a government paralysed by its divisions. Or it could result in more and more public differentiation between the two parties. Neither are good news for public engagement in politics, according to the Hansard Society's Ruth Fox. "They may not engage with the detail of what those differences are and why, but they will hear the messaging through the news every night," she warns.

All this makes it sound like the widening gulf separating the Conservatives and Lib Dems is inevitable and unavoidable. To an extent it is. But it's also true that Cameron and Clegg can improve their chances of clinging on until the early summer of 2015.

Akash Paun suggests a form of "midterm stocktake", updating the coalition agreement, might be just what's required. "The original coalition agreement was ratified by the two parties. That's what MPs, backbenchers and party activists feel they've bought into," he explains.

"The further you move away from that over time, there's a risk people will start saying 'that's not what we signed up for, why should we go along with it?'"

Ministers might point to the Queen's Speech as evidence of exactly this. That would reflect a major mistake about the nature of coalition politics.

The coalition is like two planks leaning against each other. At the top – the ministerial level – the two parties are very close. Members of the government risk thinking this is reflected lower down the chain. But the lower down you go, the further away the two parties get. By the time you get to party activist level, the gulf between the Lib Dems and Tories is vast. Ministers must not forget this.

With their failure to come up with a midterm stocktake, Cameron and Clegg are – so far at least – making a big mistake. Perhaps the midway point, in November this year, might be a decent opportunity to relaunch their project. Perhaps, even by then, it might be too late.

One thing is for certain. After next year's local elections the long run-in to the next general election will begin in earnest. Issues like boundary changes and Lords reform will be grabbing the headlines as much as those about the economy. Not so far away now, is it?

The coalition's leaders need to seize the day and begin preparing for the endgame immediately. Waiting around will only increase the chances of this bold project's premature demise.