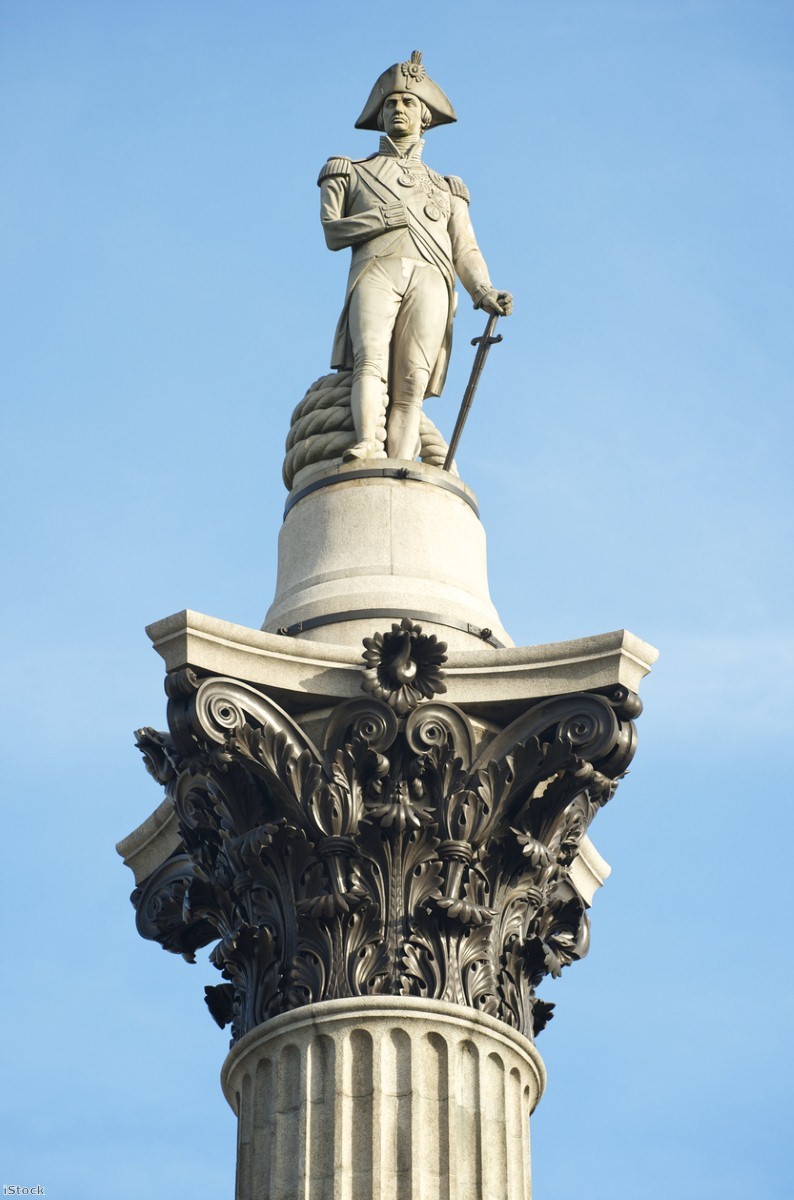 In 1882, a statue of prime minister William Gladstone was unveiled on the Bow Road in East London, at the behest of wealthy match firm Bryant & May. The firm had forced 'matchwomen' employed at the nearby Fairfield Road factory to pay for the statue, from wages which were already catastrophically low. They then forced the workers to take an unpaid half day off, to attend the ceremony.  It wasn't appreciated. The women turned the occasion into a protest, attacking the statue with rocks and bricks, and cutting their own fingers to stain it red, shouting "our blood paid for this".

Despite having no union and being at the bottom of the labour hierarchy, the matchwomen stood up for themselves often and triumphantly, using strikes and creative political protests to make their point. In 1888 they went on all-out strike against their appalling conditions and management bullying, taking on one of Britain's biggest and most ruthless firms – and winning. This wasn't supposed to happen. Bryant & May remained furious and while they licked their wounds, the matchwomen formed the largest union of women and girls in the country, launching the modern union movement.

The statue of Gladstone still stands, hands continually covered in red paint by persons unknown, but assumed to be carrying on the matchwomen's tradition. Yet, three miles away in Manor Park cemetery, Sarah Chapman, the leading light of the Matchwomen’s union and one of the first working-class women to attend the 'boys' club' of the Victorian TUC, is buried in a pauper's grave with four others. The grave is marked only by a wooden cross planted in the earth by her great-granddaughter Sam Johnson, who has recently discovered the family connection. Johnson is now petitioning to give Chapman a suitable memorial, but her efforts are hampered by the private cemetery's intention to reclaim the land.

Celebrating Sarah Chapman, a leader of the 1888 Match Women's Strike and TUC delegate. Proud to say she was my Great Grandmother.#IWD2017 pic.twitter.com/Oso2iS899i

To my mind Chapman and her sisters deserve memorials every bit as splendid as Karl Marx's at Highgate. Instead, their lives and achievements are buried, both literally and figuratively.

A spat over who we honour posthumously recently ignited between historian Professor Jerry White and writer and broadcaster Afua Hirsch.

Hirsch addressed the rise of organised racism in the US and the casus belli that its Confederate statues have become. Britain united in condemning the white nationalists who rallied round a statue of Robert E. Lee in Charlottesville, when one of their number allegedly drove a car into a crowd of counter-protesters. But, as Hirsh notes, "when it comes to our own statues, things get a little awkward".

When she questioned the message sent by Nelson's Column given that the man himself was energetically pro-slavery, things predictably kicked off. Hirsch was deluged with mostly negative replies, summed up by one she quoted verbatim: "It's History – we can't and shouldn't re-write it – we learn from it. Removing statues would make us no different to terrorists at Palmyra."

The popular 'no better than Isis'' theme was developed by Jerry White in the Evening Standard, where he decried Hirsh's arguments as the thin end of the wedge of political correctness:

"Almost any historical figure that we could think of, when tested, will come off looking like they had views that would be unacceptable to people living now."

A similar row broke out last year over the British Rhodes Must Fall movement (it began in South Africa). Rhodes, whose statue stands at Oxford University, was an undeniable racial and national supremacist, who advocated "bringing… the whole world under British rule, making the Anglo-Saxon race but one Empire". I asked the founder member of the campaign, poet and writer Femi Nylander, for his views on White's arguments.

"Professor White's line of reasoning is deeply flawed," Nylander said. "Not every historical figure was a white supremacist, or sexist. Plenty of people in the 18th century were fighting racism and sexism. Simply to say everyone in the past had some dodgy views is a way of copping out."

As to that emotive Isis comparison, Nylander said: "None of us are suggesting taking sledgehammers to statues…no-one is suggesting they be literally destroyed. They can be placed in a museum with proper contextualisation."

The truth is that monuments and reputations have always risen and fallen in line with our ever-changing relationship with the past.

The Romans had Damnatio memoriae , literally 'condemnation of memory', a legal sentence the Senate could pass enforcing compulsory 'forgetting' of those judged to have dishonoured the Roman State. Ancient Egyptians erased memorials of rulers who'd ticked them off, like Pharaoh Hatshepsut- a seemingly successful leader who brought prosperity to the region but was also, unforgivably, a strong woman who had skilfully manoeuvred herself into the top job. We know, of course, what Henry the VIII did to monasteries and cathedrals. And in America, on hearing the Declaration of Independence read for the first time, American colonists pulled to the ground a statue of King George III in Manhattan, destroying it and re-using the lead for the bullets and muskets of the Revolutionary War.

Today, statues of Hitler, Stalin and Mussolini are nowhere to be found, and the right-wing UK press led the cheers when statues of Saddam Hussein bit the dust.

So, removing memorials as sentiments change is, actually, traditional. We need to know our history, but it’s also crucial that we're not afraid to analyse it, critically if necessary. If that means campaigning for new memorials for people who have been forgotten by history like Sarah Chapman or protesting to remove statues like that of Cecil Rhodes we shouldn't be afraid to do so.

Louise Raw is a historian and the author of Striking a Light: The Bryant & May Matchwomen (Bloomsbury). Sam Johnson's petition on Matchwoman Sarah Chapman acn be found here.