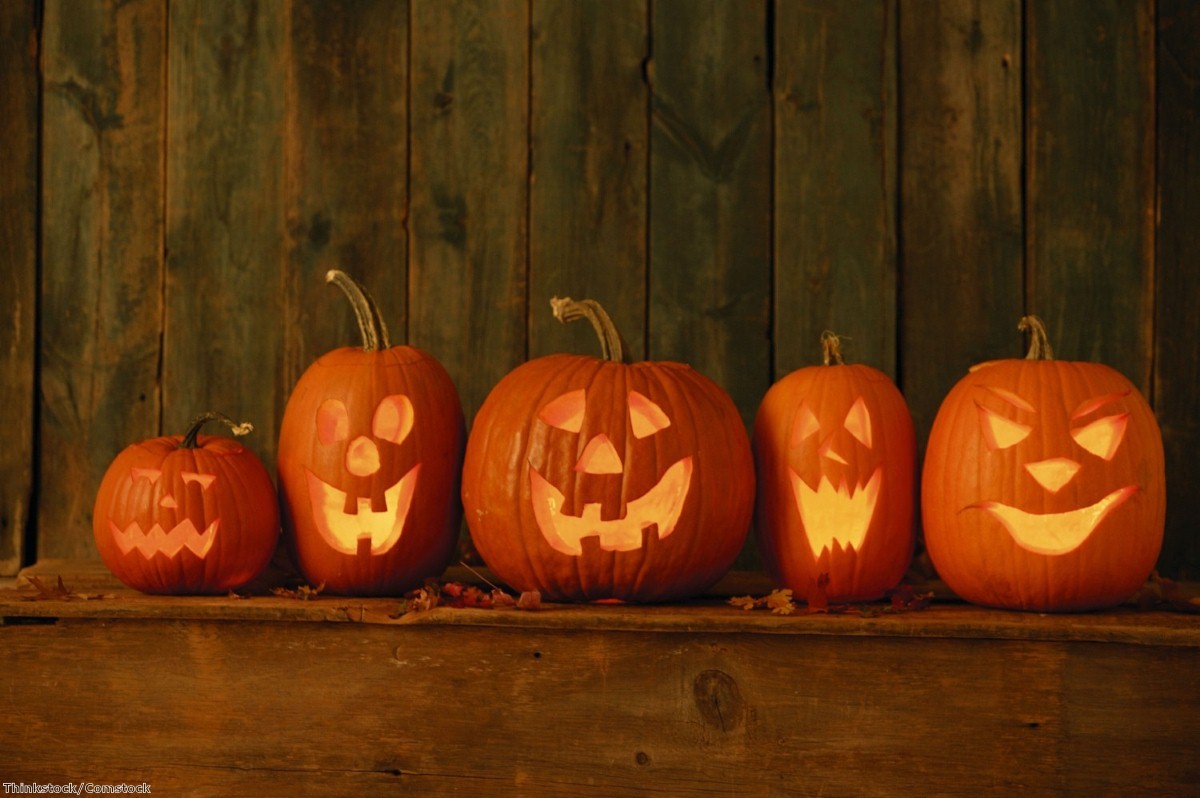 The scariest thing about Halloween is the 18,000 tonnes of wasted pumpkins

Later today, I shall be doing something exceptional. I will be out and about, doing battle with doting parents and their offspring, attempting to buy the last of the mid-range pumpkins.

For Halloween? No way. After all, where’s the exception in that: the spoiling of good edible flesh; the carving of ludicrous orange squash into gruesome jack ‘o’ lantern shapes in commemoration of an even more ludicrous un-British tradition.

Unlike the vast majority of the British public, I like to eat pumpkin: I enjoy the cloying stickiness of pumpkin pie, and the wholesome filling qualities of several quarts of good soup laid down against the winter chill. And I detest waste. Which is what, if previous years are any guide, we are about to unleash.

According to the Waste & Resources Action Programme (WRAP), pumpkin sales will rocket by around 90% in the weeks and days immediately preceding Halloween. They estimate that over a million pumpkins are purchased every year in the UK for decoration purposes.

Scarily, according to Hubbub UK, a charity dedicated to reducing pumpkin waste, some 18,000 tonnes of pumpkin will go from supermarket shelf to front doorstep to landfill sites in the UK, without ever stopping to fulfil its primary function as food.

Let’s just pause to consider that figure. 18,000 tonnes. 18 million kilogrammes. Enough to provide one simple meal for every single inhabitant of the UK. Or, with a little organisation, more than enough to provide significant support for homeless charities the length and breadth of the country.

People are going hungry while we, in pursuit of this imported non-tradition, are casually trashing vast amounts of food each and every year.

The main reason, according to Populus, is that because this habit is so recently arrived, many people simply don’t know what to do with pumpkins. According to their research from 2014, two-thirds of people will throw edible pumpkins away on or after 1 November.

However, 52% of respondents said they would re-use them if there were more recipes (has nobody heard of google?), while 42% claimed to avoid cooking pumpkins because of the hassle of having to de-seed and skin them beforehand.

Am i sympathetic? Not for an instant. The bottom line is that year after year, people head out to the shops, and buy a foodstuff quite alien to them. What sort of excuse is that?

Many years ago, while still an Oxford undergraduate, I was involved in an unhappy pig’s head incident. Not, I hasten to add, of the alleged prime ministerial kind.

I was sharing a house with several other students. In search of cheap cuts of meat, one of them visited the local butcher who – he clearly saw this lad coming a mile off – proceeded to sell him a pig’s head. For a week or so, this beast’s noggin occupied pride of place in our fridge, glaring balefully out at all and sundry.

Gradually, its flesh turned a nasty purplish colour. One ear wilted. Eventually, we admitted we had not the first idea what to do with it, and consigned it to the bin.

This was a one off.  I have never bought a pig’s head since and never would unless I knew what to do with it. Ditto samphire, abalone and calamari (which I tend to overcook to rubbery death).

Perhaps age is leading me to channel my grandmother, who survived two world wars, rationing, and a degree of austerity that makes our present state of affairs look positively sybaritic by comparison. For I cannot abide wasted food.

I'm grown up enough to understand that her simplistic nostrums, directed toward any child that failed to clear their plate, are nonsense: if I don’t eat my greens there is little chance they can be repurposed to combat global famine.

Still, there is something intrinsically wrong with a moral compass that deems it acceptable to trash 18,000 tonnes of good, edible food for the entertainment of children. I am sure there are sermons to be preached, lessons to be learned.

And if today the focus for that wrongness is the preposterous pumpkin, tomorrow it will be some other natural resource, from rare metals used to add colour to firework displays on Bonfire night, to the millions of spruce, pine and fir grown and mown down to provide christmas cheer.

The real problem is: wasting resources is nowadays no longer the exception, it's the norm. And that's far scarier than any carved pumpkin you'll see this Haloween.