If the five year period of British politics after the 2016 Brexit vote were too exciting for you, then ‘Spreadsheet Phil’ Hammond might have provided some useful respite.

Hammond then spent five years occupying two of the Great Offices of State, first as Foreign Secretary, and then as Chancellor of the Exchequer.

During his time as Chancellor, Hammond proved a stalwart defender of the ‘soft-Brexit’ approach. Resigning upon Boris Johnson becoming Prime Minister, Hammond had the Conservative whip removed altogether after he led a Tory revolt on Brexit in 2019.

As such Hammond was ‘de facto’ deselected by the Conservatives and left Parliament at the 2019 General Election. An alleged ‘goth’ in his youth, ‘Spreadsheet Phil’ turned out to be a rebel at heart. 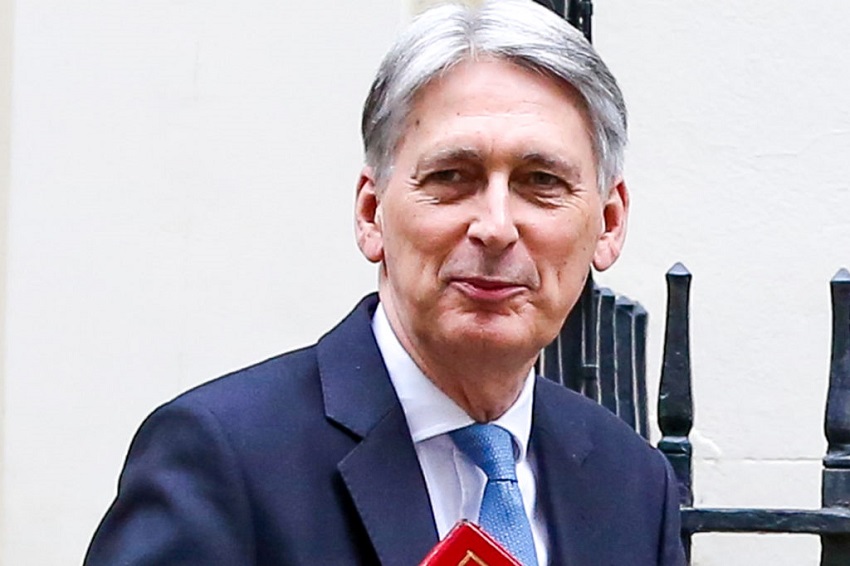 Philip Hammond, a rebel at heart.

Chancellor of the Exchequer

At 60-years-old, Hammond landed his dream job at the Treasury in 2016, upon Theresa May’s coronation as Prime Minister.

As Mrs May was championing the need to support those ‘JAM’s’ who were ‘Just About Managing’, Hammond, focused on economic stability following the EU referendum.

Labelled the ‘Secretary of State for Soft-Brexit’, Hammond’s Treasury department was soon criticised by backbench Eurosceptic MPs. According to one ‘senior Conservative at the time’, Chancellor Philip Hammond was ‘operating as a blocking mechanism’ to Brexit.

In 2019, Hammond told Andrew Marr that he would tender his resignation to Theresa May if Boris Johnson was elected Party leader.

Hammond was steadfast in his ‘Remain’ convictions at the 2016 EU referendum. As Chancellor, Hammond worked to stem what he saw as the negative impacts of the wrong type of Brexit deal.

Returning to the back benches in the Summer of 2019, Hammond worked alongside other Tory rebels to thwart the prospect of a no-deal Brexit.

In September 2019, Hammond led 20 other Tory MPs in voting against the government to make a ‘no-deal’ Brexit, effectively, illegal. Subsequently, Hammond and the other 20 rebel MPs had the Conservative whip suspended.

What does Philip Hammond do now?

Despite his fall out with the new party leadership over Brexit, Hammond was offered a life-peerage in February 2020. Lord Hammond now once again sits as a Conservative, although this time in the Upper Chamber.

In July 2020, it was revealed that Hammond had taken up a paid role as an advisor to Saudi Arabia‘s Minister of Finance.

Hammond was first elected to Parliament in 1997 for the safe Tory seat of Runnymede and Weybridge in Surrey.

Following the 2010 election and the new Conservative Liberal Democrat coalition, Hammond was made Secretary of State for Transport (2010-2011).

How old is Phillip Hammond?

What did Philip Hammond do before politics?

Hammond subsequently developed a number of business interests of his own including in property, manufacturing, and healthcare. Hammond worked as a consultant to the Malawi government from 1995 until his election to Parliament in 1997.

Hammond married Susan Carolyn Williams-Walker on 29 June 1991. The couple have two daughters and a son.

He was a young entrepreneur

Hammond was a keen entrepreneur in his youth. He has had many businesses, one of which was running discos.

At Oxford University Hammond met Colin Moynihan, later to be Lord Moynihan, with whom he began a number of business ventures. Speaking about his relationship with Hammond, Moynihan said: ‘He always saw the opportunity. He was never not thinking about how to make money’.

Newspapers have previously estimated Hammond’s wealth to be around the £8 million mark.

He went to school with Richard Madeley

Hammond was educated at Shenfield School in Essex where he shared a classroom with Richard Madeley, of later Richard and Judy fame.

Describing their school days, the television presenter has claimed Hammond was quite popular, saying, ‘he put his big boots on the desk and start reading the Telegraph and swapping political dialogue with our history teacher who was a Guardian reader’.

Madeley also suggested that Hammond was a ‘goth’ in his school days who ‘looked like Johnny Depp back in his pomp’.

He was at University with Theresa May

As a Philosophy Politics and Economics (PPE) student at Oxford University, Hammond met then Geography student Theresa May. They were acquaintances but never close, perhaps somewhat aptly reflecting their later relationship. 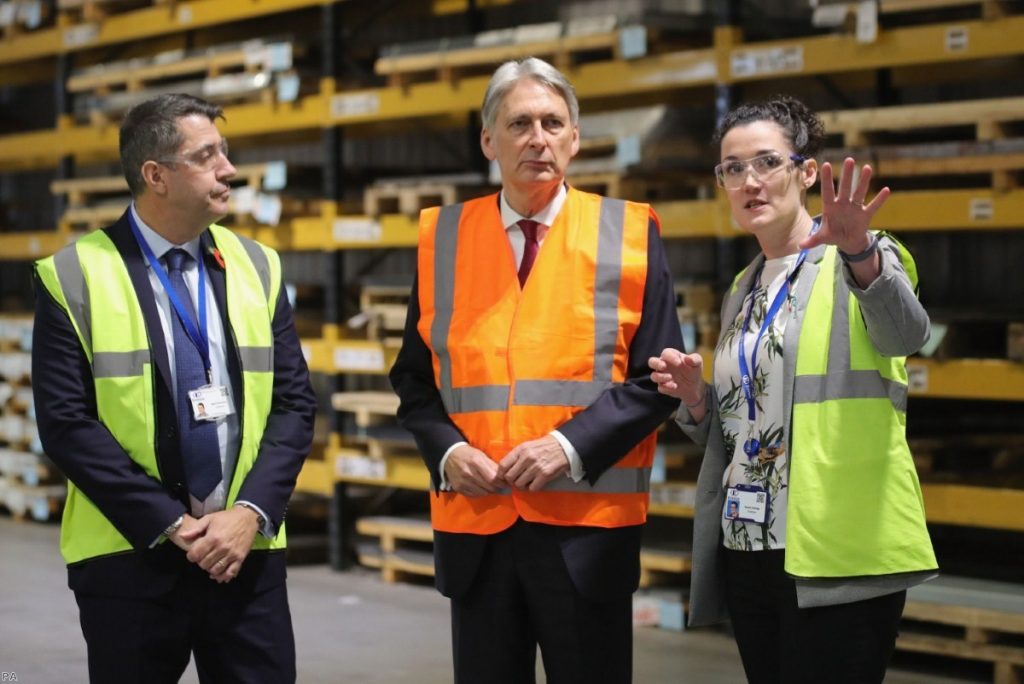 The myth of the dull: Boring politicians are no safer than exciting ones
*Comment & Analysis 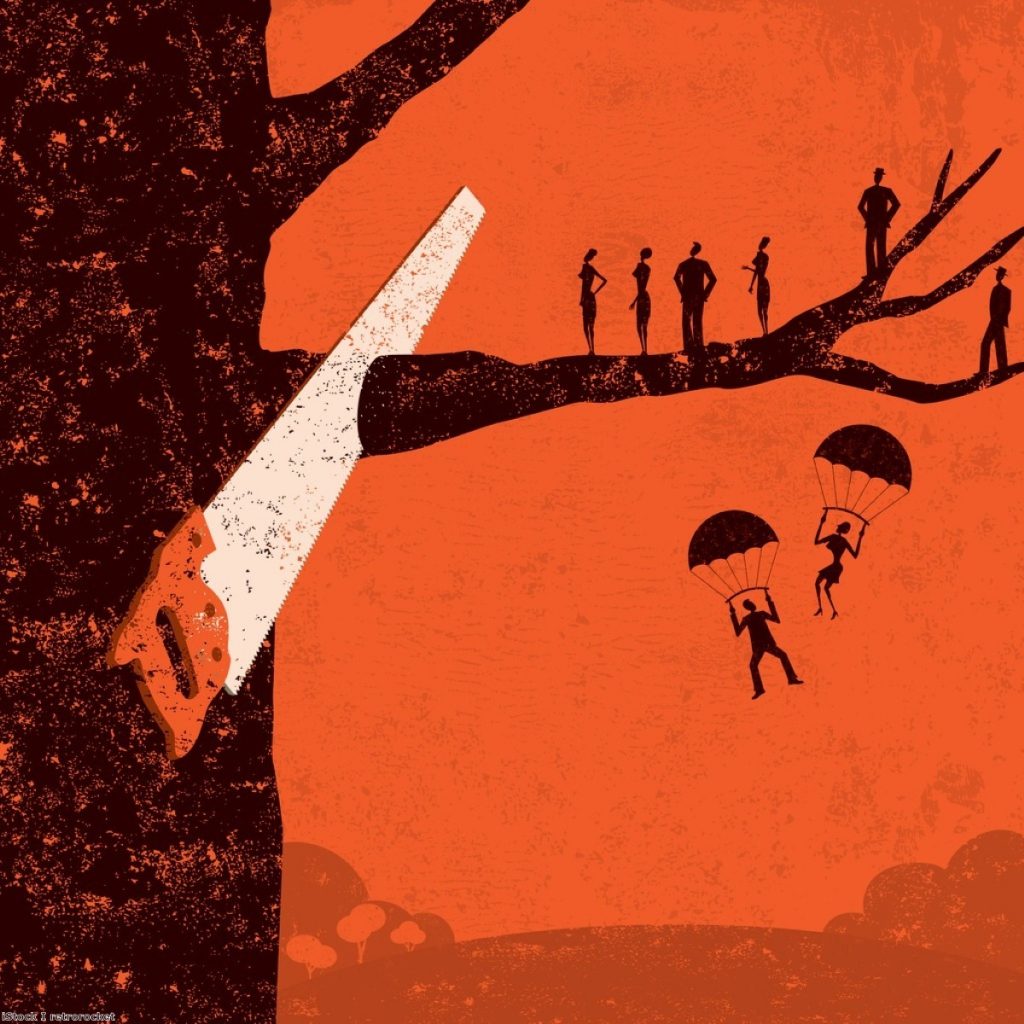 Hammond ends austerity – but only for the middle class
*Blog 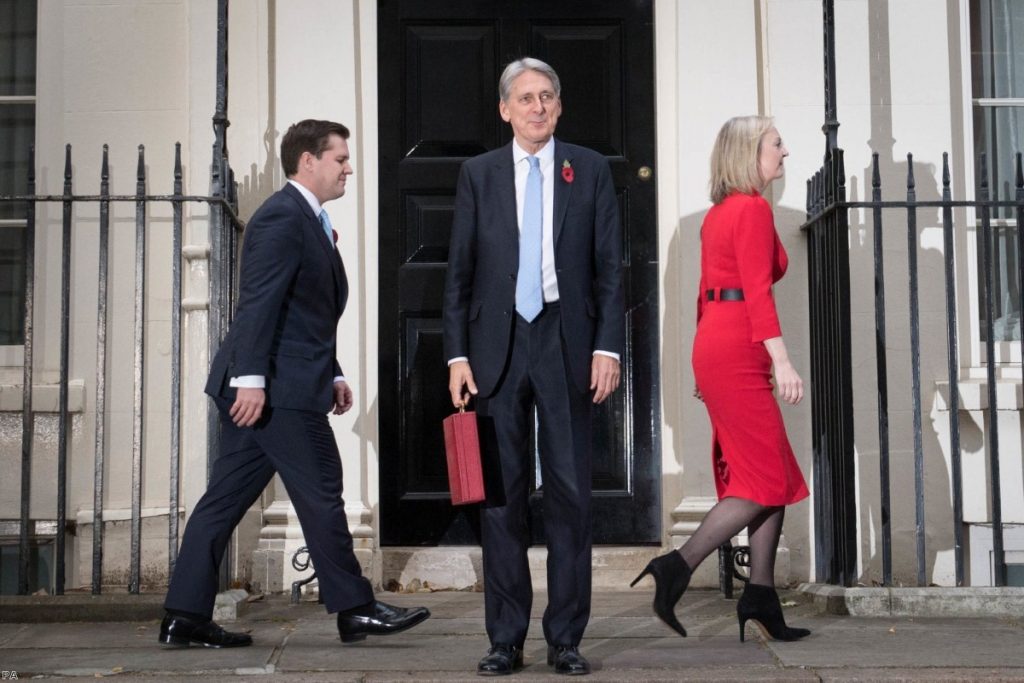 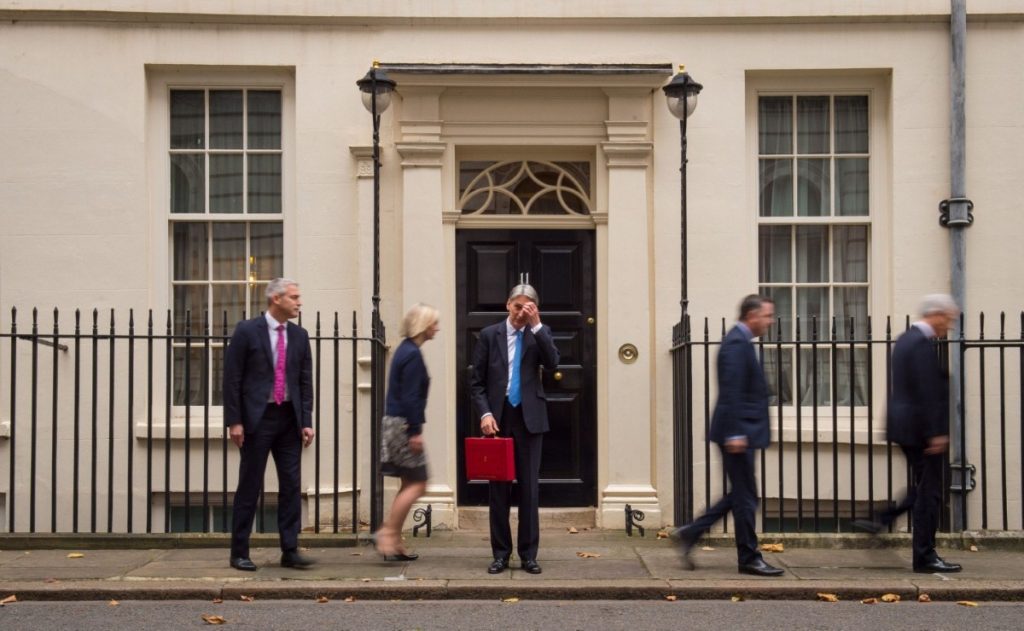 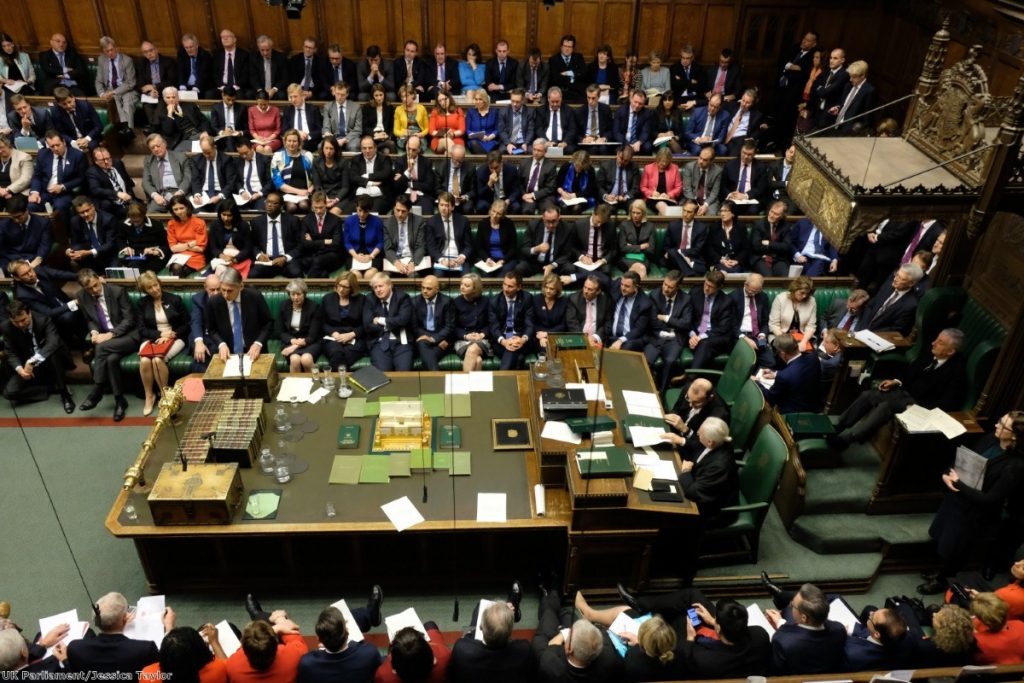 Budget 2017: Brexit has taken Britain’s eyes off the ball
*Blog 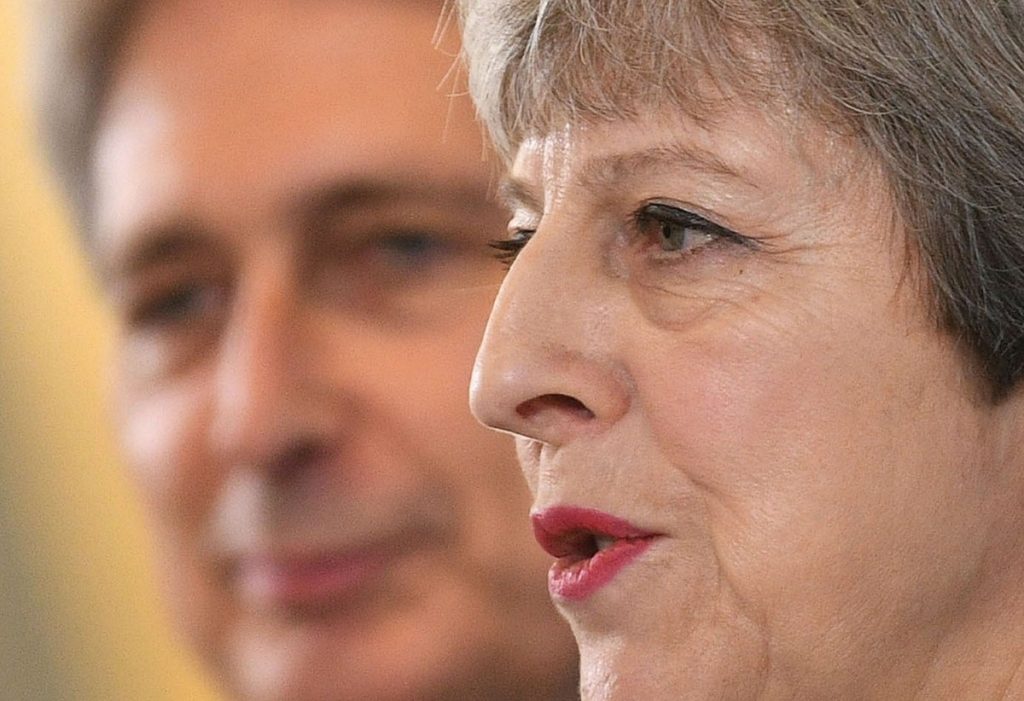 Philip Hammond, not Nick Timothy, is the Tories’ weak link in this election
*Comment & Analysis 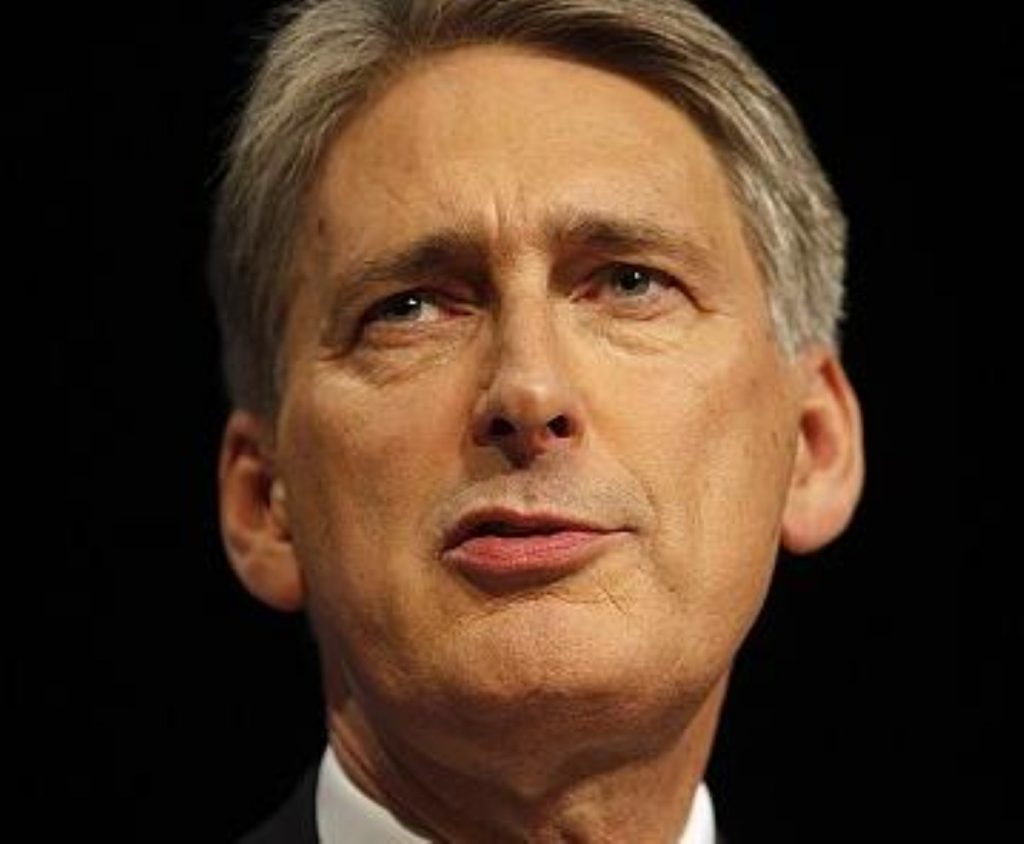 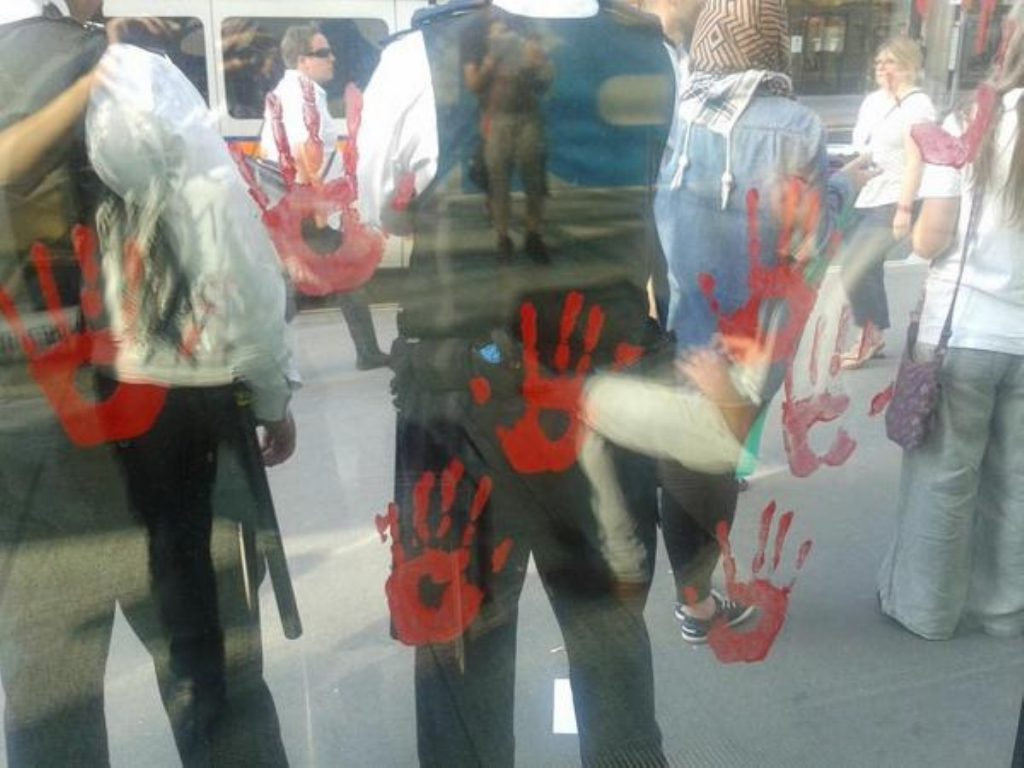