Michael Denzil Xavier Portillo, was born on 26 May 1953. In 1984, he became the Conservative MP for Enfield Southgate.

As an MP, Portillo was a strong supporter of Prime Minister Margaret Thatcher, and he was promoted to Minister of State for Transport under her. After Thatcher was ousted, Portillo continued his rise up the Ministerial ranks and became a Cabinet Minister in 1992.

He returned to Parliament as the MP for Kensington and Chelsea after a 1999 by-election, and he was subsequently made Shadow Chancellor under William Hague.

He was a candidate in the 2001 Conservative leadership election, but he finished third behind Ken Clark and Ian Duncan-Smith.

Portillo left Parliament in 2005 and has since become a broadcaster, who frequently fronts documentaries about trains.

Portillo has a strong interest in the arts and he is Chairman of the Board of Trustees of the Federation of British Artists, an educational charity for the arts. 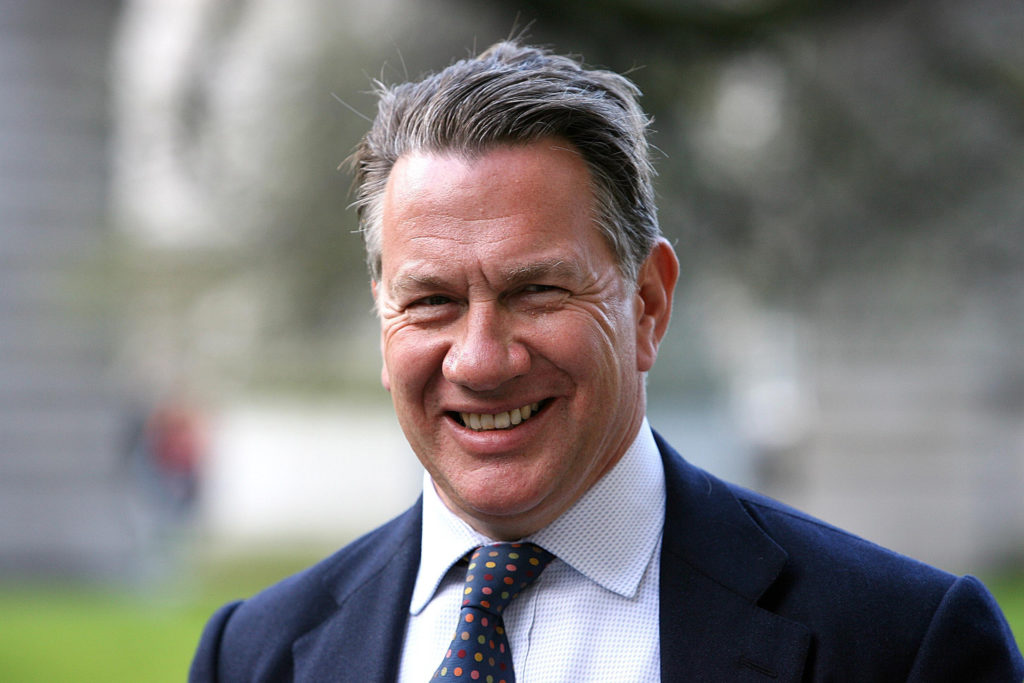 Michael Portillo is now better known as a broadcaster than a politician.

Having served as a Special Adviser to Cecil Parkinson and then Thatcher’s Chancellor Nigel Lawson, Portillo first stood for Parliament in the 1983 General Election. Portillo lost this contest, but was soon selected to contest the Conservative seat of Enfield Southgate in the 1984 by-election, caused by the death of the previous MP Sir Anthony Berry to the Brighton IRA bomb at that year’s Conservative Party Conference.

Portillo was a strong supporter of Margaret Thatcher and urged her to fight on to the last during her 1990 Conservative leadership challenge.  Thatcher reportedly told Portillo upon her deposition that, ‘great things are expected of you’ and that ‘you will not disappoint us’.

Portillo became a staple of John Major’s administration in the mid 1990s, holding a number of prominent posts.

However, there were always doubts as to Portillo’s loyalty, with many rumours circulating of a potential Portillo-led leadership challenge in the offing. Under pressure, John Major resigned in 1995 in a ‘put up or shut up’ move to his critics. Portillo considered challenging Major, but ultimately failed to do so, leaving the then Welsh Secretary, John Redwood to put his name forward.

Portillo’s loss of his Enfield Southgate constituency at the 1997 General Election became a symbol of the ‘New Labour’ landslide win of that year. Subsequent scalps of high-profile politicians at General Elections are always discussed in reference to this original 1997, ‘Were you still up for Portillo?’ moment.

Portillo returned as the MP for Kensington and Chelsea in 1999, but after a failed leadership bid in 2001, in 2005 Portillo left the Commons for good.

From 2002, Portillo developed an active career in the media, both as a political commentator and, notably, as the presenter of many train documentaries.

Portillo has had a long passion for steam trains and likes to say that ‘saving the Settle to Carlisle railway’, when Minister of State for Transport (1987-1990), was his greatest political achievement.

He has since become President of the Friends of the ‘Settle-Carlisle’ railway line.

Portillo’s media career his transcended transport, however, and Portillo has fronted many political documentaries including Channel 5’s ‘Portillo – The Trouble with the Tories’ in 2019.

Between 2003 and 2019, Portillo featured on the BBC’s political discussion programme, ‘This Week’ hosted by Andrew Neil.  From 2003 to 2010, Portillo appeared alongside the Labour MP Diane Abbott.

Having been at neighbouring schools in their youth, a young Abbott and Portillo once also appeared together in a production of Romeo and Juliet, albeit not in the title roles.

Despite his time spent travelling around mainland Europe on trains, Michael Portillo was an early supporter of Brexit.  In 2013 he followed his former boss, Lord Lawson, in calling for Britain’s exit from the European Union.

In 1999, Portillo gave an interview in which he outed himself as having had ‘homosexual encounters’ when at university.

Portillo was born in Bushey, Hertfordshire, on 29 May 1953. His father was an exiled Spanish republican, politician and professor.

In 1961, an 8-year-old Portillo was the start of an advert for Ribena, the blackcurrant drink.