One of the leading British political figures of the late 20th century, Lord Heseltine served as an MP from 1966 to 2001. Since 2001, Heseltine has served as a life peer in the House of Lords.

Beginning his career as a businessman, Heseltine quickly converted to Conservative politics and he served in each of Edward Heath’s, Margaret Thatcher’s and John Major’s administrations.

However, in 2019 Heseltine announced he would vote for the Liberal Democrats in the election of that year. A lifelong Europhile, Heseltine was a prominent ‘Remain’ voice in the Brexit debate, and regularly appears on television lamenting Britain’s departure from the European Union. 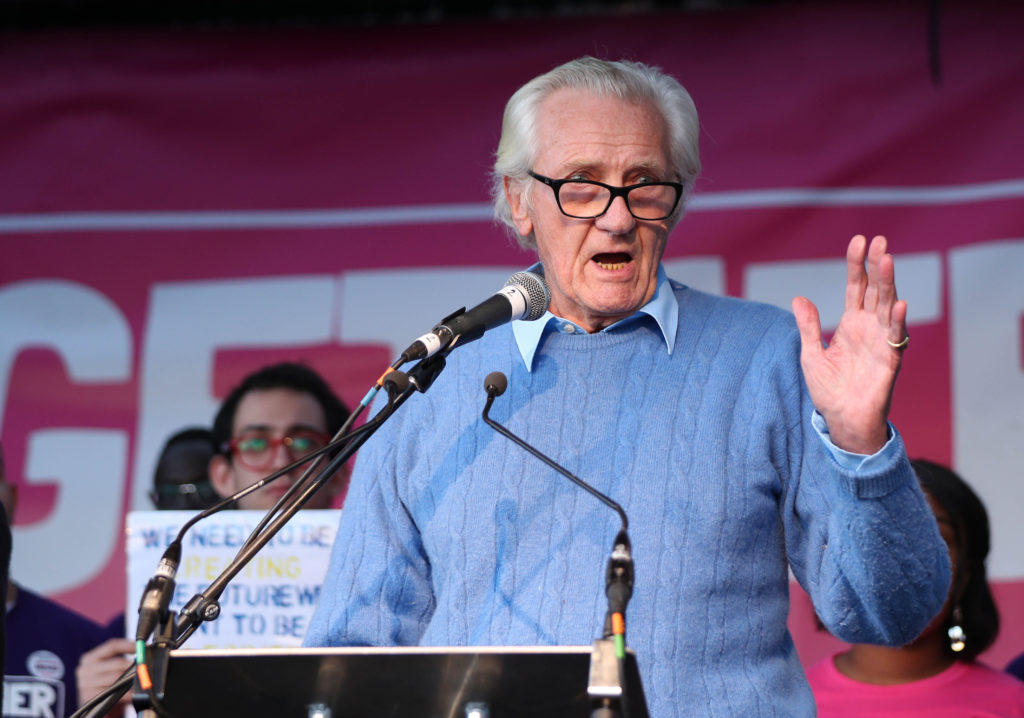 Michael Heseltine’s long standing political campaigning to place Britain at the heart of Europe, has ultimately ended in failure.

Following the Conservative Party’s victory at the 1970 General Election, Heseltine became a junior Minister at the Department of Transport under the then Prime Minister Edward Heath.

Three years later, Heseltine resigned his post in spectacular fashion. He stormed out of a Cabinet meeting after disagreements over the Westland helicopter company. This episode was later labeled ‘the Westland affair’.

A famous ‘wet’ (critic of Thatcher), Heseltine stuck the knife into his former boss in 1990 when he announced his candidacy for leader of the Conservative Party. This was despite Heseltine for many years using the carefully crafted words that he could not foresee the circumstances in which he would challenge Margaret Thatcher.

Heseltine was defeated by Thatcher, but succeeded in inflicting what became a mortal blow to the then Prime Minister. When Thatcher resigned the following week, Heseltine continued to stand for the Conservative leadership. However he was later defeated by John Major in the subsequent Tory leadership election.

Major appointed Heseltine back to the government as Environment Secretary (1990-1992), Secretary of State for Trade and Industry (1992-1995), and Deputy Prime Minister (1995-1997). Heseltine remained interested in the Conservative leadership after Major’s resignation in the fallout of the 1997 election, but he declined to run due to heart trouble.

After leaving the Commons, Heseltine was elevated to the House of Lords as Baron Heseltine.

Throughout his time in front-line politics, Heseltine argued for a centre-right, pro-European form of Conservatism. He was strongly in favour of further European integration and a fierce opponent of the poll tax introduced by Margaret Thatcher. He was a strong advocate of regional policy, and as Secretary of State for the Environment famously visited Merseyside soon after the 1981 Toxteth riots in Liverpool.

After serving in the army, Heseltine made his millions in publishing as the co-founder of Haymarket Media Group. In 1959 the company relaunched Man About Town, which became an influential men’s consumer magazine. Heseltine was educated at Oxford University.

When Michael Heseltine stood down from the House of Commons at the 2001 election, Boris Johnson was selected to succeed him as MP for Henley. Johnson said it was ‘an honour and a privilege’ to follow Heseltine.

Since 2001, the Heseltine and Johnson relationship has been less cordial.

In 2016, Heseltine claimed Boris wouldn’t become PM due to his ‘obscene remarks’ on Europe. Lord Michael Heseltine said this in reference to Johnson’s comparison of the European Union to Hitler’s expansionist goals.

Michael Heseltine and the Liberal Democrats

In 2019, Heseltine had the Conservative whip suspended in the Lords after he endorsed the Liberal Democrats at the 2019 General Election. He was a strong supporter of a second referendum following the 2016 vote to leave the European Union.

Responding to his Lib Dem backing and asked how he would advise long-time Conservative voters, Lord Heseltine was reported as saying, ‘I’m telling them to vote for what they believe and what the Conservative Party has stood for all my life and certainly all of theirs – and to put country first’. Heseltine is a lifelong pro-European.

In 1962, Heseltine married Anne Harding Williams. They have three children.

Born in 1993, Heseltine appeared alongside his wife on the BBC’s ‘Gardener’s World’. Heseltine is a keen gardener and he has written a book on the subject.