What is the Consumer Rights Act?

The Act amended consumer law and lays out the rights of shoppers in a clear and comprehensive way. Notable changes included new regulations regarding faulty products and defective goods, unfair contract terms and digital products.

The aim of the 2015 Consumer Rights Act was to aid both consumers and retailers in understanding their rights and responsibilities, and thus to reduce and simplify disputes. It also seeks to encourage business based on fair practices and access to information. 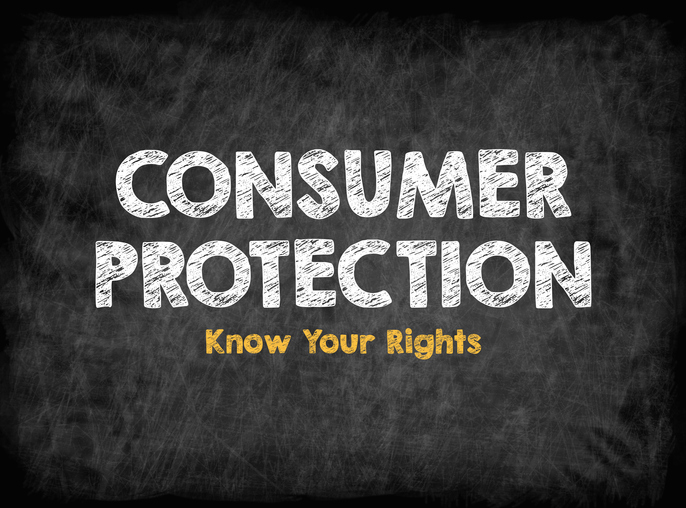 The 2015 Act created one single framework for consumer rights

The Act only regulates contracts between businesses and consumers, not those between two businesses.

Why was the 2015 Consumer Rights Act introduced?

Having to navigate this complex web of consumer law was confusing and time-consuming. These many separate pieces of existing consumer protection law and their inaccessible and legalistic language made it difficult for consumers to understand what their rights might be, and thus undermined consumer confidence when buying. For this reason, it was hoped that consumer law reform would stimulate economic growth.

Moreover, none of the existing network of British consumer laws had been written with the digital age in mind, making the application of the law to e-commerce particularly difficult.

The main provisions of the 2015 Act were as follows:

Product Quality
The Consumer Rights Act built on the Sale of Goods Act to set standards for products sold or hired: they must be of satisfactory quality, fit for use, and as described. ‘As described’ now includes as seen if a product is showcased to the consumer before the purchase.

Faulty Products
If a consumer believes that a product does not meet the three requirements of product quality, they may make a claim to the company that sold them the item. This is done through the so-called three-tier remedy structure.

The first tier consists of the consumer’s right to reject a product within 30 days of coming into possession through returning it and claiming a refund. There are some exceptions to this rule, including digital downloads and perishable goods like food.

After 30 days, the second tier becomes relevant: the retailer is entitled to one attempt to repair or replace the product.

If this is impossible or would present a significant inconvenience for the consumer, they can request a price reduction or full refund under the third tier.

Within the first six months of owning a product, it is assumed that any faults were not caused by the consumer, and the burden of proof is with the retailer if they believe the consumer damaged the product.

After six months, the consumer must prove that the product was already faulty when they bought it in order to make a claim against the retailer. There is a time limit of six years within which a claim must be made.

Deliveries must be made within 30 days of the purchase if no alternative date has been agreed upon. If a delivery is late and a reasonable new delivery date cannot be negotiated, the consumer may end the order and ask for their money back.

Digital Content
Digital content is defined by the Act as ‘data which are produced and supplied in digital form.’ If it is paid for, or offered for free alongside a paid product, it is also considered how digital content must meet the requirements of product quality.

As a return is not possible for digital content, an initial claim against the seller can only result in repair or replacement. Unlike with physical goods, the supplier has unlimited chances to attempt to repair or replace. Only if this is impossible does the consumer have the right to ask for a partial or total refund.

The consumer is also entitled to compensation for any hardware or software that has been damaged because of the faulty content, regardless of if this was free or paid for.

Services
Services may be provided with goods or without, and usually involve an individual using their skills and equipment to do something for the consumer, such as cut their hair, clean the windows of their house, or provide transport.

There is a separate set of minimum requirements for services supplied, including adhering to a spoken or written contract, and providing the service correctly, with reasonable care, for a reasonable price and within a reasonable timeframe.

If these are not met, the consumer is entitled to the trader fixing the insufficient aspect of the service, or if necessary, to do it all again for free. If this is not possible or would cause significant inconvenience to the consumer, they are entitled to claim a partial or total refund.

Unfair Contract Terms
The Act also provides protection for consumers from unfair or misleading contracts. An unfair term is one that ‘contrary to the requirement of good faith, causes a significant imbalance in the parties’ rights and obligations under the contract to the detriment of the consumer.’ These may include concealed charges or conditions that limit the consumer’s rights as set out in the Act.

There is a so-called ‘Grey List’ of possibly unfair contract terms laid out in the Consumer Rights Act, including disproportionate charges for the consumer to exit a contract. If a consumer believes that they are part of an unfair contract and have not been able to resolve the issue privately, they may appeal to a court. Courts are also allowed to review contract terms on their own initiative, when there is sufficient evidence that the contract terms are unfair.

To this end, the jurisdiction of the Competition Appeal Tribunal was expanded, and the option for many consumers to join together to pursue a ‘collective action’ was introduced.

Under these provision MasterCard was challenged by a collective action’s £14 billion claim for its cross-border charges on retailers. The argument was that these high charges on businesses led to products being more expensive for consumers. However, these collective proceedings were unsuccessful, as the Competition Appeal Tribunal ruled in 2017 that it would be too difficult to quantify the effect of MasterCard’s charges on consumers.

Read the Consumer Rights Act 2015 in its entirety here.

PMQs: One side ‘out of touch’, the other ‘champagne socialists’
Uncategorized