In the UK, video surveillance cameras are used to monitor public behaviour or movement.

Closed-circuit television (CCTV) and video surveillance systems are instrumental to the detection of suspicious or criminal behaviour, and the investigation of criminal incidents. Footage captured on CCTV permits post-incident evidence gathering, forensic analysis, and the early identification of ‘hostile reconnaissance’ such as the planning phase of terrorist attacks.

In addition to crime prevention, video surveillance techniques are applied to investigate health and safety concerns with regards to public liability claims. 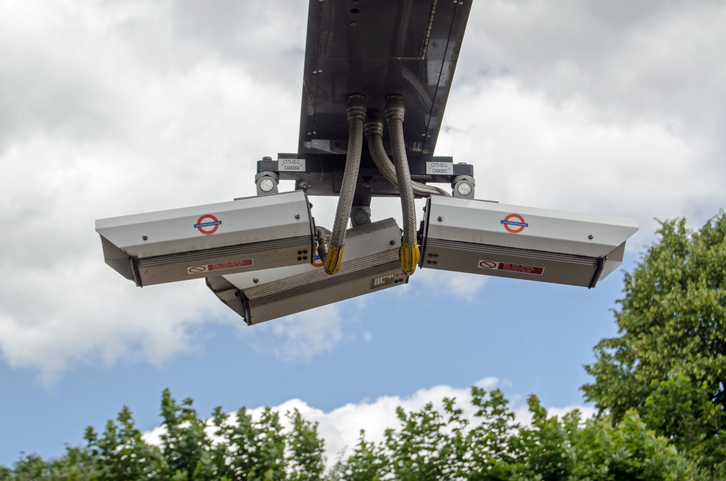 There are now said to be over 5.2 million CCTV cameras in the UK.

To enhance community safety, CCTV cameras are placed in high-risk, busy, or secluded public spaces such as town centres, train stations, shops, and car parks. Surveillance camera system techniques are used across a wide range of public and private sectors. In addition to local councils, police forces and security services, privately-operated CCTV cameras are commonly used by private business and even on domestic property.

Surveillance camera operators are charged with watching the live footage in a nearby monitoring suite.

All data is stored under high-security conditions and is released upon request for legitimate purposes, such as in criminal investigations.

Under the Data Protection Act 2018 and the accompany general data protection regulation, all individuals have the right to request footage of themselves and may do so by contacting the surveillance camera owner.

According to IFSEC Global, there were approximately 5.2 million CCTV cameras in operation in the UK in 2020. This is the equivalent of one camera for every 13 people.e

96% of the UK’s surveillance cameras are owned by private businesses and homeowners.

The Arguments in favour of surveillance cameras

The development of the CCTV system was seen by many as a major breakthrough in crime prevention.

Surveillance footage forms a key component of UK crime prevention strategy. It is often retrieved as evidence in court trials and in identifying suspects. Data gathered by the British Transport Police between 2011-2015 drew positive correlations between the presence of CCTV cameras and successfully solved crimes.

CCTV cameras have been found to reduce crime rates in targeted areas, thereby maximising both perceived and actual public safety levels. Criminals are less likely to commit premediated crimes with the knowledge that their actions are being recorded. The effect of CCTV has been particularly strong in disincentivising petty crimes such as shoplifting and car vandalism.

A 2010 report by the House of Commons Home Affairs Select Committee cited a study conducted by the Swedish National Council for Crime Prevention. The study found that the presence of CCTV cameras served as a deterrent for calculated criminal activity. In the sampled areas, surveillance cameras caused a 16% decrease in crime compared to areas with no CCTV.

This positive result was largely influenced by the effectiveness of CCTV in car parks, where crime rates were found to decrease by 51% following the implementation of cameras. A much smaller reduction of 7% was reported in city and town centres, and public housing.

Where crimes are not prevented, video surveillance footage allows for advanced post-crime investigation. By consulting concrete evidence, police and security services are able to identify criminals with much greater speed and accuracy than in previous decades. Identification techniques have been aided by the growth of facial recognition and analytical software.

According to a report by the Authority on Video Surveillance, there is a motivational difference between public sector and private sector cameras. In the public sector, surveillance technology is installed to prevent crime from occurring in the first place (e.g. shoplifting), while in the private sector, there is greater emphasis on solving and investigating crime once it has happened (trespassing, or vandalism on private property). This core difference is highlighted by the fact that footage from authority-owned cameras is watched 24/7, whereas private footage is generally only retrieved as and when it is required.

The report concludes that video surveillance has been proven to be widely effective in reducing premeditated crime, with particular emphasis on car theft. However, the implementation of CCTV has shown little or no effect on reducing spontaneous crimes of passion, including drunken acts of violence or assault.

The proliferation of CCTV in public places has fueled unease about the erosion of civil liberties and individual human rights, raising concerns of an Orwellian ‘big brother’ culture.

Critics of CCTV claim that constant surveillance of public places is a breach of personal privacy. The storage, ownership and accessibility of recorded CCTV footage is also a source of controversy.

This issue first came to attention in 1995, when one man, Geoffrey Peck, was ‘caught’ on CCTV in 1995 attempting to commit suicide in Brentford town centre. The footage was widely disseminated to the public, without the consent of Peck. In 2003, the European Court of Human Rights found that, although Mr Peck was in a ‘public’ place he was still entitled to privacy and that it was not foreseeable for him to have expected this level of public exposure.

The Court considered the use of CCTV footage to be a breach of Article 8 of the European Convention on Human Rights, in terms of the right to respect for family and private life. The UK was ordered to pay compensation to Mr Peck. This case highlighted potential gaps in the UK’s protection of individual privacy and helped influence MP’s calls for the introduction of free-standing privacy law in 2003. The Protection of Freedoms Act 2012 contained provisions for further CCTV regulation and for the appointment of a Surveillance Camera Commissioner to monitor a code of practice for the operation of CCTV.

Nonetheless, concerns continue to be raised about the intrusive nature of CCTV and its legal implication. This rose to the forefront of public attention when the website Internet Eyes rallied public subscribers to report crimes by watching CCTV footage on their website. Rewards of up to £1,000 were offered to subscribers who successfully alerted a business owner of an emerging crime. Civil liberties campaigners described the initiative as distasteful, encouraging members of the public to ‘spy’ on each other for no legitimate reason. Charles Farrier, spokesperson for the group, ‘No CCTV’ responded that “Internet Eyes must be challenged”, voicing his fear that citizens would share the footage on social media sites.

Despite changes in data protection law, CameraWatch claimed in 2013 that less than 10% of CCTV complied with the requirements placed on them by the Data Protection Act 1998. Moreover, opponents of public video surveillance raise the difficulty of discerning when a CCTV camera is being used for a malicious purpose, as opposed to as a security device. Inadequate regulation exists to prevent cameras from being pointed through the windows of a private property, or deliberately tracing the known path of an individual.

The efficacy of CCTV

In addition to widespread debates balancing national security and personal privacy, the 2010s saw rising discussion around the practical use of CCTV.

Video surveillance has been described by many as a ‘less effective alternative to police patrol’. Spontaneous acts of violence cannot be prevented by video surveillance, and facial recognition is easily avoided by wearing a mask.

When CCTV operation officers witness a crime taking place in secluded areas, there are often delays of up to 30 minutes before support officers reach the scene. Under these circumstances, and where face masks conceal a criminal’s identity, surveillance footage is branded redundant.

This stance is though criticised by those who claim that the public is unlikely to see – and therefore realise – the day to day impacts of CCTV. The deterrence capacities of surveillance, for instance, will go unnoticed. And the footage most exposed to the wider public is that released by the media in the aftermath of an incident which, naturally, it did not prevent.

Residential or domestic CCTV cameras are not subject to the Data Protection Act, unless being used to record beyond the bounds of the owner’s property.

Compliance with the Code of Practice is encouraged by the Surveillance Camera Commissioner, who works with relevant authorities to improve their awareness of the code. The Commissioner is also charged with advising Ministers on when the code requires amending, and reviewing how effectively the code is working.

Amidst increasing concerns that authorities were conducting disproportionate and ill-intentioned surveillance, the Act was amended to require public authorities to obtain the approval of a magistrate before undertaking covert surveillance or using covert human intelligence sources. The Act was updated with the Investigatory Powers Act, 2016.

CCTV was first developed in the late 1970s; its use initially confined to high-risk security targets such as banks.

For a long time, the camera units were expensive and the picture quality was poor. Images of blurred and grainy silhouettes of fugitives would attract significant public derision when broadcast on TV programmes such as ‘Crimewatch’.

Modern surveillance cameras are now capable of remote operation and produce high-resolution colour picture quality. CCTV is now capable of recognising individual car number plates and recording them on central databases, as was testified by the congestion-charging scheme introduced in London in 2003.

A ‘talking’ video surveillance system was trialled in Middlesbrough in 2006 as part of a government crack-down on anti-social behaviour and petty crimes. The CCTV cameras were fitted with speakers, allowing staff in control centres to speak directly to people misbehaving on the street, telling them, for instance, to stop fighting or to pick up litter. The trial was such a success that the scheme was extended to 20 more towns and cities the following year.

The Home Office launched a consultation in March 2011 on how to regulate the use of video surveillance and automatic number plate recognition technology; the purpose being to give operators and members of the public an opportunity to express how the technology could be made “more proportionate and effective”. The Government referred to the consultation as “the first step towards a new code of practice for CCTV” as set out in the Protection of Freedoms Bill.

The Protection of Freedoms Act was enacted in 2012 to further regulate the use of surveillance cameras in public places.

“My anxiety is that we don’t sleepwalk into a surveillance society where much more information is collected about people, accessible to far more people shared across many more boundaries, than British society would feel comfortable with,” – Information Commissioner Richard Thomas, 2004

“All too often criminals get away with crime because, although their activity is monitored by CCTV, it is not observed at the time of the offence but only later on reviewing the footage when it is too late to stop commission of the crime,” spokesman, Internet Eyes, 2010

“It won’t come as a shock to most people that the number of CCTV Cameras in the UK has hit a new high, driven mainly by residents installing home security camera systems in the last year. The popularity of doorbell cameras is relentless”, James Ritchey, CCTV.co.uk, 2020

As of 2020, there were as many as 5.2 million CCTV cameras in the UK, with 1 camera for every 13 people. 96% of these cameras are operated by private businesses and homeowners. [Source – cctv.co.uk]

In 2020, Freedom of Information requests showed that the UK cities recording the highest number of operational CCTV cameras are as follows: 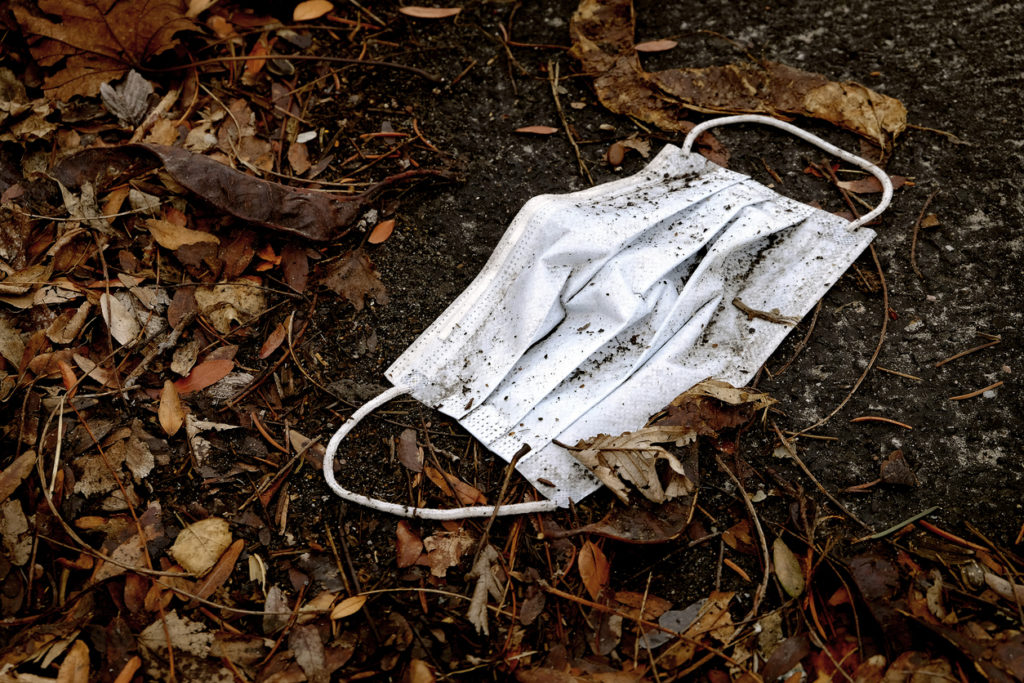 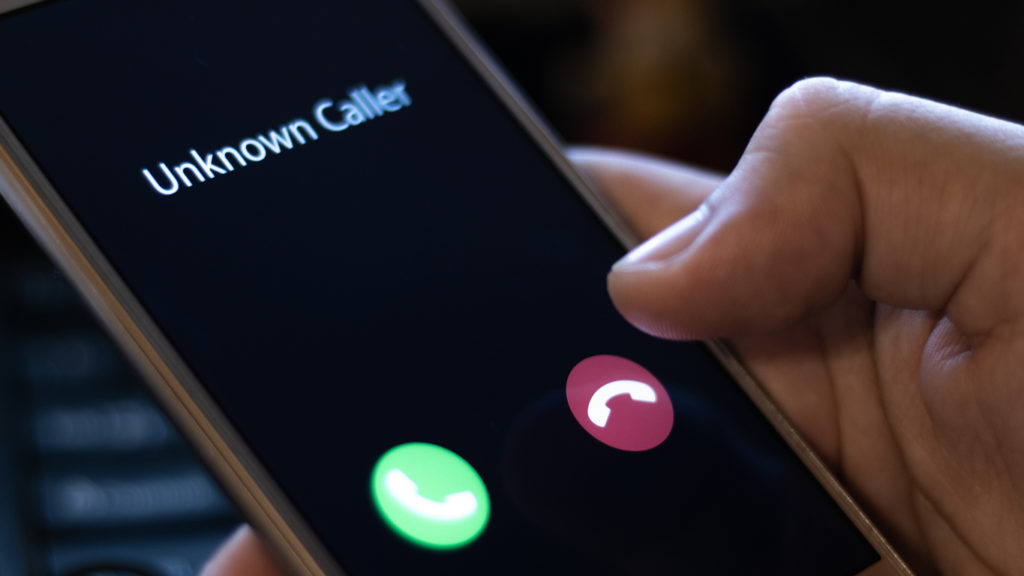 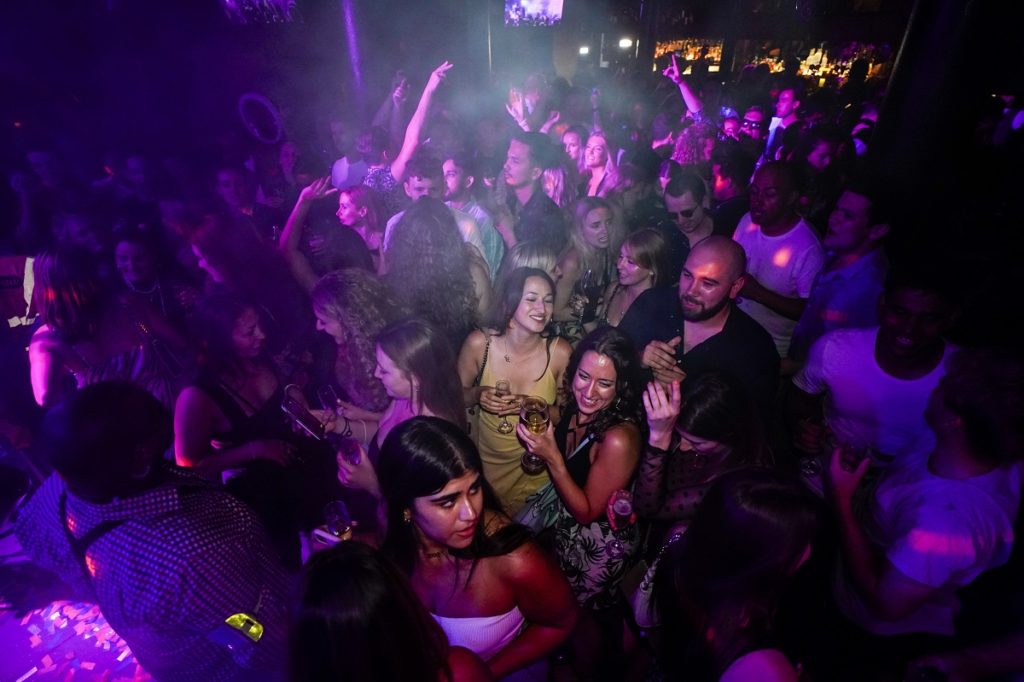 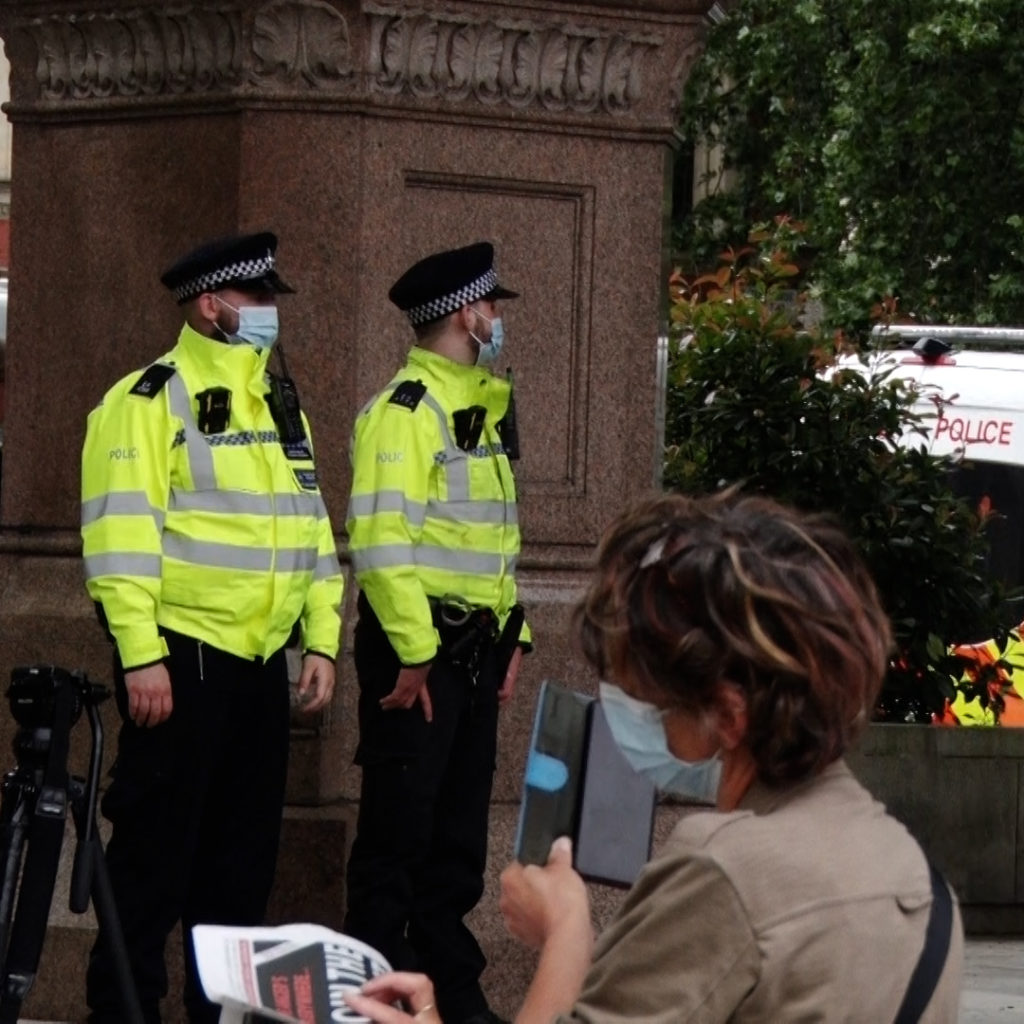 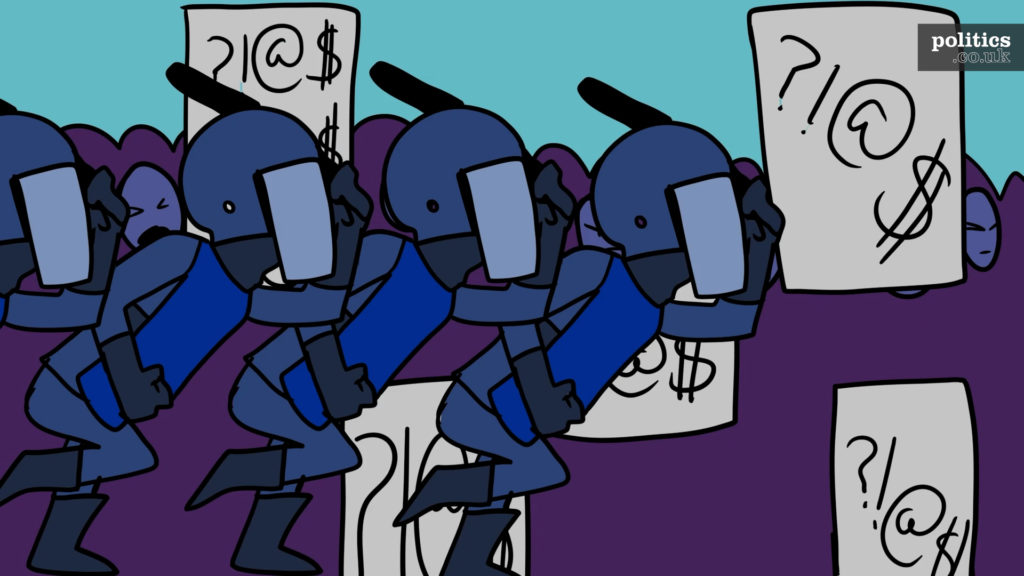 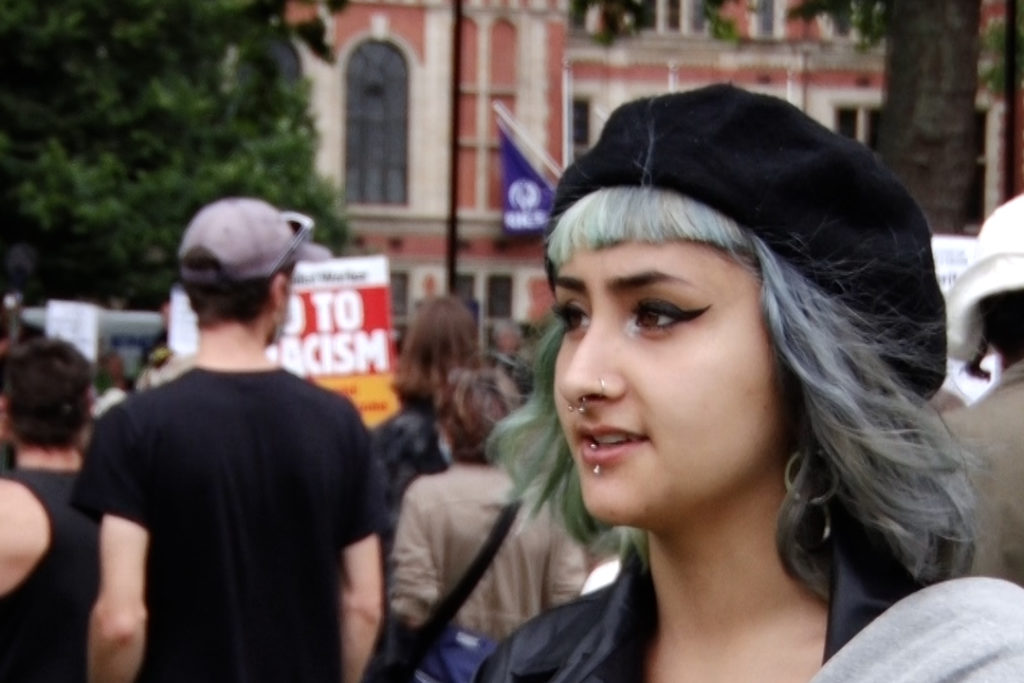 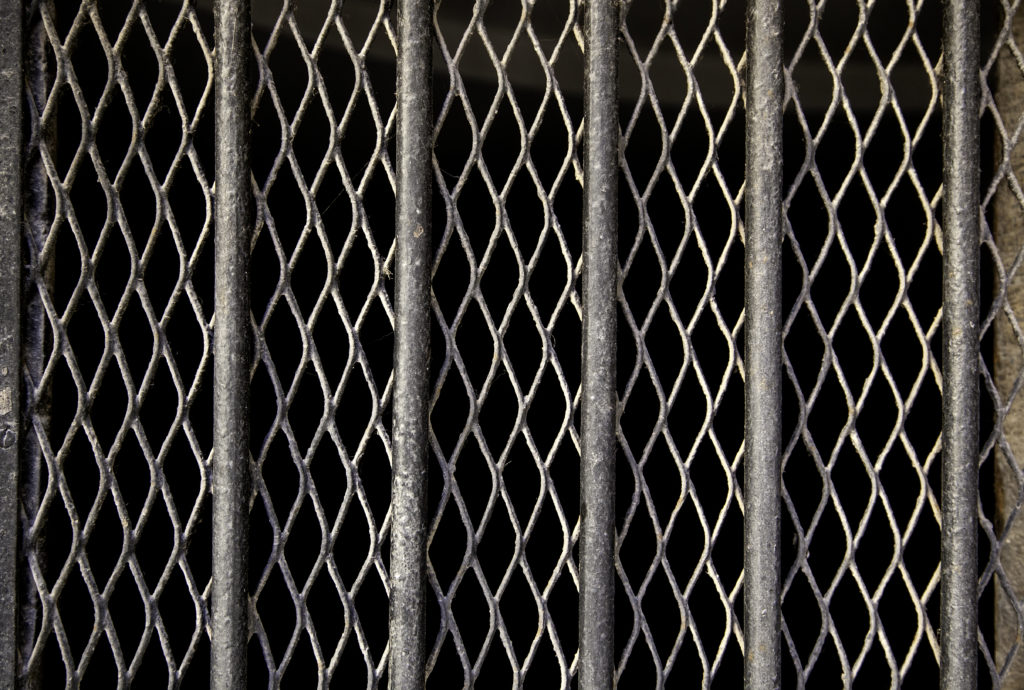 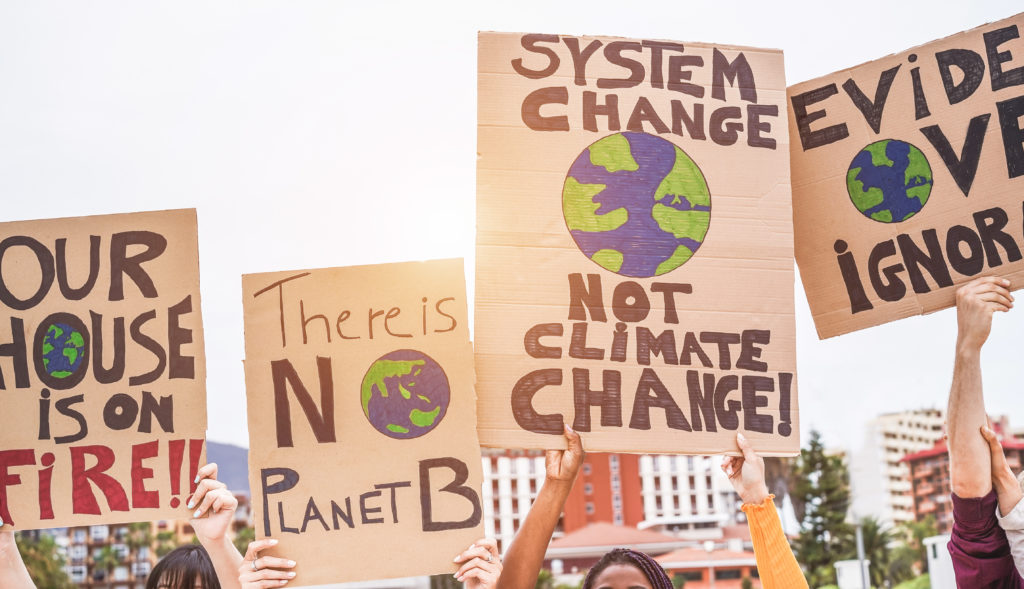