What is Air Passenger Duty

From 1 April 2021, airline passenger duty ranged from £13 to £541, depending on the destination and class of travel. Some three quarters of airline flights are said to be taxed at the lowest band rate of £13 per person.

In 2011, the Treasury described the tax as “primarily a revenue raising duty which makes an important contribution to the public finances”. Its potential environmental benefits were considered secondary. Since its implementation in 1994, the government’s charge on air passengers has undergone significant structural reform and risen by up to 539%.

Compared with the UK, the vast majority of European countries do not levy an air departure tax. Just six EU countries levy a similar charge, and at lower rates than the UK. 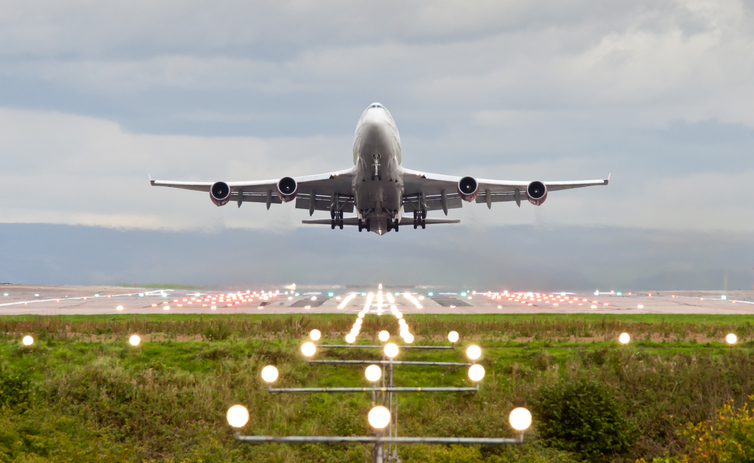 Passenger air duty rates in the UK are the highest in Europe.

Air passenger duty is paid upon booking, although not collected if an occupied seat doesn’t fly. If passengers are unable to take their flight, they reserve the right to claim back the tax that they have paid from the airline. This may though incur administrative fees from certain companies.

Children under the age of 16 are exempt from APD when travelling in Economy class. Passengers are also exempt when passing through a UK airport as part of a long-haul flight to another destination, provided that their stop over time does not exceed 24 hours.

Air passenger duty faces objection from the airline industry, which views the tax as socially regressive. The tax is said to hinder the viability of air travel in lower socio-economic brackets.

It is also considered to place pressures on immigrant communities who wish to visit their family overseas, families which are often located in the long haul destination categories.

In the past, the Association of British Travel Agents (ABTA) has campaigned for the duty to be frozen at its existing levels. The Campaign group ‘A Fair Tax on Flying’ has sought reformed and reduced rates, while British Airways called on the Government to scrap the tax altogether.

Air passenger duty is also said to have an adverse impact on the UK economy, increasing international trading costs and presenting financial strains on businesses dependent on UK air travel.

It is claimed that abolishing air passenger duty would help drive inward investment and tourism into the UK. Airlines groups have suggested that this would include the creation of some 60,000 jobs through industries such as tourism. In 2017, tourism sustained over 3 million jobs in the UK and contributed £127 billion to the UK economy, with three quarters of these visits arriving by air. These claims are reinforced by the experience of Ireland. After Ireland abolished its equivalent duty in 2014, there was an increase in air traffic at Dublin Airport, with Ryanair and Aer Lingus opening new routes.

A 2013 study by PwC found that abolishing the tax would result in a positive annual gain of £0.25 billion to the UK economy.

The case for taxing air travel

Those opposed to the reduction or abolition of Air Passenger Duty point to the overall contribution that the charge makes in terms of a contribution to the UK exchequer.  This source of income supports the funding of public services. In response to industry calls to scrap the tax, the Labour Party has previously warned of the financial strain this would impose on the Treasury. In 2019, air passenger duty raised an estimated £3.7 billion for the UK economy.

It is also noted how aviation remains relatively under taxed compared to other forms of transport like motoring. The Aviation Environment Federation wrote that the tax compensates for the “anomaly that aviation is otherwise tax-free, paying neither VAT nor fuel duty”. The Group disputes claims that increased aviation results in increased trade, and maintains that business travel is insensitive to price changes.

It is also pointed out that since its introduction, Airline Passenger Duty has not negatively impacted on the growth of the aviation sector, with the sector having seen an average growth rate of 5% over the past 40 years.

Environmental campaigners have further suggested that air passenger duty should be increased to offset the environmental impact of aviation. Air pollution around Heathrow, the UK’s busiest airport, has regularly breached legal limits.

It is claimed that airline taxes can be a powerful policy weapon in tackling climate change. In 2007, the Treasury forecast that the rise in aviation tax would reduce CO2 emissions by around 0.3 million tonnes a year.

Over the years, there have also been persistent appeals for air passenger duty to be charged on the aircraft itself – a ‘per plane approach’ – rather than the passengers within it.  It is claimed that the emissions from an aircraft are significant, regardless of how many passengers are inside the plane.

Airline Passenger Duty was introduced in 1994 with a set rate of £5 for domestic and EU air travel, and £10 for all other destinations. It has since undergone a number of reforms.

In 1997, the rates for airline passenger duty were doubled.

In 2001, the original set rates were divided into different rates for economy and first class. These rates remained frozen until 2006, when Chancellor Gordon Brown initiated plans for further reform.

In November 2008, it was announced that the government’s air traveler tax would be restructured to better reflect the varying length of flights. The new structure was enforced the following year and introduced four geographical bands based on their distance from London to the capital city of the destination country.

The new bands increased at intervals of 2,000 miles, ranging from 0-2,000 miles, all the way up to over 6,000 miles. This meant that passengers flying further from the UK would pay a higher tax rate. Each band contained a ‘standard rate’ and ‘reduced rate’; the latter applying to economy class travel.

This structure was criticised for placing disproportionately high tax rates on certain destinations. Following the four-tier system, flights to distant US states such as Hawaii would be taxed at lower rates than India and Caribbean Islands, based simply on where the country’s capital was based.

The bands were subsequently reduced to two, a standard rate, and a single higher rate for a long haul flight defined as one over 2,000-miles in length. In response to this change, a Virgin Atlantic spokeswoman commented: “A two-band APD rate is a very welcome simplification to remove some of the biggest distortions of the current system.”

Air Passenger Duty originally applied only to aircraft carrying more than 20 passengers but, in 2013 this was amended to include private jets with lower capacities.

In 2020, it was controversially suggested that the airline FlyBe might be allowed to defer as much as £100 million of Air passenger duty payments as part of an agreement to try and secure the future of the ailing airline.

Former Chancellor Kenneth Clarke, in his 1993 Budget speech which introduced air passenger duty: “I need to raise revenue, but to do so in a way which does least damage to the economy.”

Dale Keller, speaking on behalf of the Board of Airline Representatives in the UK: “The government has finally acknowledged what the industry and business knew all along – that the highest rates of aviation tax in the world were a brake on driving the UK’s economic growth with emerging markets.”

The UK is ranked 137th out of 138 when it comes to possessing high airline ticket taxes and charges according to the 2015 World Economic Forum’s Travel and Tourism Competitiveness Report. Only Chad ranks lower than the UK.

A report by the Centre for Economics and Business Research estimates the annual contribution to the UK economy of the leisure aviation industry to be £14.1bn.