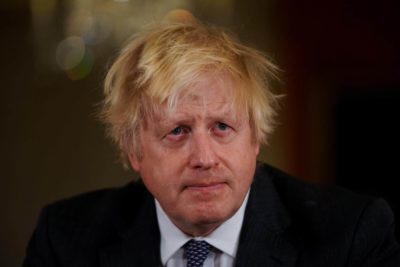 Minister says PM does not owe Nazanin Zaghari-Ratcliffe an apology

A minister has insisted that Boris Johnson does not owe an apology to Nazanin Zaghari-Ratcliffe following her six year detainment in Iran.

Ms Zaghari-Ratcliffe touched down in the UK this morning after being released by Iranian authorities yesterday.

In 2017, Boris Johnson erroneously informed MPs that Mrs Zaghari-Ratcliffe had been “teaching people journalism” before her detainment by Iranian authorities.

Mrs Zaghari-Ratcliffe’s family and her employer have both maintained Mr Johnson’s comments were untrue.

However his statement was referred to as proof by Iranian authorities that she was responsible for “propaganda against the regime”.

“The simple truth of the matter is it was always within their gift to release Nazanin and Anoosheh and Morad and others, they chose not to. They are the sole party responsible for the suffering these people have endured in the last few years.”

Cleverly suggested he had: “absolutely no doubt that [Mr Johnson’s] comments made no difference”, citing the number of people of various nationalities detained in the Republic.