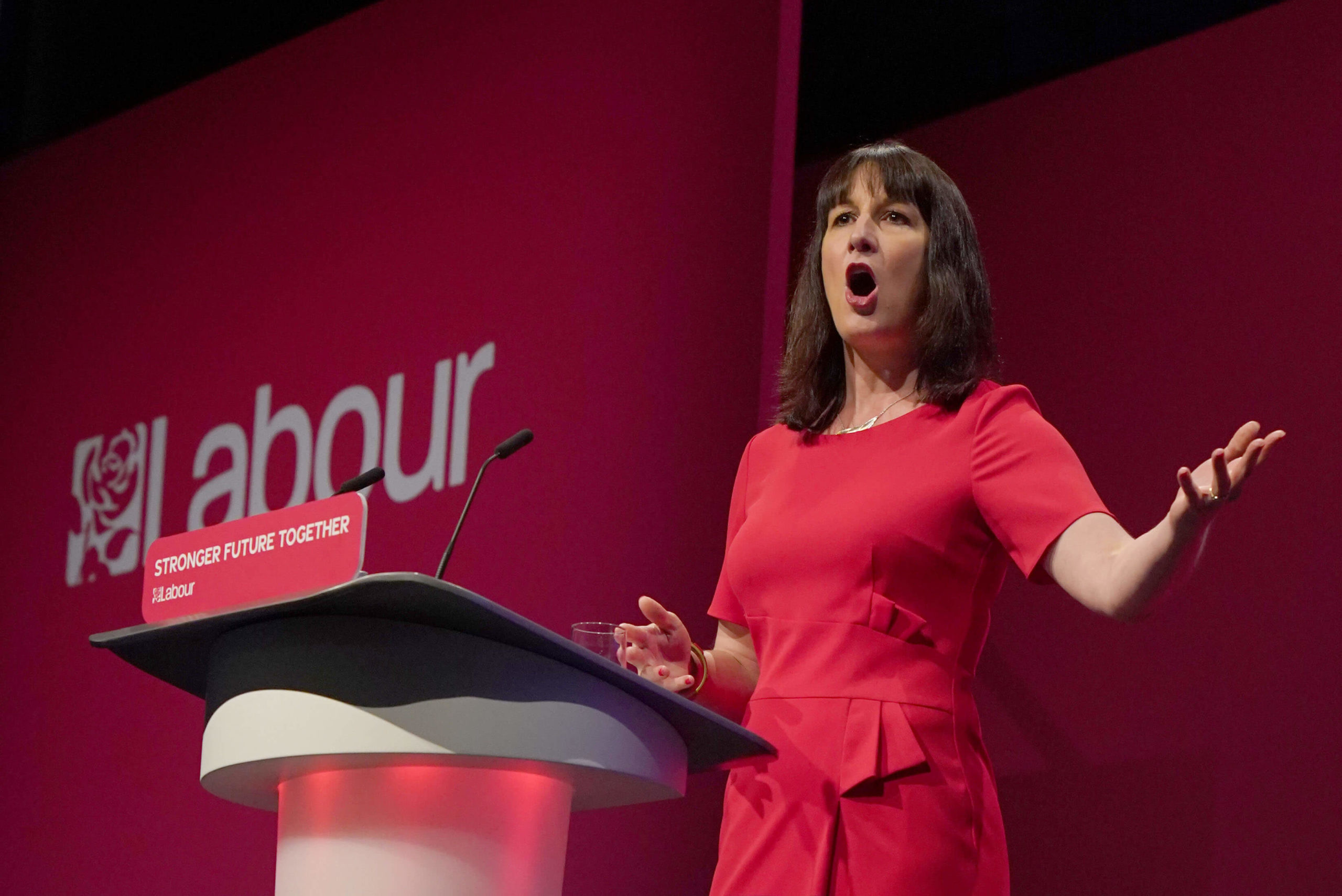 Shadow chancellor Rachel Reeves has said that Labour is ‘party of long term economic stability’ and that it would ‘tax fairly and spend wisely’ in her keynote speech at the party conference today in Brighton.

She also summarised plans to scrap business rates, end charitable status for private schools, and annually invest billions toward a green economy; all policy proposals trailed prior to this afternoon’s speech.

She began by discussing her childhood education under a Conservative government and said she felt they did not care about public services.

Without mentioning former Prime minister Tony Blair by name, not something that has been done very often from the podium at recent Labour conferences, she said that “After 1997 she saw what a difference a Labour government could do” by cutting class sizes, waiting lists and lifting “millions of children and pensioners out of poverty.” to which she received a cheer from delegates.

She praised people working in the “everyday economy” such as shop workers, lamenting: “But now, under the Tories, the shelves are empty and there are queues at petrol stations. The Tories are incompetent. They have lost control.”

She also added that “the Tories do not understand how the everyday economy works.”

She went on to explain her plans to scrap business rates, proposals she argues would help ensure the continuation of high streets, and by incentivising local investment.

She affirmed that Labour would not return to austerity, but that it would “tax fairly and spend wisely” and would “not waste money”, promising “the biggest wave of insourcing of public services in a generation”. She emphasised that “Social justice must be built on a firm foundation” and that Labour was the party of “Long term economic stability”

She blasted the current taxation system as unfair and said Labour “would not balance the books on the backs of the poor”.

She said Labour would also scrap charitable status for private schools, and invest the money into state schools.

She cited the handling of PPE contracts to individuals and businesses with links to the Conservatives party, and said that in situations where those contracts did not deliver “we want our money back”.

She added that Labour would establish a new watchdog to monitor how public money is spent with “meaningful powers” as “no government should be allowed to mark its own homework.”

She then outlined plans to spend £28 billion annually on capital investment for a “green transition”, which she argued would be a step toward “protecting and strengthening our everyday economy” and would prevent “far greater costs further down the line”.

The speech received a standing ovation and Reeves was greeted with a hug from party leader Sir Keir Starmer.