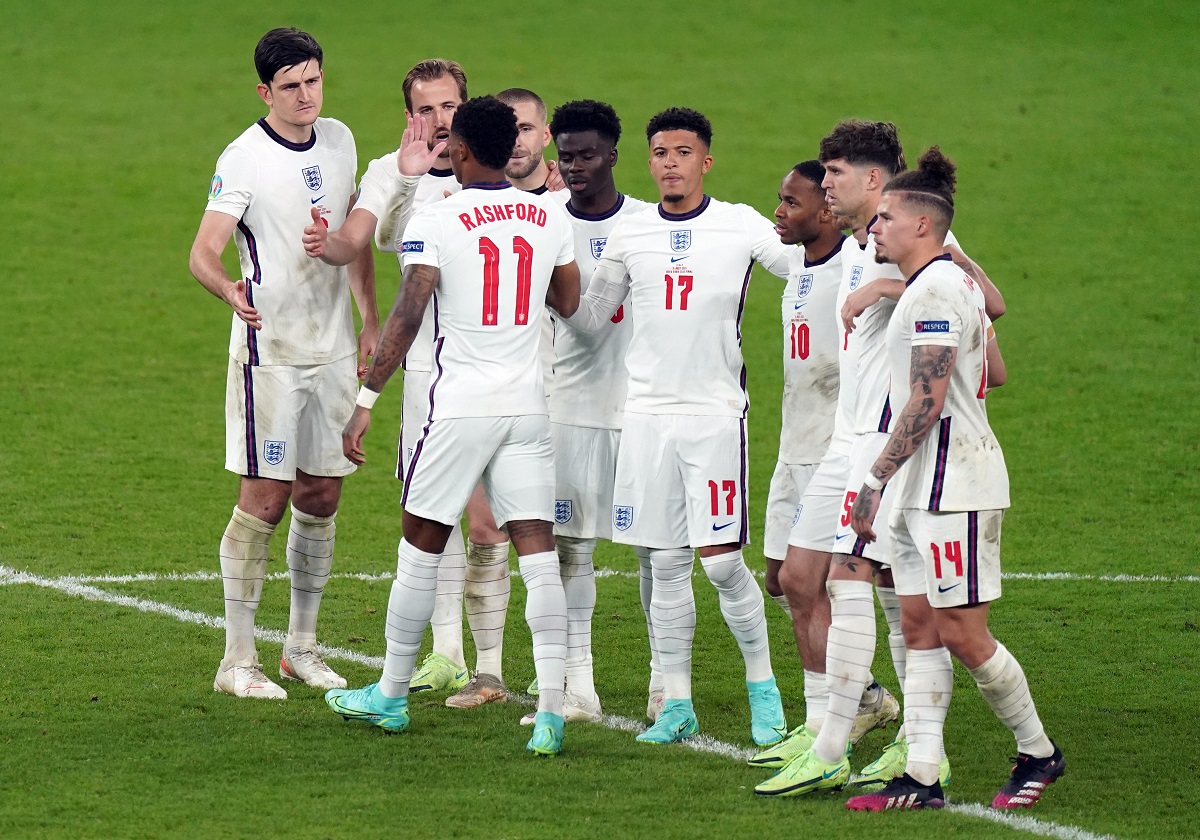 Politicians from all parties have condemned the racist abuse directed towards black England players on social media following the country’s defeat on penalties to Italy.

Boris Johnson said those abusing the players “should be ashamed of themselves”, while Labour’s deputy leader Angela Rayner said it underlined why the players were taking the knee in the first place.

Marcus Rashford, Jadon Sancho and Bukayo Saka missed consecutive penalties as England went down 2-3 against Italy in the shootout, after the match had ended 1-1.

The prime minister tweeted: “This England team deserve to be lauded as heroes, not racially abused on social media.

“Those responsible for this appalling abuse should be ashamed of themselves.”

His message was retweeted by the home secretary Priti Patel, who earlier in the tournament said England fans had a right to boo players for taking the knee – something Johnson also refused to condemn.

Angela Rayner tweeted: “Anybody racially abusing Marcus Rashford, Jadon Sancho and Bukayo Saka on social media tonight is not a patriot. *You* are why they take a knee. Racist cowards should feel the full force of the law and social media companies must do more to keep this poison off their platforms.”

The Football Association released a statement condemning the “disgusting behaviour”.

“The FA strongly condemns all forms of discrimination and is appalled by the online racism that has been aimed at some of our England players on social media,” it said.

“We could not be clearer that anyone behind such disgusting behaviour is not welcome in following the team.”

MPs and ministers also paid tribute to the players and their performances during Euro 2020. The prime minister described it as a “heartbreaking result”.

“They have done the nation proud and deserve great credit,” he wrote.

Labour leader Sir Keir Starmer also described the result as “heartbreaking”, adding: “On and off the pitch, this team is the very best of our country.