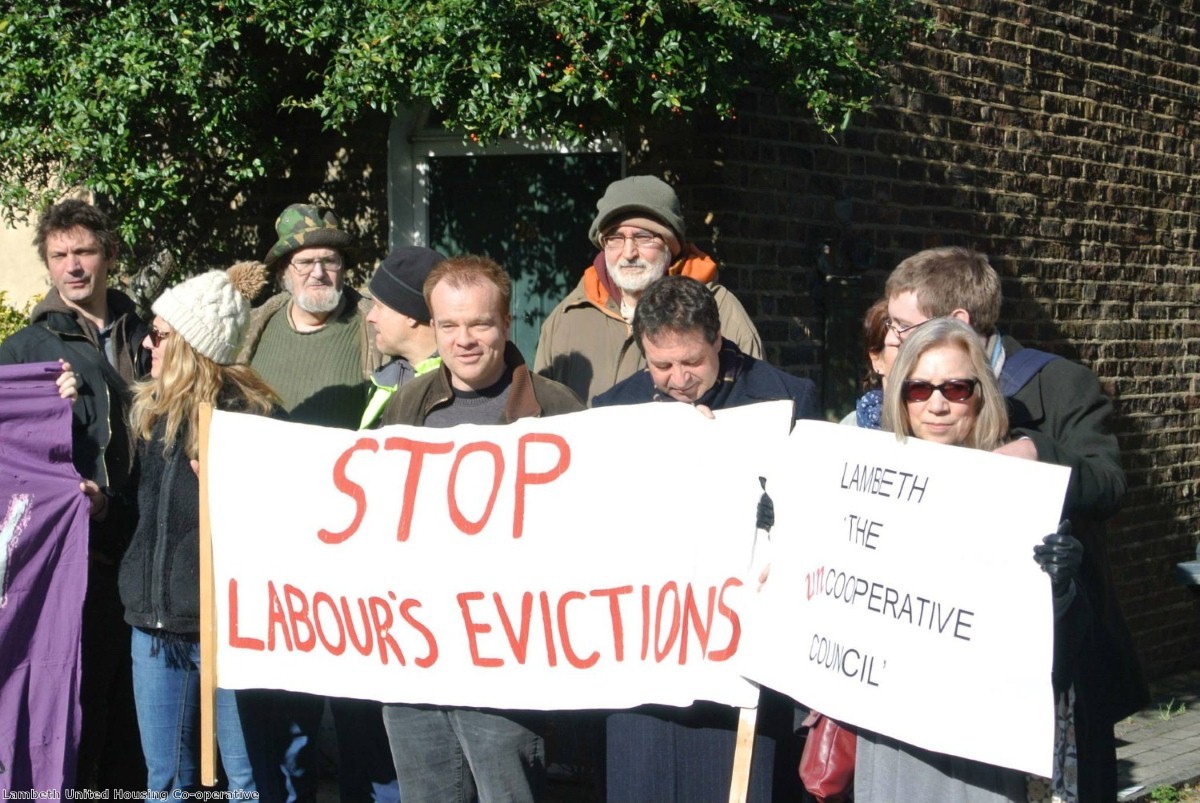 The ‘co-operative council’ forcing residents out of their homes

Tony Healy's home was one of many dilapidated properties which Lambeth council handed over to co-operatives in the late 70s and early 80s.

The 81-year-old has lived there for over 30 years. In that time, he and other residents were given responsibility for the maintenance and upkeep of their homes in exchange for lower rents. Some carried out extensive works to improve the properties.

Now many of the properties, in Clapham, South London, are worth significant amounts of money and Lambeth, which prides itself as being a "co-operative council," wants to sell them off. The decision has been hugely controversial with Local MP Kate Hoey describing it as "one of the worst the borough has made"

Healy has refused to move and is one of the last people remaining at Rectory Grove.

His supporters say he is expecting bailiffs to forcibly remove him from his home tomorrow after he received an eviction notice from the local authority. The campaign group Lambeth United Housing Co-operative say his health could be put at risk from the stress this situation is causing him.

"Tony is an example of the kind of vulnerable person who was protected and nurtured within his co-op community," spokesperson for the group, Julian Hall, says. "Lambeth's reactionary Labour council has placed no value on these communities – except for financial gain."

Despite many of the affected residents having lived in their homes for decades, the council insists the properties were occupied with a clear understanding that they would need to be returned to the council at some point.

A spokesperson for Lambeth Council refused to comment on individual cases but said all remaining occupiers at Rectory Grove have been offered secure tenancies at alternative accommodation.

“We have worked closely with other services in order to ensure that that specialist support is made available to any occupiers requiring additional assistance with regards to the implications of the eviction process," he says.

“The vast majority of short-life properties have so far been handed back amicably and we have rehoused many former occupants. Legal action is always a last resort, when our attempts to secure possession amicably have failed.”