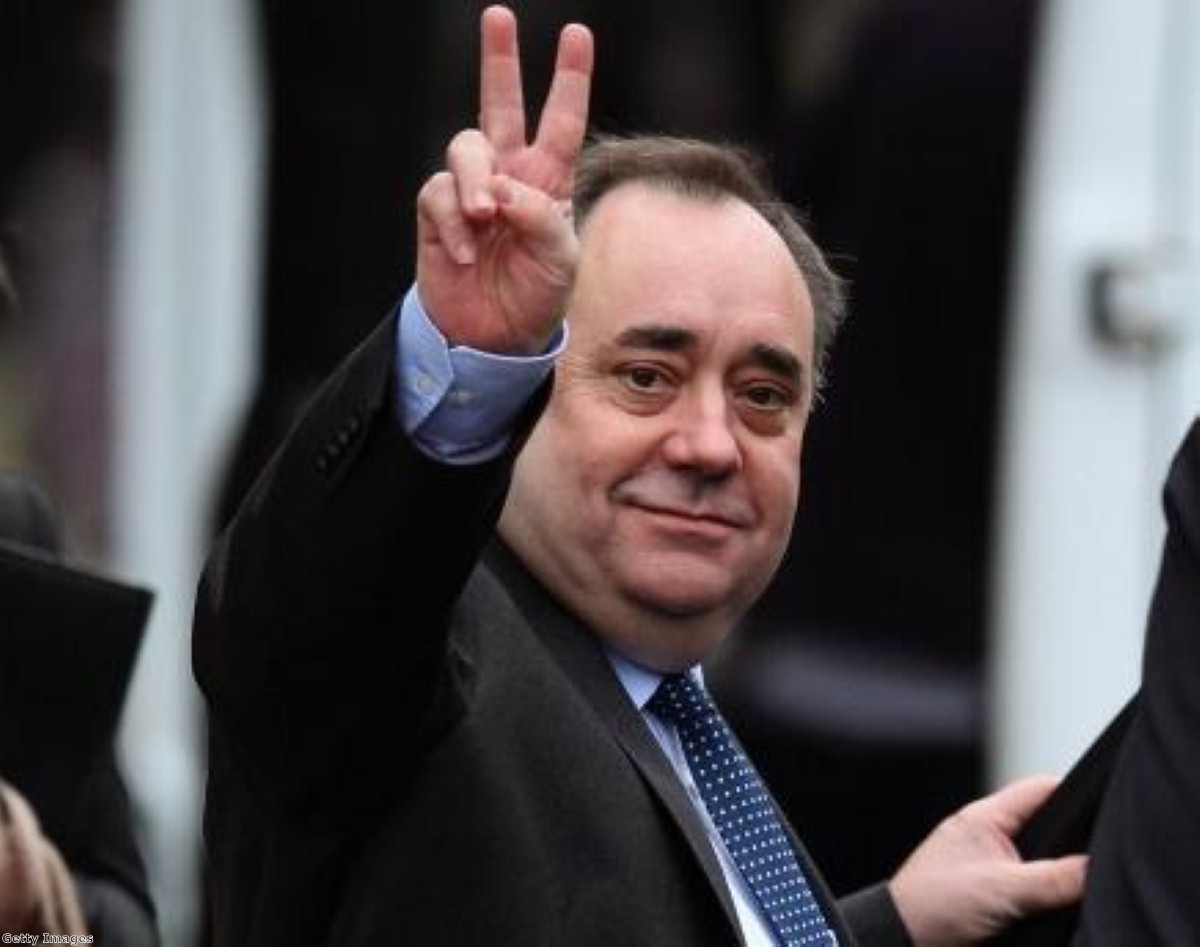 Facing facts? Salmond mulls the future after a ‘no’ vote

Alex Salmond openly contemplated his future in the event of a 'no' vote in the Scottish independence referendum yesterday, in the first sign that his faith in his ability to win the vote may be lagging.

The Scottish first minister said he remained confident of winning the September 18th vote despite polls showing the 'yes' camp 12-points behind.

But he insisted he would continue to fight for another referendum even if he loses this one.

"Will I continue to argue and espouse the case of Scottish independence? Yes, of course I will," he said.

"I've said on the record on many occasions that my view is that referendums are once in a generation opportunity.

"But if you are asking if I will be deflected in my belief that Scottish independence is the right way forward for the people of this country, then of course not."

Salmond also took the unusual step of calling on Scottish nationalists online to refrain from using aggresive language when engaging in the debate.

The comments come after David Bowie's official Facebook page was inundated with abuse after he called for Scotland to "stay with us".

Similar treatment has been dished out to Olympic medalist Chris Hoy and Scottish comedian Susan Calman.

"I would make the appeal that everyone participating in this debate should be conscious that we want to have a debate which is worthy of the importance of the decisions which are being made," Salmond told the Telegraph.

"All of us know it's a function almost of the internet when people are participating in perhaps the early hours of the morning, that they don't choose their language as they would often in a public forum … or when they were in conversation.

Salmond had previously been criticised for failing to challenge the overly-aggressive behaviour by online Scottish nationalists, who are sometimes referred to as 'Cyber Nats'.

Meanwhile, Standard Life has become the first major employer to say it might move its operations into England if Scotland votes for independence.