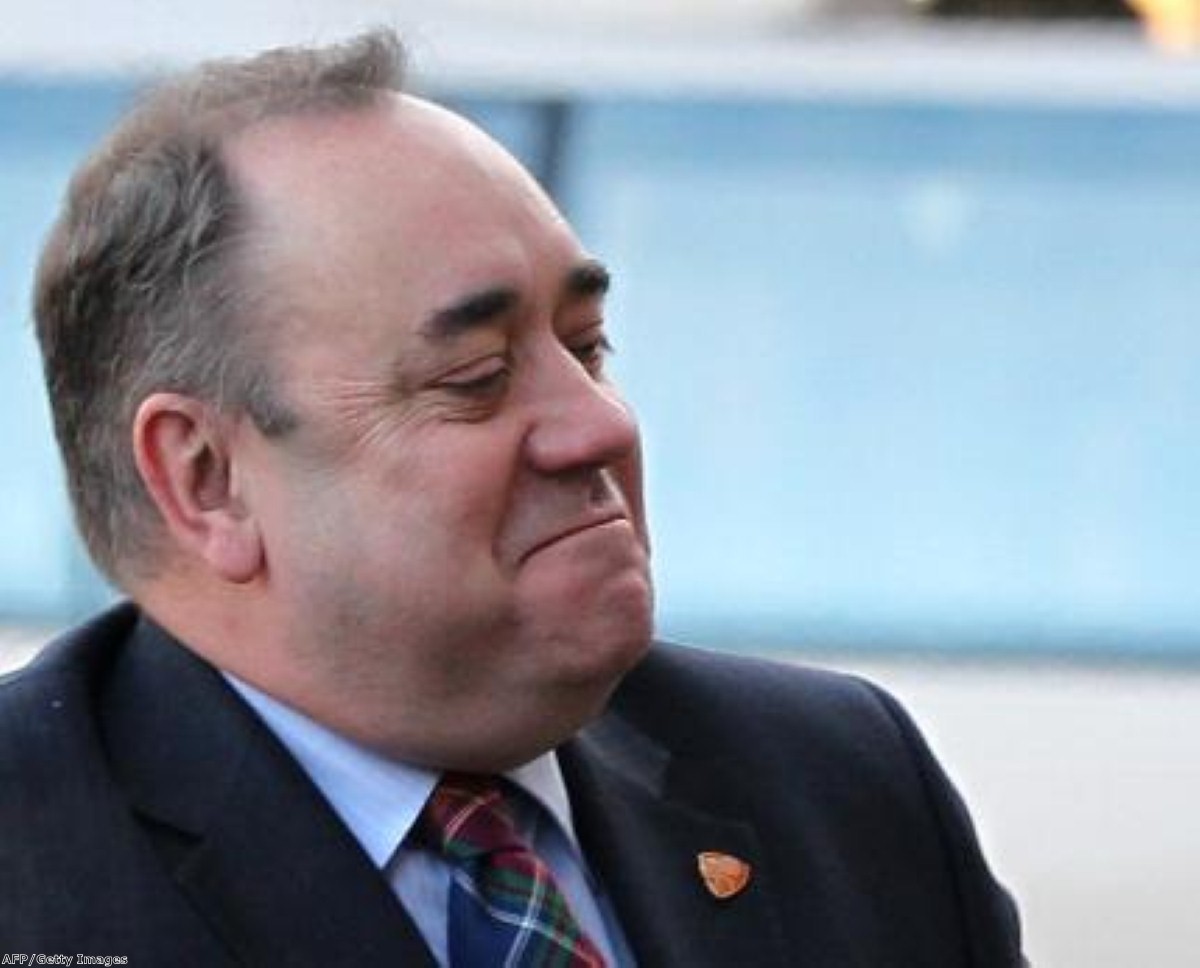 Salmond: The case for English independence

Alex Salmond will direct his campaign for Scottish independence in an unusual direction today when he sets out the case for English benefits from separation.

Delivering the Hugo Young lecture tonight, the Scottish first minister will argue that progressives in England will benefit from the example set north of the border.

"After Scotland becomes independent, we will share more than a monarchy and a currency," he will say.

"We will share a social union. It just won't be the same as a restrictive state, which no longer serves the interests of either Scotland or England."

He will add: "An independent Scotland can be a beacon for progressive opinion south of the border and further afield – addressing challenges in ways which reflect the universal values of fairness – and are capable of being considered, adapted and implemented according to the specific circumstances and wishes within the other jurisdictions of these islands, and beyond."

Some 80% of English people back the so-called 'devo-max' option, which would hand Scotland powers over tax-and-spend policies but maintain Britain's unified foreign policy.

The Westminster coalition does not want it to be on the ballot paper at the referendum but the Scottish National party (SNP) fiercely support it, not least because it is almost certain to be the preferred option.

The first minister will highlight left-of-centre achievements north of the border, such as the continuation of free university tuition, fee prescriptions and free personal care for the elderly.

He will also express his relief at Scottish control of its health service, given the chaos caused by Andrew Lansley's much-derided NHS reforms in England and Wales.

Mr Salmond will argue that without the straightjacket of current constitutional arrangements Scotland will be able to go further, especially on corporation tax.

The speech comes a day before Holyrood publishes its consultation on the referendum, laying out options which are sure to be challenged by Westminster when it publishes its own proposals.

The Hugo Young lecture is delivered in honour of the Guardian journalist who died in 2003.