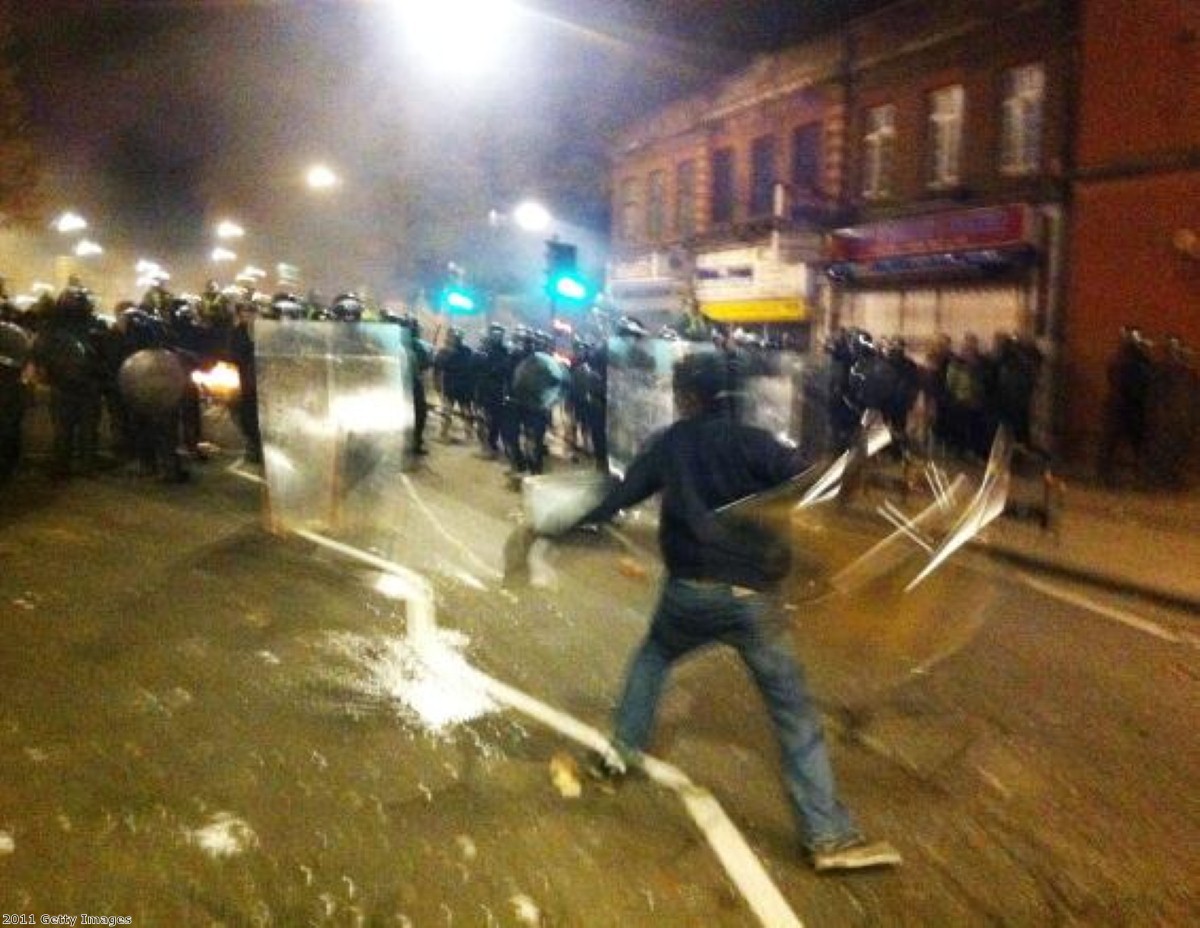 The failure to contain violence across London is putting the Metropolitan police under intense pressure, as it struggles to deal with rioting and disorder.

Sporadic violence across the capital resulted in over 100 arrests on Sunday night. That followed Saturday night's riot in Tottenham, which was triggered by a protest against the fatal shooting of 29-year-old Mark Duggan.

With many shopkeepers made homeless by arson attacks and retailers faced with major clean-up operations after looting described as 'opportunistic', frustrated Londoners are asking why the Met was not able to act sooner to contain the violence.

"It seemed to go on for many hours before we saw the kind of policing that I thought was appropriate. I think small skirmishes we saw initially should have been stopped far more quickly."

Deputy assistant commissioner Steve Kavanagh told the Today programme that he was unaware of any warnings suggesting this kind of disorder would appear, however.

"As far as we're concerned there was a vigil, rightly so, because the local community and the family wanted to express their sadness at the loss of Mr Duggan but there was no suggestion that was going to escalate into the types of violence we saw," he said.

Labour has shied away from blaming the police. Yesterday shadow Home Office minister Shabana Mahmood said the government had to ensure that the Met has "the necessary support and resources to ensure calm is maintained" – before the second night of violence began.

Kit Malthouse, chair of the Metropolitan Police Authority, blamed opportunistic youths picking out shops they wanted to loot for the violence.

"There's no coordinated action here, no Mr Big or any kind of sense of protest about this," he told the BBC.

"It's criminality pure and simple. We have to be careful not to create this atmosphere of excuse for what has happened. It is awful, disgusting criminality."

Home secretary Theresa May, commenting on the Tottenham riot, said: "Such disregard for public safety and property will not be tolerated, and the Metropolitan police have my full support in restoring order.

"I want to pay tribute to the officers who put themselves in harm's way."