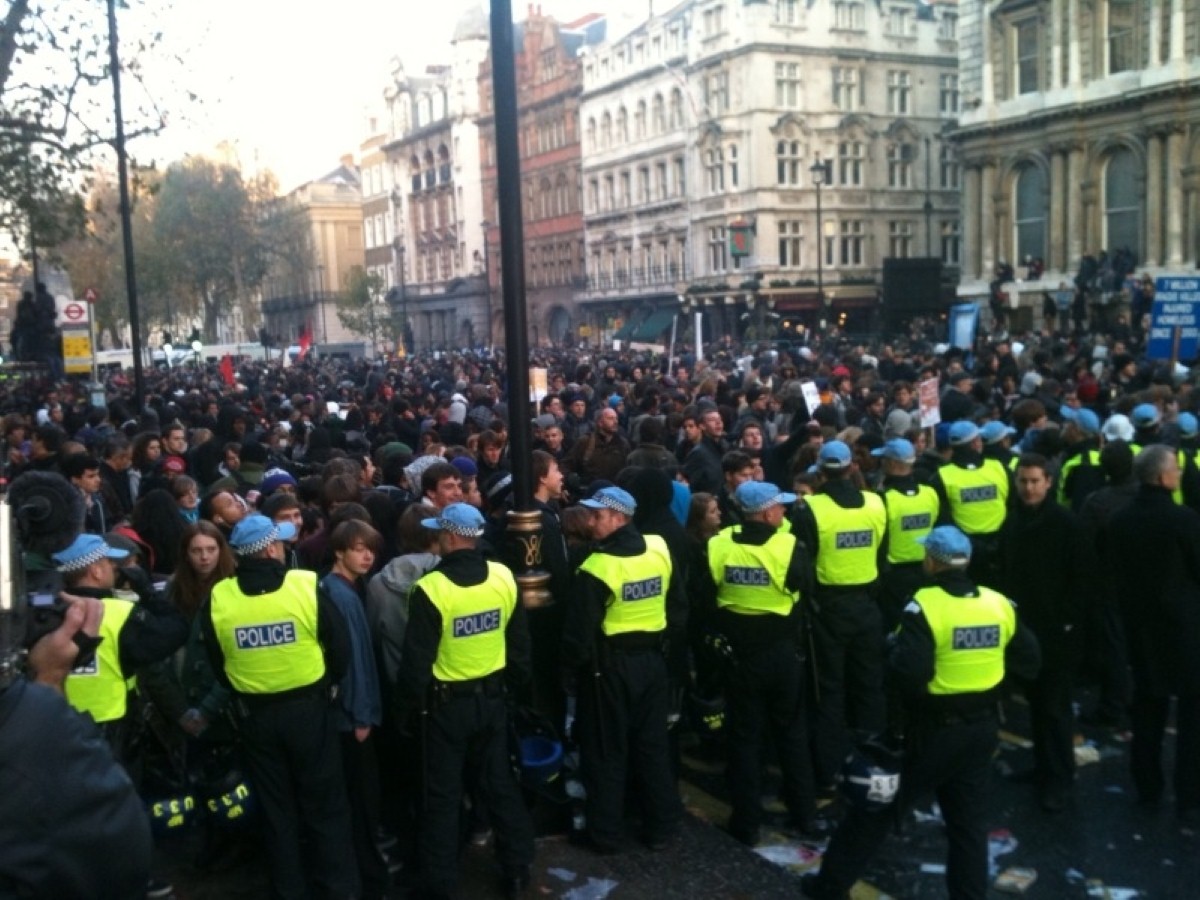 The Metropolitan police have lost a pivotal high court battle over the controversial ‘kettling’ tactic.

Judges found that officers had treated climate activists in Bishopsgate unfairly when they contained the area, refused them permission to leave and hit out at peaceful demonstrators.

Police kettled the area not because of concerns about the group but because they were worried that violent elements from outside the protest would join it.

The judgement does not prevent the police using the containment tactic in future but it limits its use.

“The police may only take such preventive action as a last resort catering for situations about to descend into violence,” it reads.

The case relates to G20 demonstrations in 2009, when Ian Tomlinson was killed.

Video evidence taken on the day shows officers lashing out at peaceful demonstrators, many of whom are holding their hands up and chanting: “This is not a riot.”

A later police decision to force back demonstrators was “not necessary or proportionate”, the judgement found.

“There never was a reasonable apprehension of imminent breaches of the peace at the Climate Camp,” it continued.

“Mr Fordham [the protestors’ barrister] submits that the defendants’ contention that there were groups within the Climate Camp who were intent on disorder or criminal damage is largely unsupported by the evidence. We think this is correct.”
The judgement took a critical view of the use of shields to push and hit protestors.

“The policy and training about the use of shields as it came over to us in the evidence appeared to be insufficient for individual circumstances,” it reads.

“There needed to be clear cut instructions as to whether shield strikes were ever justified, and, if so, when.”

A Metropolitan police insisted the judgement did not rule out the use of kettling in the future. They are expected to appeal.