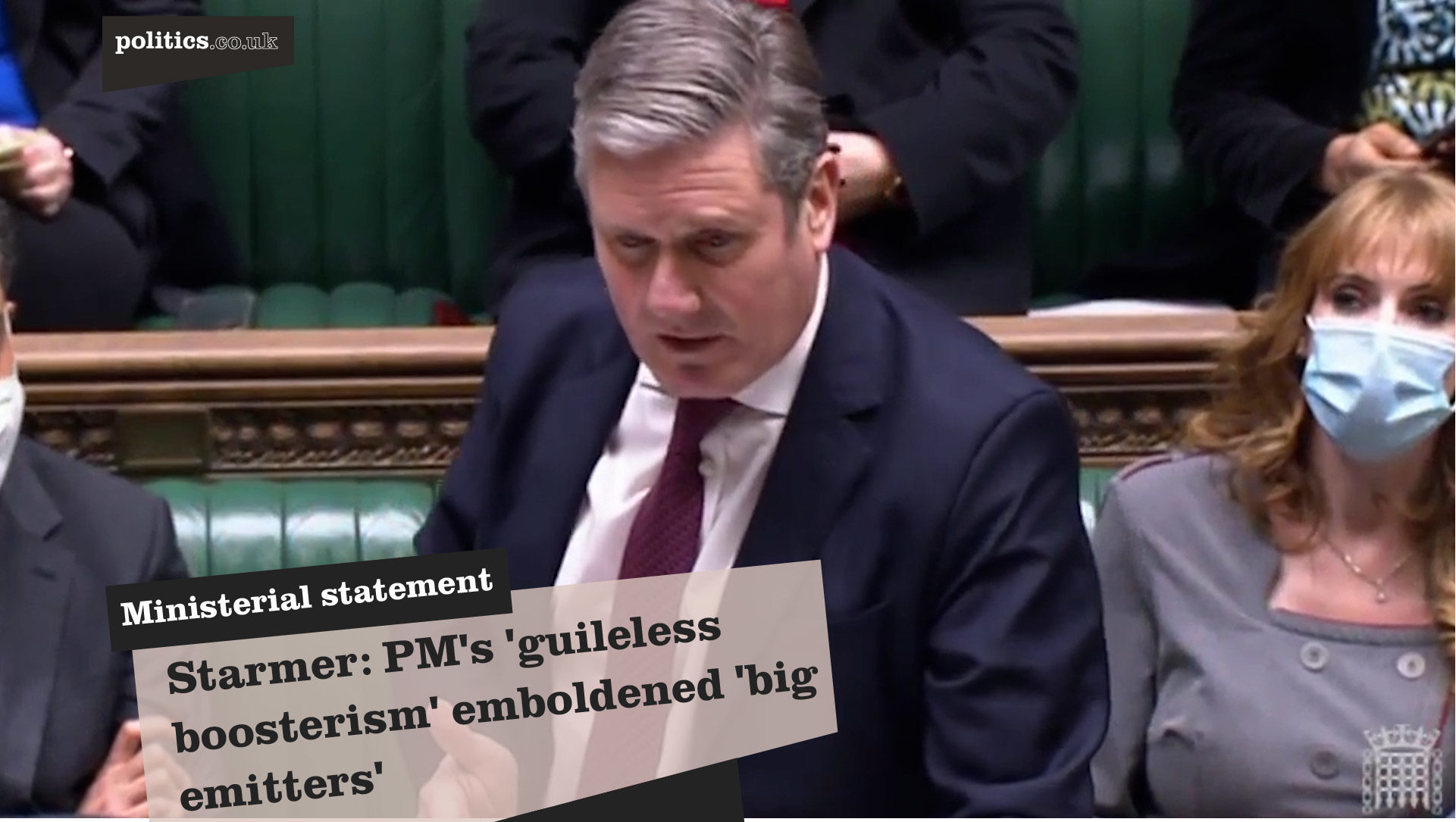 Labour leader Keir Starmer said that Boris Johnson’s “guileless boosterism” served to “embolden the big emitters” during a COP26 statement in the House of Commons.

He was speaking after the prime minister had lauded the agreements reached at the climate conference, saying: “The warming is still excessive, but it’s closer than we have ever been to the relative safety of 1.5 degrees.”