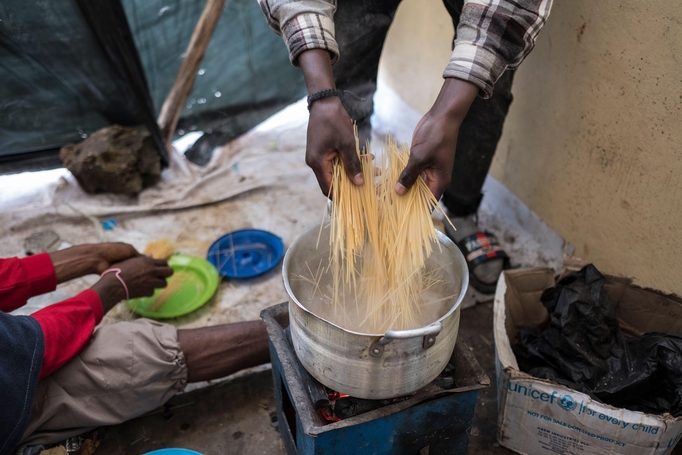 We have heard it before; good things come to those who wait. Well, it would appear the UK government has tested that saying to destruction with the publication of their long-awaited international development strategy.

Despite the wait, the paper presented to the media this week has as much substance as a soap bubble.
We shouldn’t need to remind ourselves, or indeed the government, but the purpose of any strategy for international development is to tackle global poverty and its causes. That is what it is for.
But for the increasing number of people facing conflict, hunger, the impact of the climate crisis, and the aftermath of the pandemic, this so-called international development strategy offers scant hope.
We are living at a time of unprecedented levels of extreme poverty and inequality, even before the impact of the pandemic and the war in Ukraine. In the Horn of Africa, we are seeing the climate crisis contributing to one the driest seasons on record. Millions face hunger, it is a crisis on crisis.
There is a moral imperative for the UK government to step up to the plate, not turn their back.
While Christian Aid welcomes the UK’s commitment to ending violence against women and girls, sadly these issues cannot be tackled in isolation from the problems that exacerbate such violence – such as extreme poverty, conflict, climate change.
One of the most concerning of plans, considered by Ministers to be the bedrock of their intentions, sees more aid spending driven by UK commercial interest.
Ever more depleted funds will now be increasingly channelled through British International Investment, an institution that is primarily focused on commercial opportunities for British business in mega-infrastructure projects.
Let us be clear about what this means. It is an open admission that this is not a strategy for tackling global poverty.
Ministers are also taking what seems to be an ‘I know best’ approach to development. Instead of shifting decision making to the Global South and empowering local leaders, including women-led organisations, we are told private finance will be the answer.
If you were to ask anyone in the international development community, they would tell you that getting funding as close to the ground as possible and as quickly as possible is the most effective way of responding faster to a crisis. Do Ministers not agree?
Take programmes such as those that Christian Aid partners ran in Ethiopia, funded by the now abolished Department for International Aid and Development, which built community resilience to climate extremes through tools such as weather stations and rainwater harvesting structures.
This approach worked, but all too sadly cuts to international aid have torn up success story after success story.
If the UK government wanted to demonstrate an ambitious response to the global crises we face, there are three things it could start with.
Firstly, Ministers should reflect the public’s own generosity towards those in need from Ukraine to Afghanistan and reverse cuts to the international aid budget that in effect takes away food from one country to feed another.
Secondly, the UK can use its influence as a finance capital to finally compel big private creditors to cancel debt so the poorest countries escape from a trap of high interest payments and can get money to where it is most needed.
Finally, we must live up to the hype of COP26 and create an international climate fund, paid for by rich countries, which will address the climate damage to communities and the natural environment.
That would be a starting point for a real strategy. That is how we give hope to the world, tackle inequality, and help people build a life free from poverty and injustice.