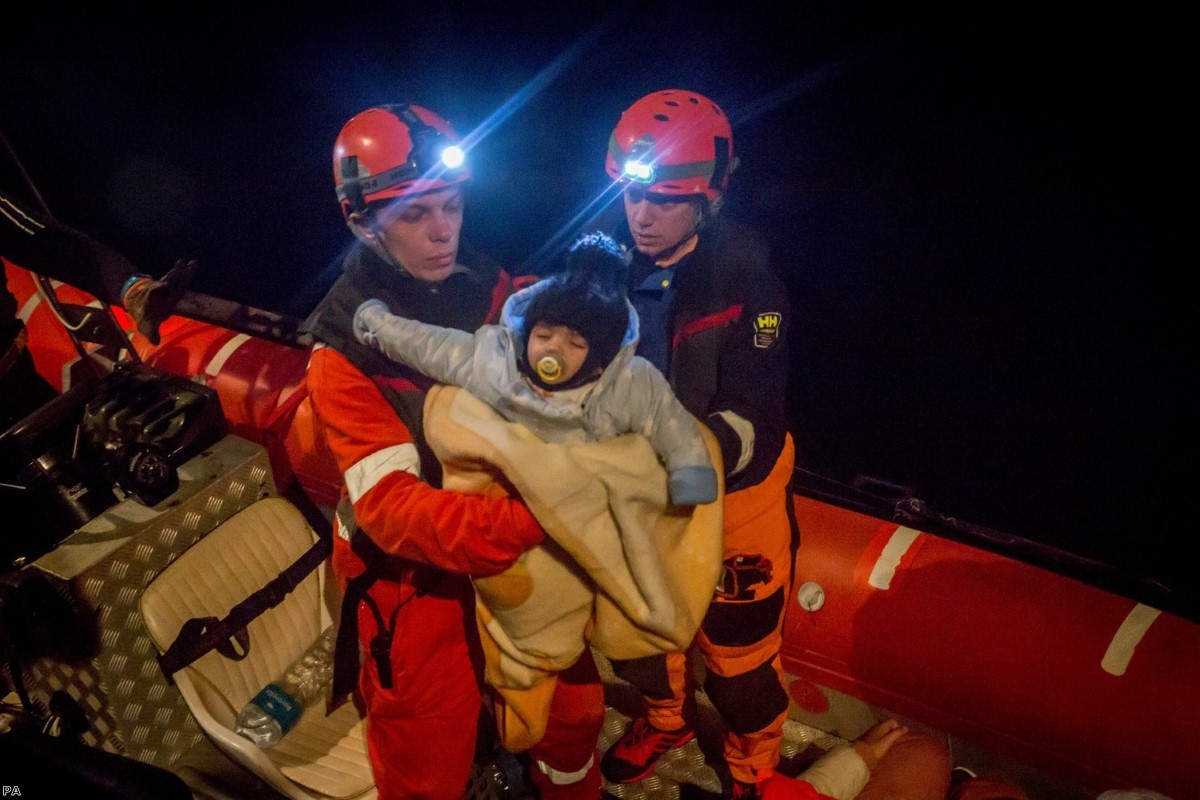 Five years later: How we forgot the lesson of Alan Kurdi

I can't think of a picture that has caused more anguish or made such a difference. It's now five years since the body of little Alan Kurdi washed up on a beach was revealed to the world. What's changed? What have we learned?

Once again desperate migrants on inflatable boats are front page news. The media – and the government – are telling us that they are illegal, invaders, a threat to our society. We are told the British people don't want them here and that the Royal Navy might be sent into the Channel to turn them away. And now, once again, the tragically drowned body of a child is washed up on a beach, this time a 16-year-old Sudanese boy trying to row across the Channel using shovels for oars.

During the pandemic many of us have been challenged to ensure that the basic needs of our families are met. Can we buy the food we need? Can we get paracetamol for our child when it's sold out in all the shops? We have been anxious about high levels of infection and have done our best to keep ourselves and our families safe during this time, accepting emotional and financial hardship in order to do so. Our responses have demonstrated that all of us would seek to do whatever it takes to protect our families from harm and disease.

What more would we be prepared to do if our country wasn't safe for us to live in? If we faced not just a pandemic, but war and persecution? If we were taking enormous physical risks just by staying put? I have a 16-year-old son, and I grieve for the kind of life that this boy washed up at Sangatte must have experienced. We need to be mindful of our own instincts when we are forming opinions about those we see on boats crossing the Channel.

Five years ago, there was a moment when the British people sat up and took notice of the plight of such migrants. After seeing distressing images of the body of three-year-old Alan Kurdi washed up on a Turkish shore, we cared. And we called on the government to do something about it.

The desire was to do more than give money. People were moved by compassion and empathy towards the position of people in situations so desperate that they would risk the lives of their family in an inflatable boat on choppy seas in the hope of finding safety. That depth of public opinion forced David Cameron's government to respond with a commitment to resettle 20,000 refugees displaced by the Syrian conflict. The Refugee Community Sponsorship scheme was a direct response to the deep desire by the British people to welcome and show hospitality to those seeking refuge.

Alan Kurdi's death was tragic but it prompted positive action. It was a rare moment when the government lost control of the story and came under pressure from public opinion to do the right thing. As a result, there are hundreds of children now safely in the UK looking forward to a life of peace and stability here, because politicians were shamed by the fact that Alan was robbed of that safety, and of his young life.

But five years on, I am again ashamed of the government, and of politicians who are playing politics with this issue: always fearful of public opinion and headlines, never choosing to lead, inspire or even explain. All the guff about gunboats in the Channel, front pages about 'invasion', media reporters chasing dinghies in motor boats, simply amplifying what really is only a crisis for those families on those flimsy boats. It is not a crisis for Britain. This is hardly the Spanish Armada – the media and political narrative is an appalling exploitation of the lives of the desperate.

When I first saw the photo of Alan Kurdi, I cried. A moment later I texted Amol Rajan, then editor of the Independent, which had first carried the photo on its front page. I thanked him for doing so. I knew that by printing that shocking, distressing photograph the paper had cut through the rhetoric and revealed the truth – that these refugees were just like us, had kids like us, and that we might have been in their shoes.

At the time I was Lib Dem Leader and had already been to visit the makeshift camps in Calais to talk to NGO workers and refugees themselves about why they were there and the awful things that they had experienced along the way.

I also visited the camps in Lesvos and northern Greece where a huge percentage of refugees first arrive in Europe. The common story from them was that their lives were intolerable in their home country and they wanted a new life. Peace and quiet. A tiny percentage of the refugees in Greece – in fact, none at all that I remember – were planning on heading towards the UK.

Indeed, most refugees in the world remain in nearby countries in their region. Most asylum seekers who reach France will claim asylum there. In 2019, France received 123,900 asylum applications compared to the UK's 35,566.

Some asylum seekers will still want to come to the UK. When I visited them in Calais and Paris I asked them why. Their answers were because they spoke English, because they had family in the UK or – most often – because the UK is seen as a safe sanctuary, a beacon of peace and freedom, where they would have opportunities to integrate and settle.

We are, if you like, a victim of 'positive prejudice', people have an image of Britain that draws them to us. No war, no civil strife, no persecution on the grounds of race or religion. I want to believe that this positive prejudice is accurate. Surely we should be rather proud of the fact that we still have this reputation? None of them had any awareness of the existence of the NHS or of the welfare state, which is just as well, given that if refugees do manage to find their way to the UK, they will have to exist on the princely sum of £39.60 a week while waiting months for their asylum applications to be processed.

The resettlement scheme put in place during the 2015 refugee crisis was suspended in March 2020 due to the Covid-19 pandemic. The Home Office has now restarted deportations, British people are allowed to go abroad on holiday, but we still don't know when this scheme will restart. Neither do we know whether the government will commit to continue refugee resettlement beyond 2021.

If we want to address the issue of migrant boats in the Channel, we need to restart and expand safe and legal routes for refugees to reach the UK. We must boost the family reunion provisions and ensure that they are maintained post-Brexit. We also need to work with our European neighbours to tackle the criminal networks exploiting migrants.

The Conservative government spent millions on a wall in Calais to prevent desperate migrants coming on trucks to the UK. They now come on dinghies. The criminals will always find another, more dangerous way. The fact is that people will always move – desperate people fleeing danger will always seek safety. We need to accept this and reform our asylum system so that it is effective and humane.

Alan Kurdi should be eight now. His death should anger us. It should remind us that circumstances can change, that comfortable people can become desperate people. Alan, or the teenage boy drowned in the Channel last week, could easily be your child, or mine. Those 'invaders' in the Channel – they might be you.  Lets not have to see the remains of another child washed up on a shore before we snap out of our suspicion of others and do the right thing.

Tim Farron is the former leader of the Liberal Democrats, the MP for Westmorland and Lonsdale and vice-chair of the all-party parliamentary group on migration.