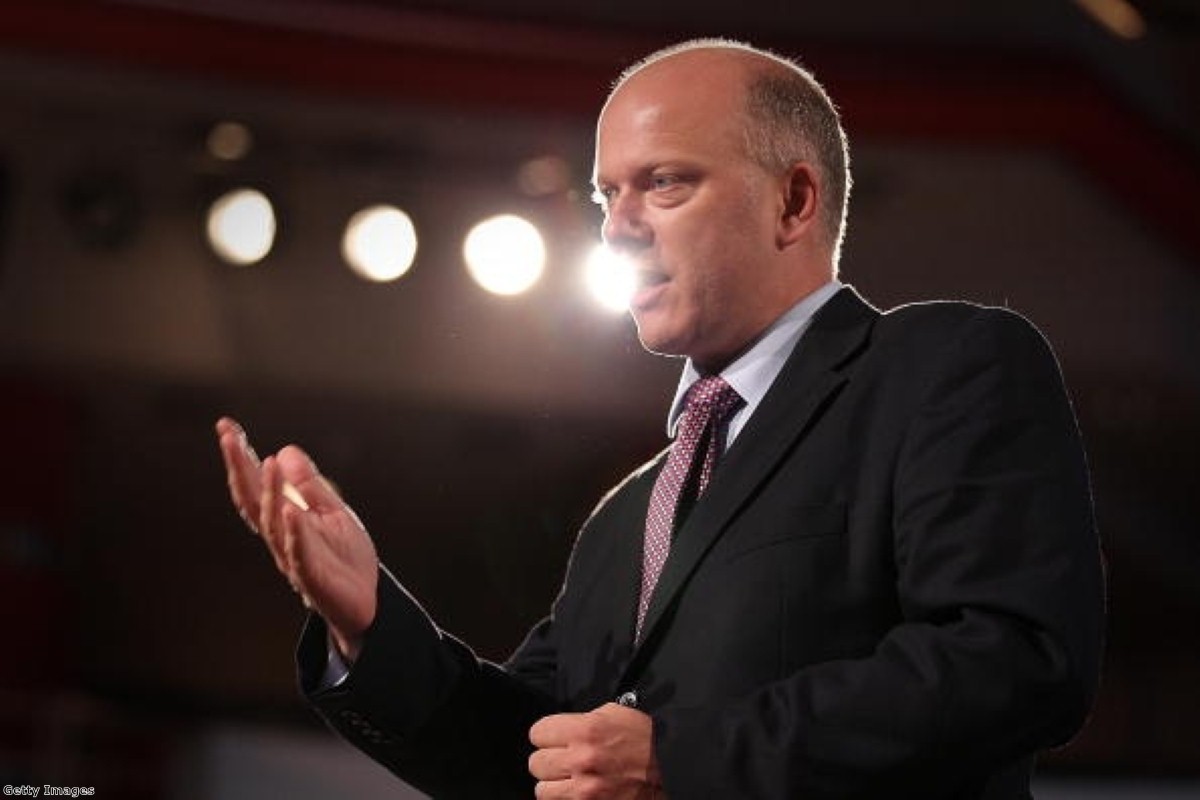 I'm terrified. Why? Chris Grayling has just made a rabble rousing speech at the Tory party conference, shredding the Human Rights Act, that perennial, lazy target for the Tory faithful and the tabloid press.  As they would have you believe it, the Act protects prisoners, terrorists and paedophiles. But, yet again in the short career of Mr Grayling, he's distorting the reality of a law for cheap political gain.  He'd have you believe that it's a product of the evil EU which subverts our sovereignty with left-leaning liberalism.

Three facts escape him. It was born out of the ashes of the Second World War to protect Europe's fragile democracies. It sets in stone rights such as the right to life, education and free elections. It also applies to everybody equally.

But Grayling has other plans. He's happy to tear up the agreements which have made us a beacon of human rights internationally. He proposes a bill of rights, bespoke to England and Wales. Killing three political birds with one stone- have a pop at Europe, give the left a kicking and play footsy with Ukip.

Grayling has got form in this area. His problem is that he's so blinded by his political dogma and ambition that he chooses to ignore the niceties of the rule of law. It's ironic given that the justice secretary is never out of court, what with judicial reviews on his unlawful legal aid consultation and domestic violence victims.

I'm a criminal defence lawyer with some 25 years experience. I'm not easily scared. But really I am terrified of what this politician is capable of.  Having worked under a number of lord chancellors, I have never known one who makes and breaks the rules so easily.  He seems to be in court more than many of my clients. And appears to care little about the consequences.

You see, it's been said before but it's worth stating again, Grayling is not just justice secretary – he's also the lord chancellor. It's a massive job by any stretch, one that makes him not just the political lead on justice but also the most senior law officer of England and Wales. You'd be forgiven for thinking he might have practiced law or have a law degree. Not Grayling. He's the first non-lawyer to hold the office of lord chancellor in more than 400 years.

I struggle to see how the former TV producer turned management consultant could claim his CV provides him with the relevant experience and expertise to do away with Britain's respect for the Human Rights Act.

It can be no coincidence that the House of Lords constitutional affairs committee is now scrutinising the wisdom of one person serving as both justice secretary and lord chancellor. Senior law lords have expressed doubts that a minister with political ambition should also be lord chancellor. Several suggest the post would be in safer hands with a lawyer who properly understands the complexity of the rule of law.   Grayling gives his account to the committee in October.

Mewanwhile, crowd-pleasing conference speeches aside, the justice secretary and lord chancellor pings from one court case and crisis to the next. Exhibit one: the judicial review that showed that he had used an illegal consultation in a bid to slash the number of solicitors available for people accused of a crime. Exhibit two: high court action against restrictions for legal aid available for victims of domestic violence. Exhibit three: disturbing reports about the treatment of children in the justice system.  It seems almost churlish now to mention the crises with the probation sell-off and prison suicides.

As the conference hall applaud fades on Grayling's broadside on European 'human rights gone mad', I'm left even more afraid that as he distances us from Strasbourg, there is little left to protect us from his chaotic and cavalier approach to justice.

Paul Harris is managing partner of a leading criminal defence firm. He is former president of the London Criminal Courts Solicitors' Association.