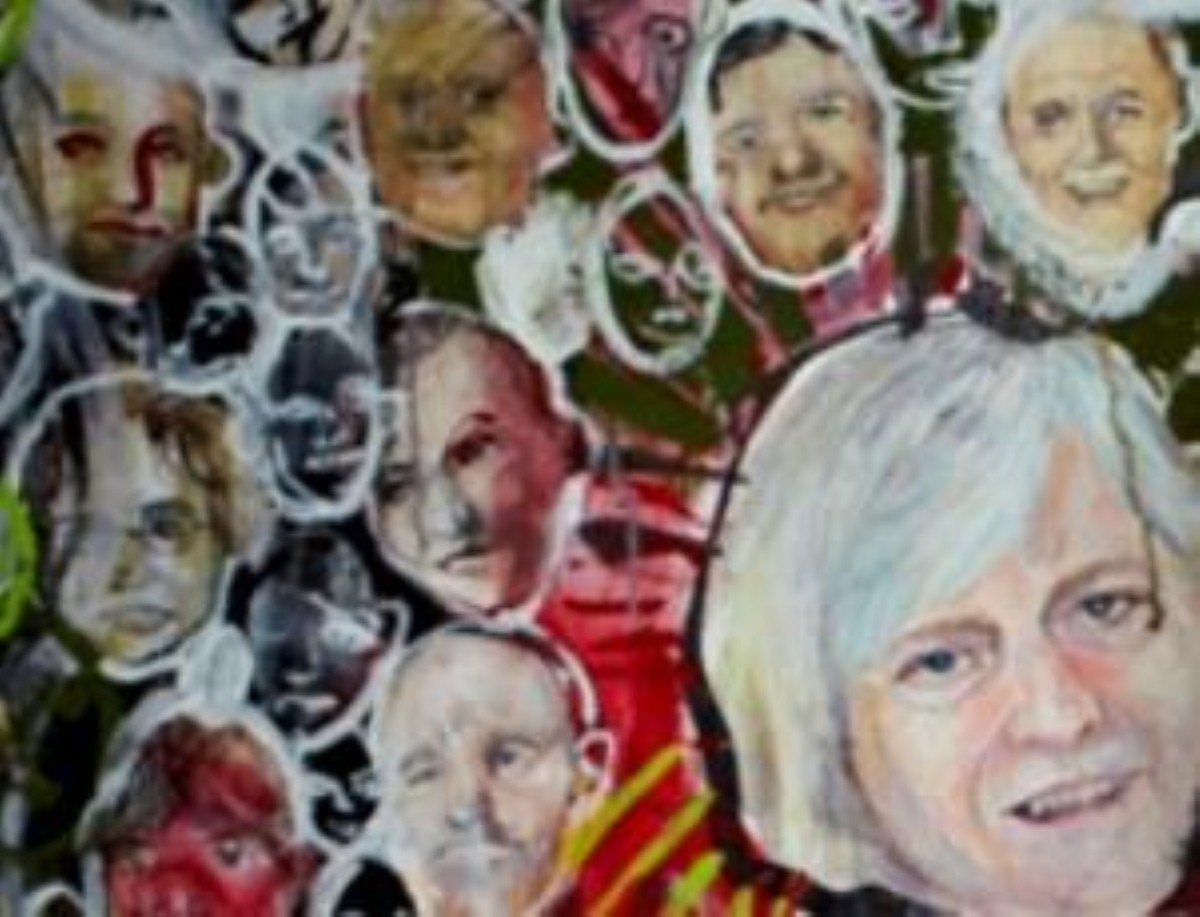 Art and politics: Framing the chaos of Westminster

There is always a little bit of politics in all art. But at a new hotel just around the corner from Westminster, a new collection of contemporary art offers a rare opportunity for the politico to revel in work focusing unashamedly on life at the heart of Britain's political world.

Yes, the Intercontinental London Westminster is not an obvious art venue. Yet its art curator, Peter Millard, has assembled a collection of provocative works which, taken together, capture the essence of British political life.

Hotels are a chance for messy, untidy humans to enjoy the simplicities of life without any of the complications. So it makes sense that the artworks in the main reception area invoke that everyman anonymity which so many hotel occupiers crave. The space is dominated by a large Tom Clark statue of a faceless worker climbing a ladder. This figure is a builder, but it is not bricks he has hoisted on to his hod. It's the Palace of Westminster itself, a representation of power in the hands of the people. Or, perhaps, a more cynical commentary on the need for people to use politics to climb their own way up to success. The artist had Brutus – that great climber of the greasy pole – in mind. But it could really be anyone.

Across the way, a blank-faced portrait of the Queen stares out. Identifying her as the monarch is beyond doubt, but the whiteout face offers us the chance to fill in the blanks and paint whatever identity we like on to her blank visage. There is something neat about this. Politics is about fitting ideals and principles on to the lives of everyday individuals. The process is inverted here: those values can be painted on to the empty canvases of these sterile human shells.

The highlight of the collection is a resin-based work from two impressive sci-fi artists going by the names of Evil Ed and Dan Robotic. If the perfect symmetry of the Galactic Republic's Senate is the US, then the monstrous chaos of this parliamentary chamber is undoubtedly British in origin. There is something joyfully chaotic about British politics, summed up by the manic bearpit that is the Commons in prime minister's questions. Here, instead of MPs, we are presented with a parliament of characters from films, comics and popular culture. A Dalek sits alongside King Kong, Buzz Lightyear, Gollum and countless other villains and heroes in this parliament of fiction. Underneath the chamber, Batman has arrived to save the day, and the Star Wars characters are assembling furtively too. You can almost hear the din as these characters descend into parliamentary uproar: no wonder the monstrosity of a Speaker needs such long tentacles in its bid to try and keep some semblance of order. John Bercow would certainly find them useful.

From the glaring white of the main hotel area it's quite a contrast into the Blue Boar, the pubby restaurant where it's hoped Westminster types will congregate to talk politics. The art in these cosier spaces is a little more knowing about the way this world works. Statuettes of Britain's leading politicians by Simon Bingle, and photo collages by Julian Bray, connect the art more closely with the men and women stalking parliament's corridors. These are not all to be respected, the hotel makes clear. A number of original cartoons by Gerald Scarfe and Martin Rowson line the walls.

There are also two works by the thoroughly intense artist Agamaria Pasternak, which together contain the faces of every single MPs in a parliament. As in the Commons, some personalities dominate. Others are overwhelmed and become mere squiggles. The same theme as was seen in the sci-fi chaos emerges: you've got to fight your way through the chaos to make a mark.

A series of prints by Chris Orr offer a broader commentary on British public life. These are detailed works which reward close study. Beyond the obvious satisfaction of their intricacy there lies the same pride in the British character, that sense of delight in mayhem that lies at the heart of freedom. As Orr's works show, the great chaos of British life doesn't just exist in the guilded chambers of Westminster – whether they're populated by aliens or just middle-aged men. Our politics' great energetic tumult is actually a mirror of British society itself.