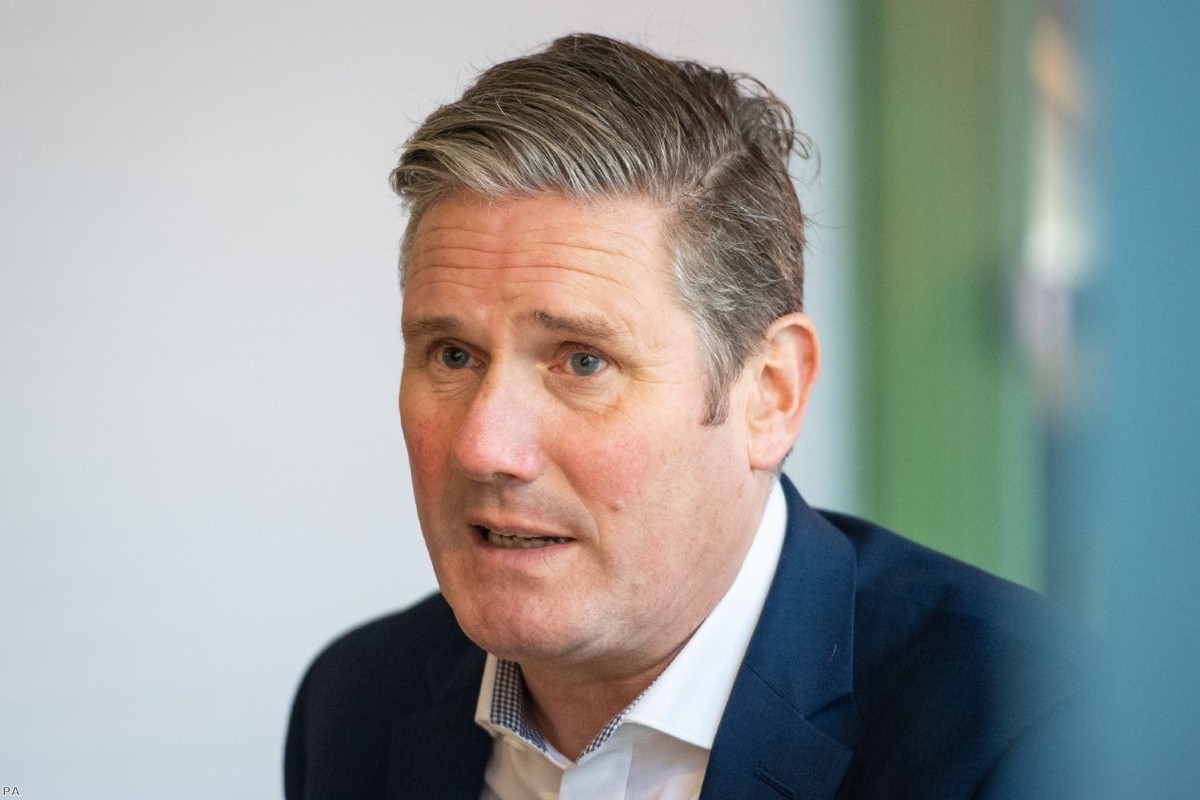 The Labour leader saw the opening and he took it. The recent dump of documents from Sage, the scientific advisory group, showed that experts had pushed the government to introduce a short lockdown to get the virus back down to manageable levels. Boris Johnson ignored this advice and instead pressed ahead with a watered-down set of proposals.

That created an opportunity for Keir Starmer and it’s one he took with both hands this afternoon. In the first of his monthly televised press conferences, he demanded the government introduce the circuit breaker Johnson had rejected, lasting for two to three weeks, but with an exemption for schools. “You know that the science backs this approach,” he told the prime minister. “You know that the restrictions you’re introducing won’t be enough. You can’t keep delaying this and come back to the House of Commons every few weeks with another plan that won’t work.”

The move brings Starmer in line with public opinion – a position the Labour party has rarely been in in recent years. Johnson is torn between the increasingly vocal lockdown-sceptics in his Cabinet and parliamentary party and the more sensible voices around him  who want tougher action – although to be fair there are precious few of them. The public is not so evenly split. A snap YouGov poll last night found 40% of people didn’t think the current government plan went far enough, next to 15% who said it went too far and 19% who thought it had the balance about right.

The Cummings/Johnson Downing Street operation is obsessed with staying on the right side of public opinion. The internecine warfare within the party has forced it to break that rule.

It also put the Labour leader on much more stable political ground. Johnson is deciding each covid policy on the basis of a compromise within his political tribe. That’s where nonsense like the 10pm curfew comes from – not from any kind of empirical reasoning, but because it was palatable to the hawks and doves around his Cabinet table. It leads to ever-weirder regulations which simply do not make sense outside of the room that the factional dispute played out in.

Basing your policy on Sage advice is far more effective. Of course there is no one set scientific view on what is happening, but there is a very widespread scientific consensus on not allowing the virus to flush through the community, as many Tory MPs demand, and that a short sharp lockdown will buy some time and help reduce its spread.

Grounding the Labour party position in the guidance from Sage provides clarity and justification. It is also likely to be the outcome which anyway needs to be eventually pursued. Chief medical officer Chris Whitty’s comment yesterday that he was “not confident” the base level of restrictions in ‘very high’ alert areas would be enough to dampen the spread of the virus was not just a moment of political theatre. It was a view based on the evidence. It strongly suggests that a further lock-down of some sort will be required, sooner or later – and the later it is, the longer and more draconian it will have to be.

When it does happen, Starmer will now be in a position to credibly claim that the government is following his lead.

It was difficult until this afternoon to state exactly what Starmer’s alternative coronavirus policy was, apart from the fact that it would be more competent than Johnson’s. His support for the government’s policy in the earlier days of his leadership was serving to make his approach increasingly muddled. Now there is a much clearer impression. No.10 made the pivotal error of moving away from the scientific advice. It is therefore lost in the wind, blowing around by the loudest voices in the Tory parliamentary party.

Starmer has now claimed the position the government departed. It’s a smart move, tactically and politically. But it is also the right thing to do. Once covid responses become dependant on compromising in a tribal dispute, they quickly degenerate into foolishness and inadequacy. Sticking with Sage provides the most reliable course for reason and credibility.