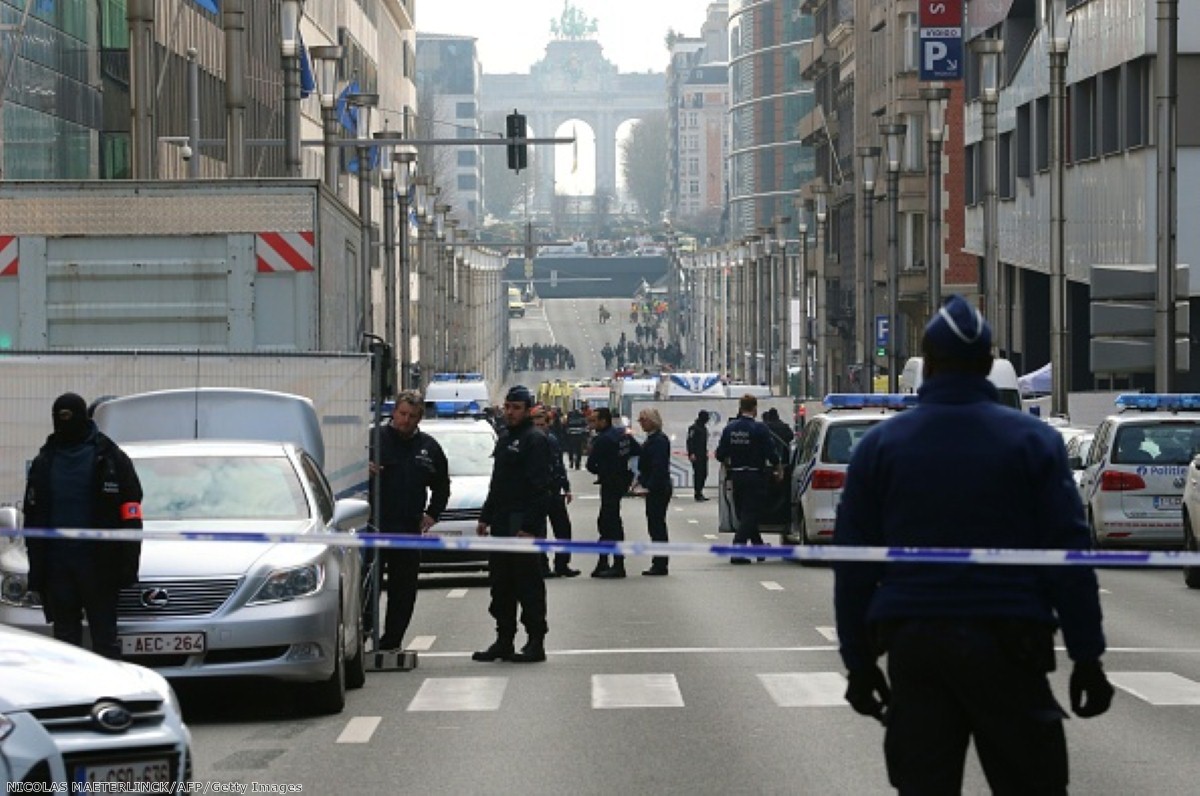 Once again, senior Ukip figures have used a terror attack to further their political agenda. Not long after reports first emerged of a bomb blast in Brussels' Zaventem airport, Ukip sent out a press release quoting its defence spokesman, Mike Hookem, who blamed the attack on freedom of movement.

The use of the tragedy for political gain clearly lacks human decency, but it also lacks reason. We know there are terror cells operating in Belgium, in fact the attack may have been a response to the recent arrests of terror leaders. So it is likely that freedom of movement rules were not required to perpetrate it. But anyway, we don't know all the facts yet. There are few conclusions one can sensibly draw. But once the message is out, the sense that these events can be used for political purposes becomes increasingly palatable. The Telegraph's Allison Pearson, for instance, was quick to jump on the bandwagon.

Brussels, de facto capital of the EU, is also the jihadist capital of Europe. And the Remainers dare to say we're safer in the EU! #Brexit

This follows a similar pattern to what we saw after the Paris attacks. On the very evening of the attack – actually while they were still ongoing – Ukip's parliamentary spokesperson, Suzanne Evans, was already trying to link the murders with the refugee wave coming to Europe.

The next morning, Ukip MEP and migration spokesman Steven Woolfe joined the fray.

When IS say they will flood Europe with terrorists, we must listen and ACT. Free movement of people will make attacks more likely & easier.

Over the days that followed, the Paris attack was used by far-right groups and the tabloid press to present all refugees as likely terrorists, using the cover of the migrant wave to reach the European mainland. Shortly afterwards, the New Year's attacks in Cologne were also seized on to present refugees as rapists. This 'rapist/terrorist' classification of refugees is now a borderline religious maxim for many on the far-right. It is part of a conscious attempt to portray refugees as a threat rather than people needing help. It has been tremendously successful on Facebook and Twitter.

This process starts with Ukip and the tabloid press, and is then quickly spread downward to the dark corridors of the internet: to Breirbart and Britain First and a legion of angry young men. But the process begins on the day of the attacks, before the facts are in. And it typically begins with Ukip.

Today, the party is following that same tactic, except this time it is aimed at the EU referendum debate. However, in both cases, anxieties around immigration are the target of the propaganda. These are then leveraged for different purposes – against refugees or for Brexit.

Either senior figures in Ukip have become so engrossed with their politics that they are incapable of human decency, or there is a party strategy of utilising highly upsetting events to further its political agenda. Both would be bad. The latter would be worse.

Ukip, of course, is not alone in this. This morning, George Galloway was busy writing out the left-wing version, which blames all terror attacks on western foreign policy.

Those who rule us built this monstrous extremism, and continue to sustain it, in Syria and elsewhere. And their policies feed its blood-lust

But in these cases the message is sent out without an official backing from a well-supported British political party. It is not filtered through the far-right groups online, who use it to fit their propaganda and their counter-empathy programme.

There's quite a strong pressure not to spend much time focusing on these tweets, sometimes from Ukip figures themselves. When Evans was taken to task for her Paris tweet, she called her detractors "sickening".

As usual, leftie self-righteous here more concerned about what people are writing on Twitter than terrorism. Sickening. #ParisAttacks

There was a similar approach this morning from Hermann Kelly, who sent out the Ukip press release.

@JamesCrisp6 @hermannkelly you appear more outraged at this than the murders taking place in Europe.

In both cases, the Ukip officials are trying to politicise the criticism of their own politicisation. They're suggesting that their critics are more interested in attacking Ukip than the terrorists. One almost admires the chutzpah.

It can, however, seem point-scoring and parochial to focus on some Ukip tweets in the midst of tragedy in Brussels. And it's true that emotionally, our interest in these matters may stem more from the relief of addressing something we can control rather than having to face the nihilistic horror of terrorism.

But when we take these people to task we achieve several important things: we maintain a civil manner of discourse at the precise moments when we are politically most emotional. And we limit the ability of Ukip and the far right to leverage these murders for their own political advantage.