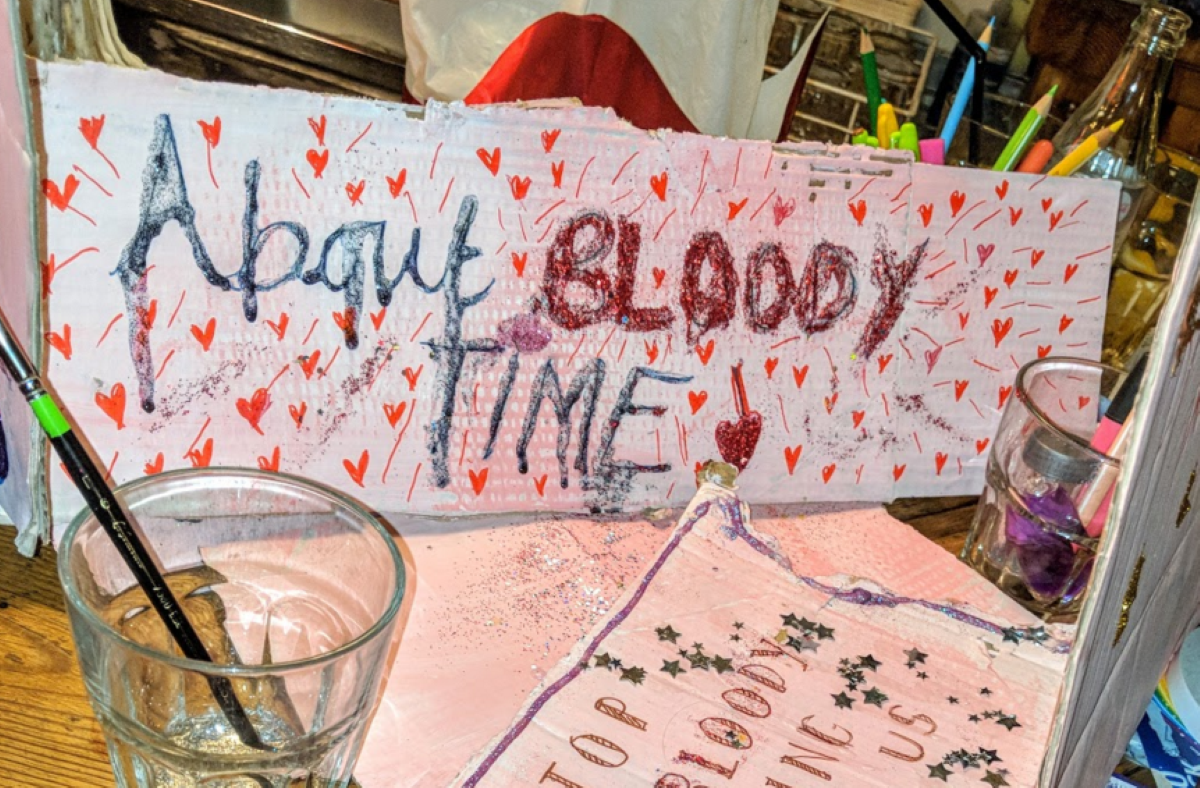 "To be rather crude and honest, it came to the point where I used makeshift tampons and towels out of loo roll," explains 23-year-old Elle Rudd, who struggled to afford sanitary products while on an unpaid internship that was part of her degree.

Despite juggling both a full-time job and working at a bar throughout the night five times a week, money was incredibly tight.

"My card got declined when I was buying the cheapest tampons in the store," she adds. "My period, unlike many of my issues, wasn't something that I could temporarily fix and deal with later. I was getting paid in two days, but my period wasn't going to wait."

Like most issues, period poverty is not an isolated problem for women, instead tying in with complex problems around poverty, poor working conditions and stigma.

"I would work from 8pm to 5am and then go to my unpaid internship five days a week," Elle continues. "I was paid in cash and it was a real struggle. I ended up being hospitalised twice with exhaustion after collapsing in public and lost two dress sizes while working. My daily diet consisted of just one bottle of Lucozade and one tray of £1 chips.

"When I look back on that horrific moment of not being able to care for the most base and involuntary act of being a woman, I should have just asked to borrow a quid from a colleague or my flatmate. But I was so humiliated. I felt like I had failed, that I was dirty and unclean and that people would judge me."

Elle's story is not a one off, rather just one example of an endemic problem across the UK. An investigation earlier this year found that thousands of women rely on food banks for tampons and pads, while another report discovered girls missing out on school for a week every month. However, for the most part it's been a problem that's largely existed underground.

"From personal experience there's a lot of stigma," says Zoe Kennedy, one of the founders of #PeriodPotential. The group, which was launched by feminist collective The Fourth Wave, aims to tie organisations with similar aims together and campaigns for free sanitary products for all pupils.

"There’s sort of a double stigma," she adds. "It's both menstruation and poverty, which just exacerbates the problem even more. The whole problem isn't just about having the money, it's not being able to ask."

This year though, something has changed. Google searches for period poverty have increased more than tenfold since the start of the year, while both the Greens and Lib Dems have put commitments to tackling period poverty in their manifestos. Labour made similar pledges at their recent party conference, while the SNP launched a pilot scheme in Aberdeen to give out free supplies to low income women and girls. Plaid Cymru councillors have also pushed for similar schemes in Wales, leaving The Conservatives as the only mainstream party yet to make a firm commitment.

"Things have definitely shifted," Zoe says. "Since the story about schoolgirls broke in March, that's what has started a lot people [to action]. One of our members commented on it, saying: 'this is horrific, why is this happening?' Then two others put their hands up to say it had happened to them, and none of us had spoken about it or knew it had happened before.

"The momentum has started. When one person puts up their hand, someone else also feels brave enough. When that collective conversation is happening, it's much harder for MPs to ignore."

Gabby Edlin, the founder of Bloody Good Period, which supplies pads to thousands of asylum seekers, refugees and other women who might not be able to afford them every month, also agrees there's been a stark change.

"I think we have female politicians to thank for talking about this," she adds. "Paula Sherriff, Stella Creasy and Monica Lennon have all put themselves out there and talked about periods. Once it's out there, you can't not talk about it."

And far from fizzling out, the campaign has only continued to grow, with a national protest planned at Westminster this week featuring Jess Phillips and Aisling Bea, to name but a few. There's also a dedicated #FreePeriods 'Power Team' campaigning to tackle the issue, as well as the efforts from #PeriodPotential to bring all the groups together.

Despite this though, Gabby remains cautious. "It's teetering on a fad now, which is worrisome," she explains. "I mean, it's not the first time people have talked about periods. There's definitely this incredible revolution, but it's slightly disturbing that the big brands are co-opting the activist content too. Ideally, we need to take a real stand and refuse to be part of their PR game, but it is hard because they have the money and ability to deliver on a large scale."

Hayley Smith, who runs FlowAid, a chairty which distributes pads to homeless women, also agrees there has been a lot of progress – but that there still isn't enough talk about solutions.

"It has had a lot more news coverage this year, and a lot more campaigns have become established to help tackle it. I think we are in a position where everyone knows it is an issue but we've realised it needs help from the ground, as the government is ignoring the issues." she says.

For Zoe though, there's no one size fits all solution – but it is an achievable goal.

"The end goal for us is that every school has menstrual products for everyone, and education so both boys and girls know what a period is. We've calculated that's less than £11 per student per year, it's not a lot of money. Whether that comes from central UK government, local government, or grassroots, we need a whole lot of different methods to get there."

"It is utterly unforgivable that people are having to go through this," adds Elle. "In what world is a period a bloody luxury? Sure as hell didn't feel luxurious as I did the walk of shame out of Asda with loo roll shoved up my vagina because I couldn’t afford to buy tampons."