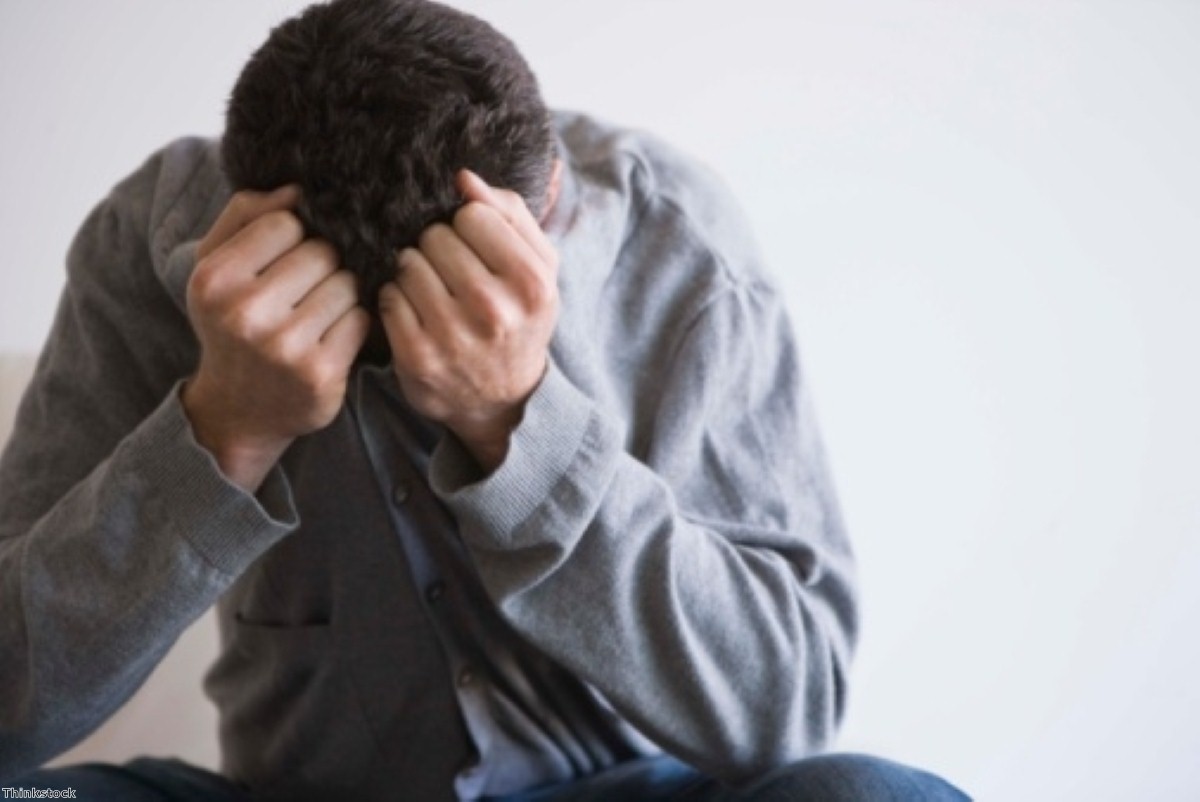 I’m Broken, Britain: This is a battle for survival

It's not every day you hear the United Nations declare that your own government has failed to uphold your human rights. It's 4am and I would ordinarily be starting the laborious process of heading to bed. But I know this is a night that I won't sleep.

A UN report found that the government is failing to uphold disabled people's rights to education, work, housing and health. As you may expect, the government is not only denying the claims but is actively trying to project an image of positivity, claiming it has put more disabled people back into work and suggesting that Britain is a world leader in disability rights.

I was indefinitely awarded Disability Living Allowance (DLA) quite a few years ago, meaning that it's a pretty sure bet that I'm never going to improve. That takes some mental dexterity to come to terms with, but I have always managed to keep in quite good mental health. I have been physically ill and largely housebound for most of my life, having one of those fun 'invisible' conditions, meaning that every so often I can create enough smoke and mirrors to look like a real live person. Yes, we walk among you.

Like all disabled people, I dread the brown envelope of doom from the DWP coming through my letterbox. When the Personal Independent Payment (PIP) process came around, I knew that I was going to be one of the many who simply wouldn't tick the boxes, quite literally.

After filling out the necessary forms to begin the PIP process, I received the date for my face to face assessment. It takes me a fair few days of preparation, including mental and physical budgeting before something like this so the fact I received a notice a couple of days, beforehand notifying me that the date of my appointment had been changed, was no joke.  It also meant rearranging a lift with a family member, who has to take a day off work to take me, as I don't drive.

On the assessment day I was called in to meet my assessor and, like many disabled people have reported, I had to walk a flight of stairs. I entered the room where a rather overt and deliberate poker-faced assessor greeted me. Considering that someone's entire life and perpetual struggle with their unique and often complex disabilities are under scrutiny, it may surprise you to learn that the interview was over in less than 10 minutes. Simply through the line of questioning, tone of voice, and the responses that I was met with, I knew what the outcome would be. I just knew.

A few weeks later the brown envelope arrives again. I was prepared to receive the knockback, the rejection, the news that I was going to lose over half of my allowance to live on, and when you're used to living on £7,000 a year, the thought of losing half induces an all-consuming nervousness that literally produces a shake in your hands. I slid the letter out and read the words "At this time I can't award you PIP". It was only when I started going through the letter that anger began to replace the anxiety. Not only was I rejected, but I received no score on the rather linear points system. I was a stream of zeros across the board. The government's assessors had declared me a normal and functioning human that requires no help at all.

If you're trying to tick the boxes on how to fail a disabled person at every possible turn, then the UK government has excelled. The letter was full of cardinal sins language too, things such as: "you appeared…" and "you showed no signs of…" and perhaps, worst of all, "you should be able to…".

I also found the assessment dotted with some rather bold claims. My assessor said that we had a conversation where I stated that I "enjoyed bus travel". This is based on the fact I used my bus pass as my photo ID, the only reason I have the bus pass is for the photo ID as I don't drive and can't afford, nor will probably ever need, a passport. I have never ridden a bus.

If not for having stable relationships around me at this current time, I would be financially crippled to the point of, well… you can do the maths. My family are now picking up the slack and paying for me to eat and live.

I was pleased to see that the UN report highlights the fact that disabled people are now excluded from living independently in the community. This point needs driving home. I, like many others, have no option but to live with whoever will have me, taking whatever meal I'm lucky enough to receive. This, in turn, excludes me from independence.

I sit here in the early hours of the morning, knowing I'm going to pay the toll in pain and exhaustion, having written what's simply a small snippet of what my life has become: an endless fight against my own government.

As I previously mentioned, I've always managed to stay on top of my mental health through my many years of experience with housebound illness, but it's become unavoidable, I’m forced to admit that I have had and will continue to have a lot of emotional battles to deal with, especially as I am now forced to begin the tribunal process to appeal the PIP decision.

This is a battle that disabled people can't fight alone. It's a literal battle for survival.