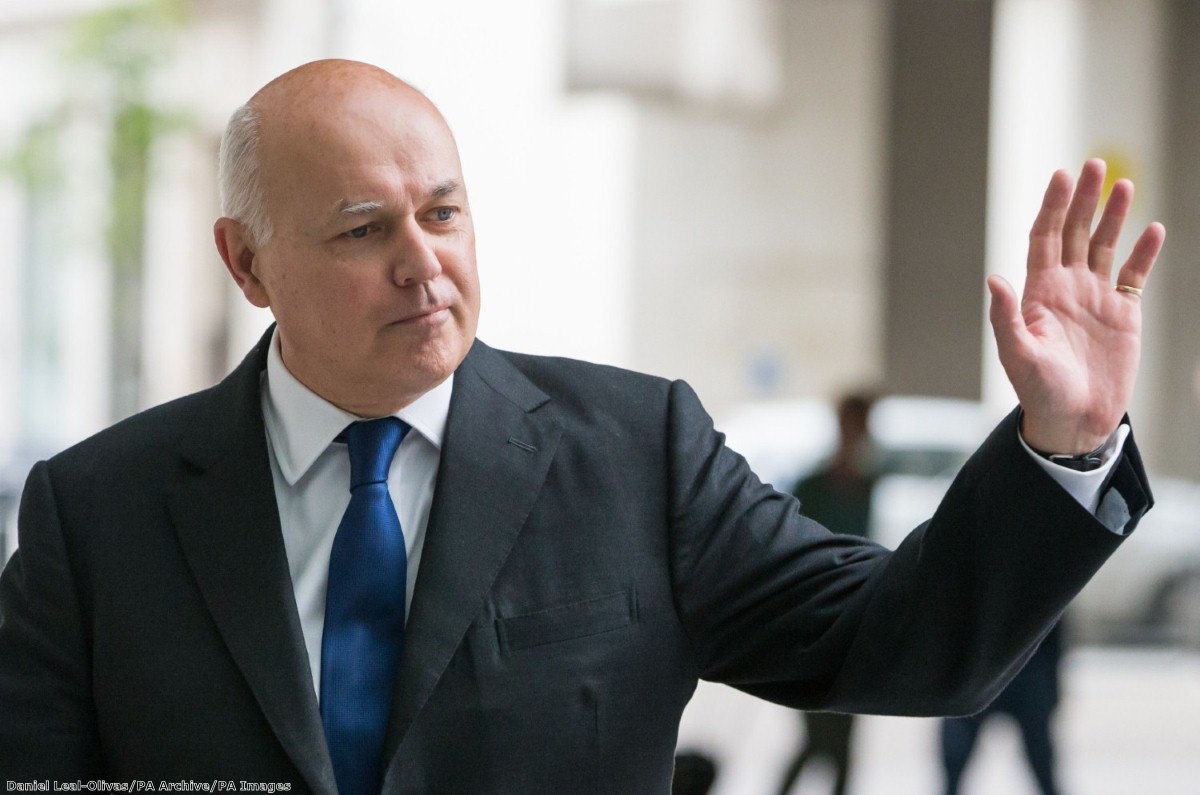 The fight for Chingford: Is Labour on track to unseat IDS?

During his time running mayoral campaigns for Boris Johnson, Lynton Crosby famously created the "doughnut" strategy. This focused campaigning efforts on the outer boroughs of London where the Tory vote was then strongest. On the face of it, this remains the case. Of the 23 London constituencies that share a border, Labour hold just seven compared to the Tories' 13. But this is up two for Labour from 2015. There are four seats in north and east London where the Tory majority is under 5,000 (five if you include Johnson's majority of 5,034 in Uxbridge). In these, the swings at the 2017 general election range from 2.7% in Hendon and seven percent in Chingford and Woodford Green.

The latter was a seat almost completely written off by Labour at the 2017 election, as it always had been. It's been a safe Tory seat held by Iain Duncan Smith since its creation in 1997. Before that it's predecessor seat was represented by Norman Tebbit who seemed to embody the white working-class Thatcherism that made Chingford feel much more Essex than London.

But Chingford is changing and that seven percent swing reduced the Tory majority to just 2,438. Duncan Smith, a figure of hate for Labour and many on the broader left, suddenly looks vulnerable. But can they really unseat him?

The area is really made up of four villages. North Chingford, which is still the closest to the classic understanding of the place, is full of leafy suburbs and golf clubs. South Chingford on the other hand is a quite disaffected and much poorer community. In 2012, 45% of residents earned less than the national minimum wage. Then there's Highams Park with its upwardly mobile village feel and great transport links to Central London. Finally, there's Woodford Green which feels quite separate from the rest of the constituency, but again has its own sense of community, based around a nice high street.

There is a massive demographic shift happening in Chingford. Simon is deputy chair of governors at his local primary school in Highams Park. He tells me their catchment area has halved since his now 14-year-old daughter joined the school, due to the number of people moving to the area. Who lives there has also changed, with the percentage of children identified as White British reduced from 60% to 40%.

There has been a huge influx to the constituency from inner-London boroughs. When Maria and Adam recently moved within Highams Park, everyone who came to see their old place was from Hackney and Islington. There's still a traditional suburban pull factor, of course. Everyone I spoke to about the constituency mentioned both the green nature of the area, with Epping Forest on their doorstep, as well as the good schools and sense of community. But the almost unattainable nature of house prices inside the North Circular is another major contributer to the changing demographics of the area. More and more young families are moving away from the places they grew up and into places like Chingford.

The growth in Highams Park in particular has been notable. Catherine, a housing officer in Hackney, has lived there for a decade. Over that time, she says, many more people like her have moved in. The area used to be "more Chingford, more working class". Now it’s "more street, more Shoreditch".

It's not just Highams Park that is noticing this change. Even in South Chingford things seem to be changing rapidly. Jess, a children's social worker who moved here from Hackney about ten years ago, says: "We’ve got a lot more multicultural and a lot more comfortable with that in the time I've been here."

Adam, Maria, Catherine and Jess are all part of an influx of Labour-inclined voters that have moved here over the last decade from inner London and are bringing their friends with them.

"I meet loads of people at work [she is employed by Hackney Council] who now live around the corner," Jess says.

As Labour's candidate in the last two general elections Bilal Mahmood puts it: "People are moving down the Chingford line. As Hackney became unaffordable, people moved to Walthamstow. As prices have risen there, they are now coming to Highams Park and Chingford."

Mahmood is bullish about the possibility of Labour taking the seat at the next election. He recently co-hosted an "Unseat IDS" campaigning day at which hundreds of Labour activists hit the streets. He says the changes to the constituency demographics help the Labour cause, but so too do worries over key issues like school cuts and concerns around the local hospital, Whipps Cross. There is also a sense now that Labour can "really do it – success breeds success".

"IDS is a unifying factor for everyone across the party," Mahmood says. "Despite our differences, we can all say: 'Let's get rid of that guy'."

Across the constituency, views are more mixed. Labour voters, as you might expect, weren't keen on their MP. Adam mentioned him being booed at Highams Park Day.

But Conservative voter Simon was more sympathetic. He broadly agrees with the policies implemented by Duncan Smith when he was work and pensions secretary. Pranav from Woodford Green is a Tory activist, and has been out campaigning with the MP. He says he's good at being out and about in the constituency, running street stalls and knocking on doors. Chris, a property developer from North Chingford, is even more enthusiastic, describing him as "a fantastic Conservative MP". Chris accepts the toughness of the upcoming fight, but thinks that Duncan Smith's role on the backbenches will give him more time to focus on local issues without the distraction of a difficult and divisive portfolio.

Most agree that Chingford and Woodford Green is a divided constituency. The sense of the four villages is reflected in different voting patterns. To over-simplify, it gets less Remain and more Tory as you go further north. Some who have felt at home there for many years are now moving over the border to other parts of Essex.

Labour still have a job to do to get themselves over the line. Bringing in anti-IDS activists helps, but as Mahmood puts it:

"To get elected, we need to make a positive case. We have to bring to the fore the possibility of change. We achieved our best ever result with almost no outside help. We now need to be much more rigorous and focused on canvassing and getting out the vote. But we also need to be the optimists".

It could be that optimism that will win the day. They will need it. The Conservatives are now aware of the challenge they face. "We know there is no place for complacency," Pranav says. "It's going to be a tough fight for all candidates in the run up to the next general election."

Chingford is changing. How much and how fast will be the question faced at the next election. As Simon said: "This still feels more like a Conservative place than a Labour place, but if it did change hands I wouldn't be that surprised".

As the demographics of outer London change, as the Tories continue to lose popularity and the Corbyn surge continues, there may be many more Conservatives in these new marginals feeling as he does.