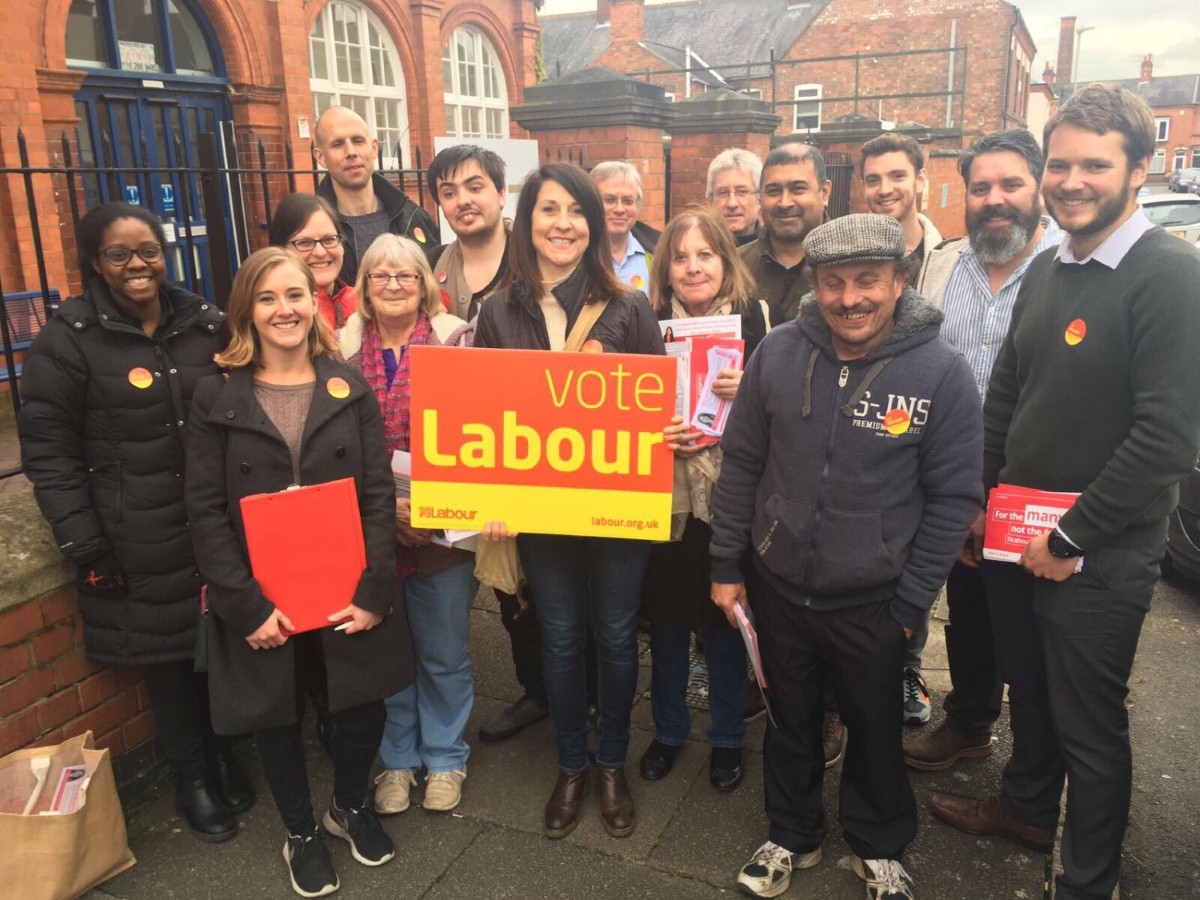 Liz Kendall holding on in Leicester West despite Tory surge

Within days of Theresa May calling the snap general election, Conservatives in the East Midlands had set their sights on Liz Kendall's seat of Leicester West.

At first glance, it would seem a stretch. The seat has been Labour since the 1920s, the city voted to remain in the EU – albeit narrowly – and Kendall has a solid majority of just over 7,000. But with Labour struggling nationally, the Tories believe they are in with a real shot.

"West is the target," Conservative candidate Jack Hickey told the Leicester Mercury last month. "It's where we think we can do well. We are huge underdogs. We are outnumbered. We are outmatched. But we are like the 300 Spartans. We are fewer but we are better."

Tough words, but speaking to local people here, it's clear he will have a fight on his hands to beat Kendall. In Abbey Park, just a mile from the city centre, there is no shortage of support for the Labour MP. The first person I speak to tells me he is a Labour member and is confident that the party will hold the seat.

"I'd be very surprised if Kendall didn't get back in," he says. "She has a good reputation around here."

The next person is equally confident, saying that he has always voted Labour and intends to continue to do so. I head further into the park and stop by a boating lake. As a middle aged couple wait to take a boat out on to the water, they tell me that they haven't yet decided who to vote for.

A worker in the park approaches us and asks if we are talking about the election. "I've always been Labour," he says. "I've been to lots of public meetings with Liz Kendall and I'm always willing to help her."

Support for the Conservatives also seems strong though. There are plenty of Tory voters in the area and they all seem very happy with Theresa May. "I trust her to get the job done," one woman says.

What I couldn't find in Leicester are any Labour voters who are planning to switch to the Tories. That's not to say they don't exist, of course. And Kendall is certainly not taking anything for granted. Like many Labour MPs, she is fighting this campaign on local issues. Jeremy Corbyn attended a packed-out rally in Leicester at the weekend but while other local Labour MPs Jon Ashworth and Keith Vaz were there, Kendall stayed away. Instead she was out canvassing in the Beaumont Leys area of the city.

Speaking to Politics.co.uk as she formally launched her campaign last week, she said she has always treated the constituency as a marginal seat.

"Without doubt this is a really tough election, including in Leicester West," she says. "I know it's going to be a fight for every voter."

She sounds up for the battle though. "Since I was elected in 2010, we haven't seen the Tories in Leicester West. We haven't seen them knocking on doors. If they do decide to target the seat I'm fully prepared. People will want to know where they were when we were fighting to save Glenfield Hospital's children's heart unit or when we were tackling crime"

At the last general election, Kendall increased her vote share by just over eight per cent from 13,745 in 2010 to 16,051 in 2015. Since then, her bid to become Labour leader seems to have benefited her locally. A number of people mention that it raised her profile in the area.

"She's [Kendall] got a good reputation locally," Labour member and union rep Jonathan Marsland tells me. "She's actually become more popular since the leadership election in 2015 as people were impressed that she stood by her principles. The Tory candidate in this area is an unknown."

Hickey may be a relative newcomer but he seems to be running a confident campaign. His posts on social media parrot the messages of Theresa May about a "strong and stable" government versus a "coalition of chaos." As a supporter of the Vote Leave campaign in the run up to the EU referendum, he will also be hoping to pick up a large percentage of the 5,950 Ukip voters from 2015.

But the general feeling I get from the people I speak to here is that the Conservatives might have bitten off more than they can chew in trying to take Leicester West.