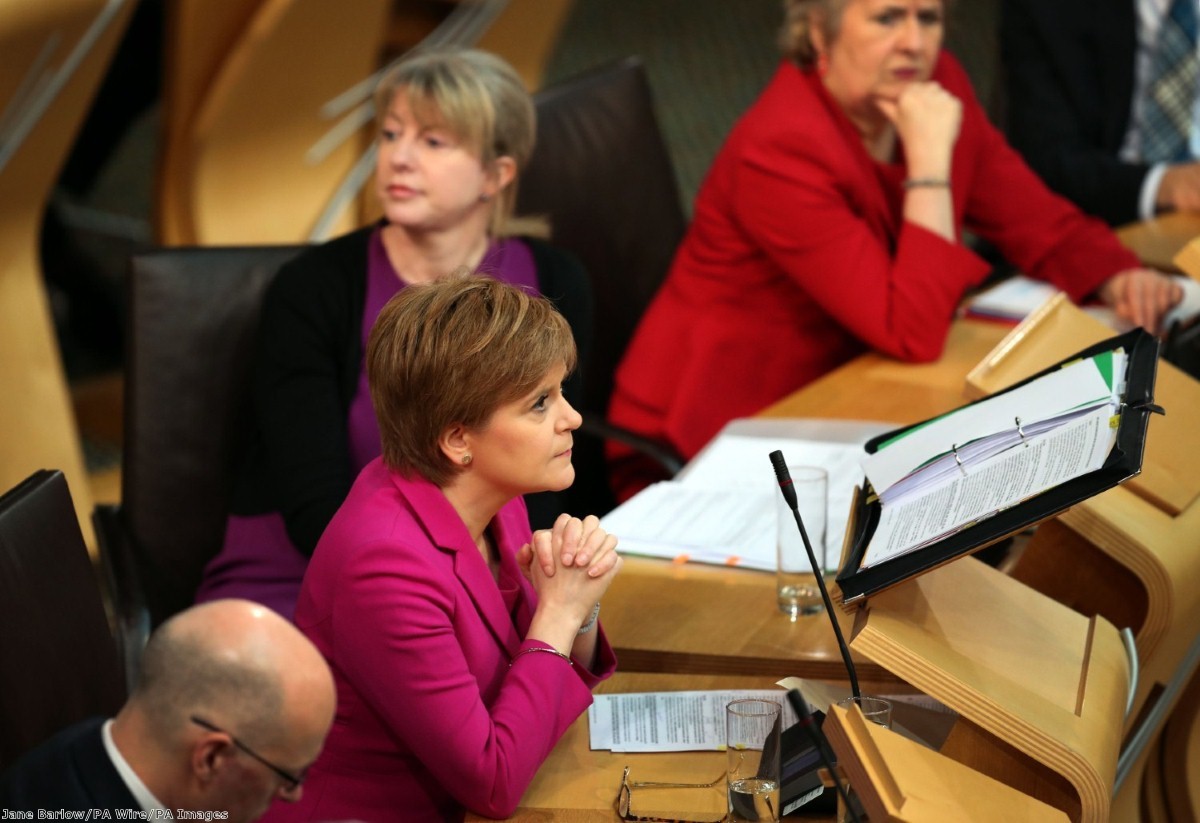 The sap is rising among the SNP with spring conference just around the corner.

The party gathers in a fortnight in Aberdeen and anticipation is growing that Nicola Sturgeon will take the opportunity to announce a second independence referendum to take place in 2018.

In an op-ed this week she said she has a "cast iron mandate" to hold a new referendum. Depending on the EU referendum bill's progress through the Lords, Sturgeon's conference speech could well come just hours before the prime minister presses the button to start the Article 50 process.

That helps explain why the Times reported that No.10 is bracing itself for just such an announcement from the first minister. The story wasn't actually new, it had been in the Courier in Scotland two weeks beforehand, but the Westminster press wasn't paying attention then so by London logic it didn't happen.

Certainly there's a logic to Sturgeon naming a date. Scotland goes to the polls yet again for local elections in May and it'd suit the SNP to fight those elections on the old Yes/No divide rather than have to answer for their record at a council level, which is so-so at best on things like education and social care.

But then plenty of Scottish voters already see the local elections through an #indyref2 prism. Sturgeon doesn't need to call another vote to ensure a healthy return in May, with Glasgow council being the big prize odds-on to fall to the SNP for the first time.

Her real problem is that the polls remain stubborn on the independence issue. It simply isn't a winning proposition right now.  If she were to lose a second independence referendum, Sturgeon would go down in history not just as the person who claimed the first vote would settle the issue for a generation, but as the politician who really did settle the issue for a generation.

The fundamentalists in the SNP want a vote no matter what. They remember well how they made up 15-20% deficit in the polls during the last campaign and believe they can do so again, taking Yes to a clear win.

The more managerialist members of the SNP – typically those in senior positions – are pondering the shape of the next campaign. They're more concerned about that stubborn polling than the grassroots, fearing that in a debate framed by economic issues they will face the same roadblock they faced last time but perhaps even more so. After all, the UK single market is worth four times more to Scotland than the European one.

They also face a potentially hazardous political debate on immigration. Conventional wisdom says that with Scottish Labour sidelined, the next referendum will largely involve Nicola Sturgeon going head-to-head with the Scottish Tories' Ruth Davidson. She is likely to highlight how Scotland would have to keep open borders if it wants to stay in the EU after Britain leaves.

The Tories stand ready to play the immigration card for all it is worth, if need be. All the evidence is it'll be effective. Scots are not much more open minded on open borders than their English counterparts. Recently, it took three members of staff in my local Co-op in Scotland to identify a grapefruit – suggesting that outside the cities this is not a cosmopolitan country.

But there are whispers that SNP figures may have a trick or two up their sleeve.

What if Scotland doesn't stay in the EU? What if it could reassure voters by aiming for only single market membership instead?

That's what SNP strategists are pondering. How about promoting a Norway-style model that answers the question about staying in one union and leaving another, but partially blunts the immigration issue and keeps on board all those Yes voters who backed Leave last year? If it signed up to the European Economic Area (EEA) agreement, Scotland could have the best of all worlds.

Such a proposal has the additional advantage of altering the timetable. It's widely believed the Scottish government would like a referendum before 2019 to avoid leaving the EU with the rest of the UK and then having to get back in. But if Scotland was leaving anyway and only interested in applying to join the EEA, that deadline is less harsh. It also gives Sturgeon more time to wait for the polls to come her way if Brexit unfolds in chaos.

The expectation that Sturgeon will announce a second referendum is now widespread. Anyone who has followed politics over the last few years ought to know by now that expectations are often wrong.

James Millar is a political commentator, journalist and podcaster. You can follow him on Twitter at @PoliticalYeti