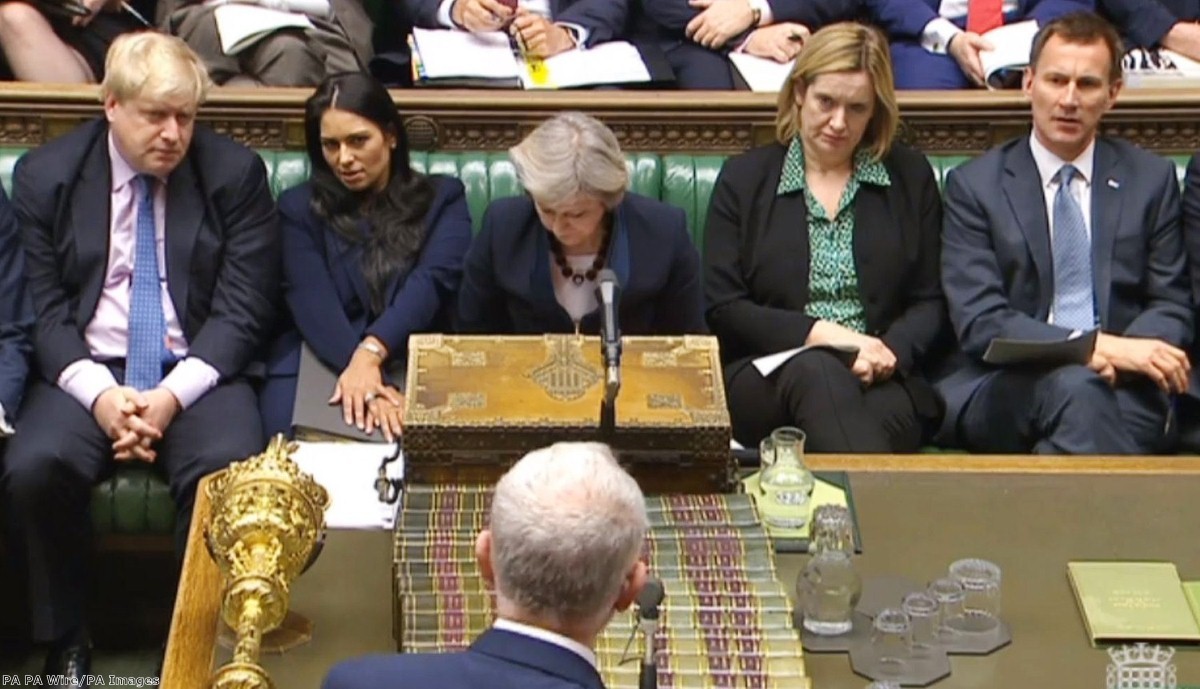 Good intentions don't have a calorie count. Many a left-winger falls into the trap of thinking that meaning well is the same as being useful. Perhaps there's a feel-good hormone that rewards gap yah well-diggers for every shovelful of soil they turn. Perhaps that hormone is a drug. But certain drugs are at least hunger suppressants. The good intentions of the development sector are not.

Much of the liberal left has never critically scrutinised Britain's foreign aid spending. After all, the policy is quite consciously a signal of British virtue to the wealthy world, hoping they will follow our lead in spending 0.7% of GDP on aid for poorer countries.

While the Department for International Development was established at the dawn of the Blair government, and its agenda heavily backed by Gordon Brown, it was David Cameron who took Britain's aid spending to the UN's 0.7% target for the first time in 2013. Coming at a time when other public services were hit by austerity, it started life as a political lead balloon and has grown heavier since.

While Cameron appeared to have a genuine commitment to aid spending, Theresa May is more ambivalent. She has pledged to stick to the aid target until the next election, partly perhaps, because abandoning it would require a change in the law and thus an ugly parliamentary battle.

But the mood music is easily heard. International development secretary Priti Patel, who wouldn't know a genuine commitment if she married it, has reportedly signalled a willingness to back budget cuts – while saying the opposite in public, as is her style.

Meanwhile aid spending is set to be casually redefined to include the promotion of British national security and trade interests – one assumes this doesn't include aid for Donald Trump – as the government effectively seeks to chip away at genuine foreign aid spending while pretending not to.

The direction of travel is not hard to see. And politically it will be devastating for Labour. Whenever the next election is held, and whatever the state of the economy at the time, the Tories will be under pressure to increase spending on health, social care and education, while driven by ideology to continue tilting at deficit windmills.

Raiding the aid budget to fund frontline services will be the easiest way out. That leaves Labour in a bind. Despite the left-wing rhetoric, shadow chancellor John McDonnell has committed to running balanced budgets, maintaining the state pension "triple lock", and has backed Tory plans to raise the threshold for the higher rate of income tax.

McDonnell is opposed to the government's planned tax cuts for corporations and the rich, and quite reasonably argues this money should go on health and care instead. But while this argument may be one that voters agree with, it chimes – as did the mansion tax – with a view of Labour as the party of tax and spend. A positive that triggers memories of a negative. A dessert that reminds you of your diet.

The Tories would make aid-for- health their campaign pitch. Labour would be left defending the foreign aid target. And because of those left-wing good intentions, they won't actually be asking why.

Some reporting on foreign aid spending is nonsense – no, Yegna are not the Ethiopian Spice Girls. I imagine their music is better, for a start. But significant problems do exist, as revealed by the reputable Alexi Mostrous in The Times:

And aside from all that, a nagging suspicion that the Chinese approach of investing in infrastructure is more effective than this emotionally intelligent do-goodery. There may be a convincing case for the 0.7% target, but the left tends to assume its existence rather than proving it.

Which would leave the mother of all traps for Labour at the next election – pledging to fund frontline services through tax-and- spend while the Tory press revels in cuts to foreign aid. And they will walk right into it – but with the best of intentions, of course.