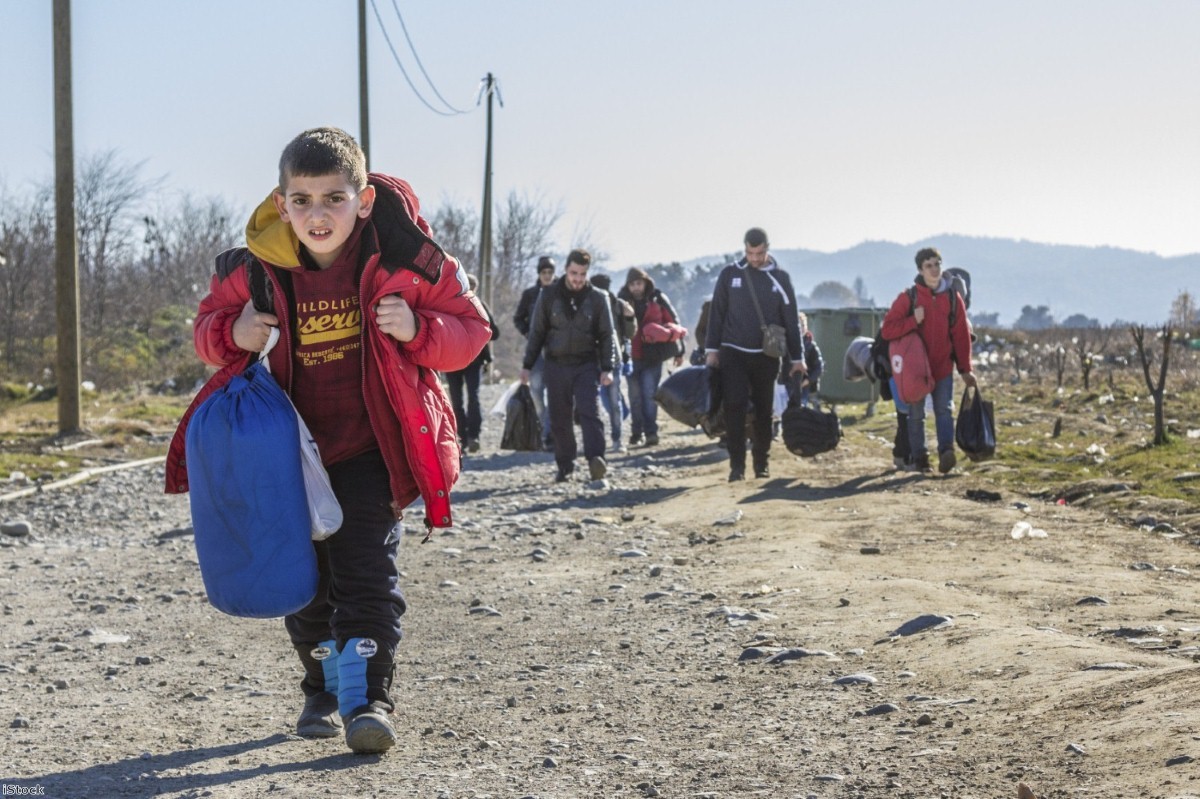 Tim Farron: The UK must open its doors to child refugees

Refugees are some of the most vulnerable people in any society. They have fled violence and persecution. They are homeless and stateless. They are completely reliant on the hospitality of host nations and under-funded refugee agencies to protect them.

Among this group of people, often hidden from the cameras and media attention, are the most vulnerable group of all: unaccompanied children. Many of these have lost their loved ones in conflicts and must themselves leave to survive.

Others, especially young men, have fled to escape being forced to fight in wars or for terrorist organisations like Al Qaeda or Daesh.  They have watched their fathers, brothers, cousins and friends die in unnecessary but unavoidable violence, and the family they do have left want a different path for them.

Europe still faces a refugee crisis. It may not be on the news or in the headlines as much anymore, but the reality is there are still hundreds of thousands of refugees stuck in Greece or along the West Balkans who are in limbo without being resettled, and at risk of being sent back. I met some of them on the border between Greece and Macedonia two weeks ago. Children were washing in puddles as parents spent the last of their money buying just enough food to survive on.

In Macedonia, just like in Calais and in other places across the continent, too many of these children are unaccompanied. An estimated 26,000 unaccompanied children came to Europe last year. 10,000 of them are now missing. The strongest likelihood is they have been trafficked and are now subjected to sexual exploitation and abuse.

European leaders should be ashamed that there are children in this situation on our continent, in the 21st century. We have failed those 10,000, and have failed to live up to our values in the process.

Today, MPs will have the choice to start to reverse this failure, and show the world that Britain is a country that protects the most vulnerable; a country that puts the rights and needs of a child above party politics or calculation. There is an amendment to the Immigration Bill that will allow just 3,000 unaccompanied children who are currently in Europe to be resettled in the UK. That’s only five kids per parliamentary constituency, but the difference this will make to the lives of each of those three thousand is impossible to quantify. The House of Lords overwhelmingly supported this amendment, led by Lord Dubs, himself a refugee brought to the UK as a child during the kindertransport.

Politics is about making choices, and the government today has the choice to save lives. It has the choice to lead countries across Europe and the world to do more for this desperate group. They have indicated up to this point they are unwilling to make the choice that would do what is best for these children. They have justified it to themselves with excuses, and misrepresented the facts. Neither David Cameron nor anyone in his government have made one single visit to a refugee hotspot in Europe.

Maybe if they had, they would be putting the rights and futures of these youngsters, many of them the same age as their own kids, ahead of political ideology.

The fact is, though, that we don’t need new legislation to resettle these 3,000 children. Any time they wanted, the government could choose to act. That is why I will continue to fight for these children, and hope the other politicians, charities, communities, churches, and individuals who have used their own voices to support this campaign will continue to do so as well.

Tim Farron is the leader of the Liberal Democrats