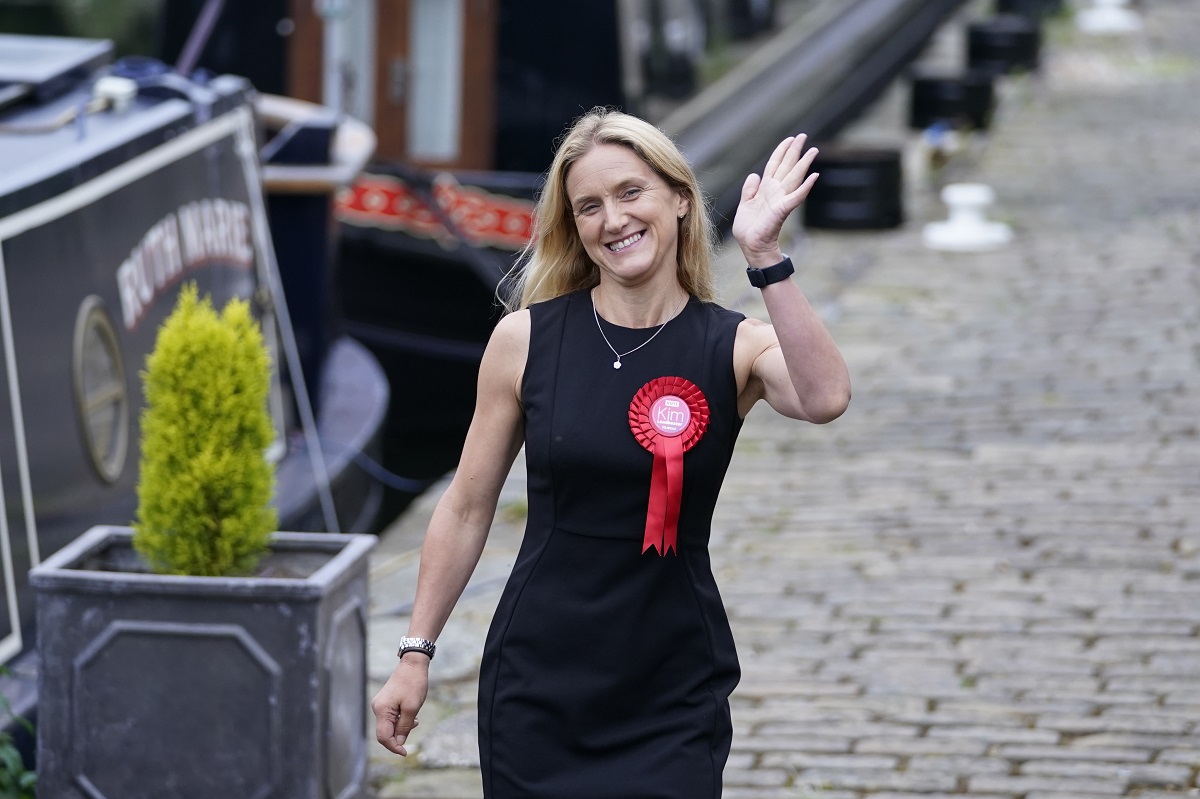 This morning doesn’t really change anything. Labour would be kidding itself if it pretended it did.

It won the Batley and Spen byelection by the tightest of margins – 13,296 votes to the Tories’ 12,973, with George Galloway coming in third on 8,264. The party’s vote declined by 7.4%, compared to a 1.6% decline for the Conservatives. It still seems to be struggling with Leave voters while failing to say anything which would inspire Remain voters. The party remains in crisis, albeit not one which is about to trigger a leadership challenge.

But sometimes politics isn’t about the national picture, or electoral strategies, or the great cultural dividing lines of Brexit. Sometimes it is a morality tale, a question of very basic values like decency and integrity. And that was what happened in this seat over the last few weeks.

Labour candidate Kim Leadbeater has conducted herself in a way that does her immense credit. Her sister, Jo Cox, was assassinated in this seat. Over the last few weeks she has campaigned against figures who will stop at nothing, who will refrain from nothing, in order to further their political agenda. She has been shouted at and chased by groups of homophobes. The activists campaigning for her have been beaten up and pelted with eggs. But she kept her dignity, she kept her composure, and she maintained the values necessary for the maintenance of a democractic society.

Galloway was one of the chief reasons the poison took root here. Throughout his career, he has worked to worsen division and ratchet up the sense of outrage between groups. In reality, he is no friend of Muslims. He denies as hoaxes chemical attacks in Syria which claimed hundreds of Muslim lives. He insists the Chinese concentration camps in which thousands of Muslims have been interned do not exist. But he is adept at stoking the most reactionary elements of religious identity and pitting them against each other.

Galloway got involved because he wanted to take just enough votes off Labour for the Conservatives to win. The Corbyn-nostalgic Labour hard-left all-but got behind him so that this loss would destroy Starmer’s leadership. And the Tories did little to challenge him because they thought they would benefit from his involvement.

This was a de-facto informal electoral alliance between Galloway, the Labour hard-left and the Conservative party. Only the most foolhardy and politically illiterate of them were foolish enough to explicitly voice support for him, of course. Instead, they were notable by their silence, by their failure to condemn what he brought to that constituency.

The Labour hard-left spent the last week talking about how Starmer would have to stand down if he lost the by-election. They were licking their lips at the prospect. And after all, why not? Galloway comes from the same tendency as Corbyn. He has similar views on international affairs: a hatred of Israel, an instinctive sympathy towards Russia and a blanket hatred of Western interventions. He also treats the centre-left like some kind of treason against the core tenets of Marxism. So he was treated with kid gloves, instead of the kind of dedicated moral opposition which his brand of politics deserves.

The Conservative party kept its head down, complacently assuming it would be the beneficiary of this abysmal state of affairs. Galloway acted for them as a third-party astroturf mechanism.

Its message in the seat was typical of the deep-seated explicit corruption with which it has begun to approach national politics: promising voters that they will win more government funding if they back them. But of course that comes with a grotesque consequence. It suggests that those voters who do not back them will be left to rot. This is electoral cronyism.

Now the dreams of the Labour hard-left and Conservative electoral strategists have come to nothing. Labour held on.

We don’t really know what happened in this seat. We can’t use the crucial 323 votes which swung it to paint a convincing national picture.

In the 2019 general election, the pro-Brexit local representation Heavy Woollen District Independents party picked up 12.2% of the vote. Yesterday, Galloway’s pro-Brexit Workers Party of Britain picked up 21.9%. We don’t really know how those votes break down on a Remain-Leave dynamic, or a left-right one. We can’t disentangle Brexit-tinged votes from the impact on the Asian community of the campaign.

Perhaps the threat of Galloway encouraged potential Labour voters to back the party. Or perhaps it took more votes from them than it made up for.

The Liberal Democrat vote, although always small, was down. Indeed, Lib Dem leader Ed Davey had subtly encouraged his voters to back Labour. Maybe this too played a crucial role. Maybe Johnson’s failure to sack Matt Hancock did damage. Maybe the vaccine roll-out is starting to lose its purchase in public support.

We just don’t know. Byelections are anomalous events. It’s hard to map them onto the national picture. And that goes doubly for a contest as complex and idiosyncratic as this one.

But we do know one thing. Some of the worst instincts in British public life were unleashed on that seat. Leadbeater, who, more than anyone, could be excused for wanting to give it all up, stood up for a better way of doing things. And she won. It’s one of those rare occasions in which those who acted with integrity came out on top. And those who did not are being humiliated.