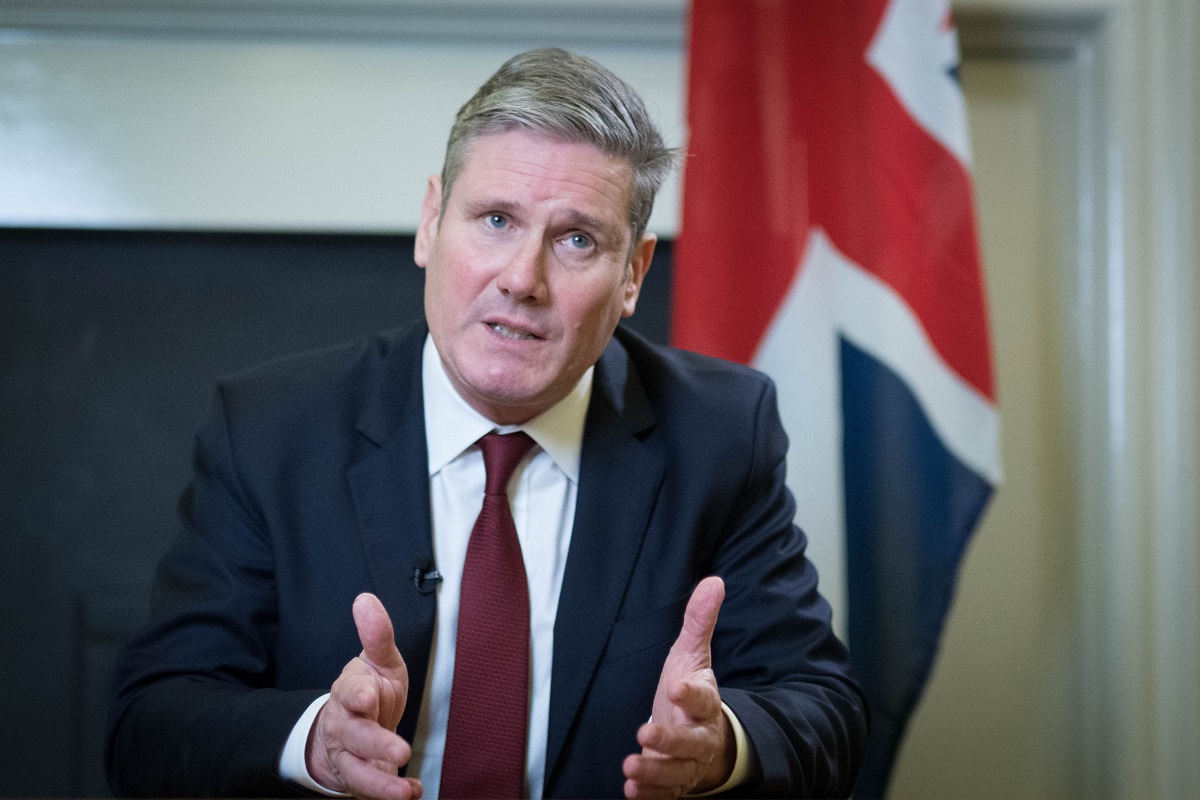 Week in Review: Getting over the flag

You’d have thought that Labour just announced racial screening for tourists at the border. News emerged in the Guardian this week of an external report presented to the party last year advising it to make use of the union flag, dress smartly and associate with veterans if it was to improve its performance in Red Wall seats. “Belonging needs to be reinforced through all messengers,” one slide said.

The reaction was ferocious. “Are you really so blind to what happens when you start pandering to the language and concerns of the right?” one Labour staffer said. MP Clive Lewis branded it “Fatherlandism”. On Twitter, outraged left wingers accused Keir Starmer of emulating Ukip and betraying immigrants.

There’s a lesson liberals and the left have to relearn again every generation and which this week’s furore suggests they need to learn again. People have a need to belong. Not all of them and not all the time. But most of them, most of the time.

They express this through religion, or their local area, or their continent, or even a football team. But one of the chief ways they feel it is through their country. George Orwell realised this during the Second World War, as fascism mutilated this sentiment into something murderous and apocalyptic. “One cannot see the world as it is unless one recognises the overwhelming strength of patriotism,” he said. “As a positive force there is nothing to set beside it. Christianity and international socialism are weak as straw in comparison with it.”

This left liberal-minded people with a couple of options. Either forsake the ground and allow the nationalist right to monopolise it, moulding it into xenophobia, hatred of immigrants and racist sentiment. This was what we saw during the Second World War and, in a more diluted form, in the advance of nationalism in our period. Or you grasp it and fashion a patriotism which abides by liberal values: open, plural and inclusive.

The angry responses to the flag report were typified by false binaries. We were told that by embracing the flag, Labour would lose support from young people, ethnic minorities, and Scottish and Welsh voters. We were told it was a betrayal of internationalism.

Every one of these notions is false. Some of them are disreputable. If Nigel Farage had said that ethnic minorities were turned off by expressions of British patriotism, we would see it for what it is: racism. A cloying attempt to suggest that those who are not white are not properly loyal to the country. And yet for some inexplicable reason it is considered tolerable to suggest this on the left. In fact, both young people and ethnic minorities report in surveys that they do feel patriotic and do feel pride in the flag.

The emphasis is indeed on the Scottish identity, but a full 70% of people in Scotland felt fairly or strongly British. In Wales, it was 80%. The idea that the nations of the UK feel no affinity at all with Britain is simply false. The idea that the union flag will incense and alienate Scottish and Welsh voters is simplistic. There is space for a progressive political force to emphasise British identity alongside greater devolution and a firm sense of Scottish and Welsh identity.

The claim that patriotism is a rejection of internationalism is also weak. Institutions like the EU, the WTO, the UN and international human rights law were not constructed by people who dismissed the nation state. They were pursued by people who loved their country and knew it would succeed by pursuing an enlightened form of national self-interest in which it cooperated with others according to a global rules-based order. There is no opposition between internationalism and patriotism, but when we suggest there is we play into nationalism’s hands.

We’re at a critical juncture here. Nationalists across the world are telling voters that love of country means rejecting immigrants, asserting cultural and ethnic homogeneity, burning down the global institutions and putting up walls against the outside world. Liberals are engaged in the fight of their lives to oppose that. But they cannot do that by rejecting the sense of belonging which people naturally have. They must do it by showing a better form of patriotism, one which values diversity and international cooperation.

This is precisely the problem Labour faces. It is being split into tiny pieces. The SNP has savaged it in Scotland. A political debate based on cultural values has battered it in the north. It must win back those voters while maintaining its metropolitan liberal support. And that is not a betrayal of Labour values. It is the way Labour has always behaved. The great figures of the Labour movement who are now celebrated by the left, like Clement Atlee and Nye Bevan, did not discard the union flag. They wrapped themselves in it. And not for show – but because their heart was in it.

We’ve had recent evidence of how this works. Last month, after he was inaugurated, Joe Biden said: “This is America’s day. Through a crucible for the ages, America has been tested anew and America has risen to the challenge.”

He wasn’t rejecting his national flag. He wasn’t branding it a “butcher’s apron”, or feeling embarrassed by it, or patronising those who believed in it. And it would be insane if he had: a one-way route to failure and loss. The same is true here.

There is no future for liberalism or the left without an embrace of belonging. We can deny this all we like, but it will remain the case regardless. Patriotism is the weapon which will destroy nationalism. You either take hold of it, or you leave it for the other side to use.