Born on the 17th October 1984 in Richmond upon Thames, Sophy Ridge went to The Tiffin Girls’ School, a grammar school in nearby Kingston. At 16, she began undertaking work-experience at her local paper: the Richmond and Twickenham Times.

In a meteoric rise, by her mid 30s Ridge was a Sky News Presenter at the forefront of Sky New’s national political coverage – not bad for someone who reportedly grew up in a household that wasn’t particularly ‘newsy’ and one which didn’t even have a TV in the house until Ridge was 13. 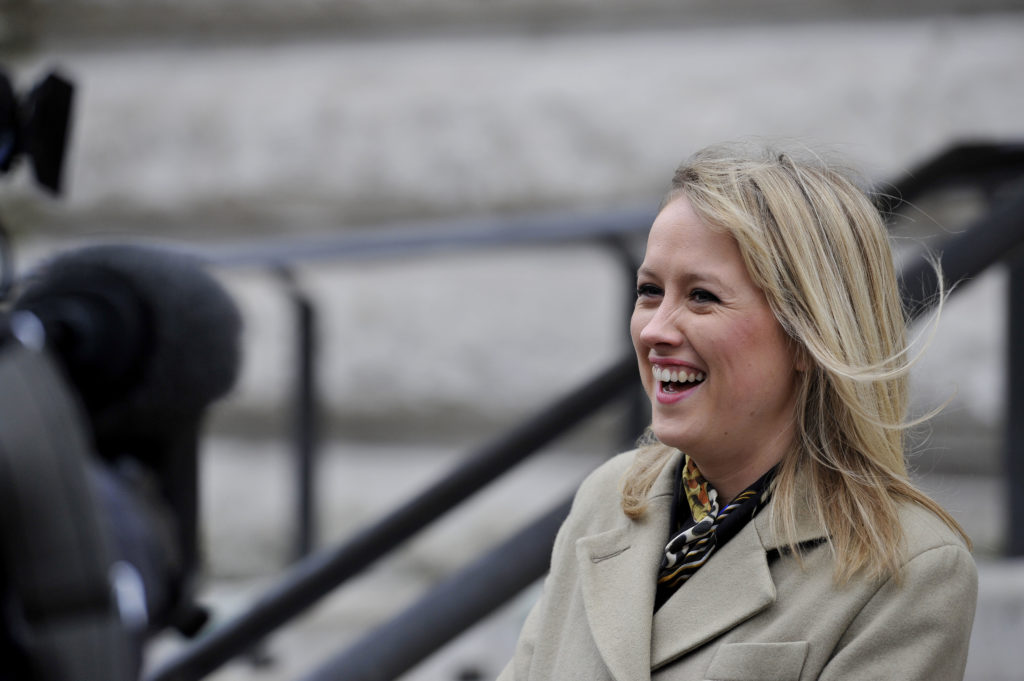 While studying English at Oxford University’s, St Edmund Hall, Ridge attended a talk by Paul Nicholas, the then deputy Managing Editor of News of the World tabloid newspaper. Following the talk, Ridge asked Nicholas if he could offer her some work experience; and Nicholas obliged.

Ridge completed this work experience during her final year at Oxford, after which she was enrolled into the paper’s graduate training scheme as a trainee reporter. Some two years later, in 2009, the young journalist was appointed Consumer Affairs correspondent at the News of the World.

In 2011, just before the phone-hacking scandal broke at the paper, Ridge switched her career to that of a broadcaster and was appointed by Sky News becoming a senior political Correspondent focusing on British politics.

After first being a news reporter at Sky, she took over the Friday edition of ‘Sky News Tonight’ and, finally, she was awarded with the Sunday morning political slot and her own ‘Sophy Ridge on Sunday’ programme. The SKy TV programme was designed to compete with the BBC’s Andrew Marr show.

Ridge continues to hold this role. Then Prime Minister, Theresa May, was amongst the first people that Ridge interviewed on her new show. Boris Johnson and Sir Keir Starmer are amongst many leading politicians in Britain who have subsequently appeared on her programme.

Sky’s Sophy Ridge describes herself as a feminist, and she has spoken of being misidentified by male MPs, once for a fashion journalist, and once at the Labour Party conference for a weather girl. Ridge has described these as the ‘sort of stories that [every female political journalist] has’.

Ridge is frequently the subject of sexist abuse on Twitter and she has spoken about needing to ‘have quite a thick skin’. She has said that fellow Sky News Presenter and Anchor, Kay Burley, is her role model.

In 2017 Ridge released a book entitled, Women Who Shaped Politics, in which she discussed women’s contribution to British politics.

How old is Sophy Ridge?

Ridge was born in 1984. Both her parents were teachers.

Ridge is married to Ben Griffiths, who himself has a background in newspaper journalism and public relations.

Ridge went on Maternity Leave in 2017, and again in 2021. During her maternity the Sophy Ridge show was presented by Trevor Phillips.