Robert Peston began his journalism career in print; before making a jump to broadcasting as the BBC’s Business Editor in 2005. Peston held this role until 2014, when he became the BBC’s Economics Editor. 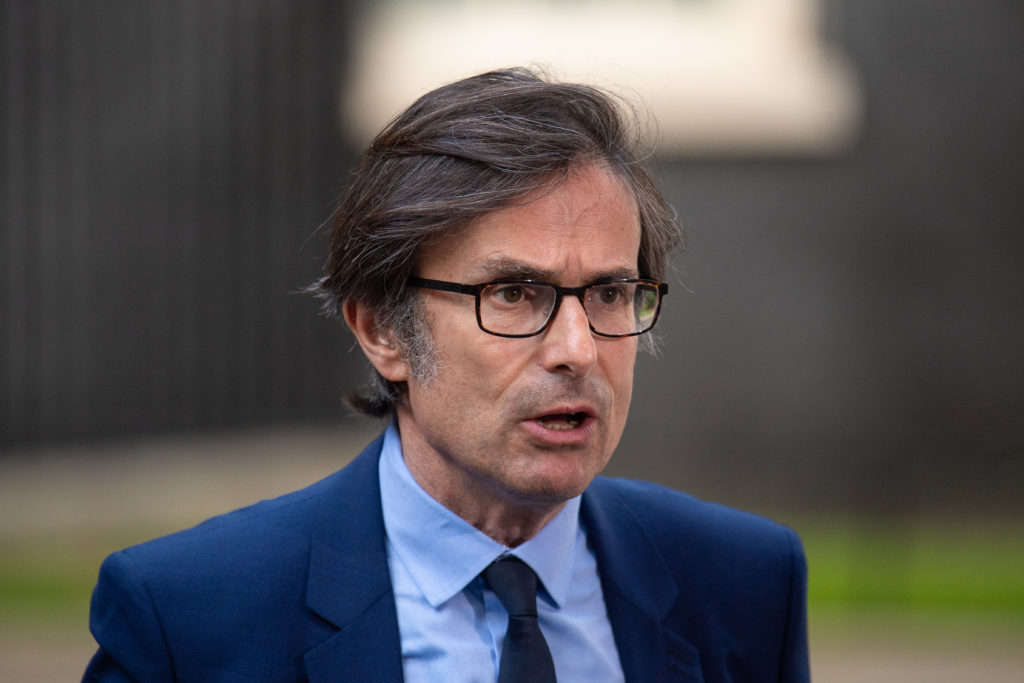 The ITV Political Editor aspired to be Prime Minister in his youth.

After graduating with a degree in PPE from Balliol College, Oxford, Peston worked at stockbrokers Williams de Broe; where he reportedly bored quickly. In 1983 Mr Peston joined the ‘Investors Chronicle’ magazine, before opting for ‘The Independent’ newspaper upon its launch in 1986.

From 1991-2005, Peston worked at the Financial Times (FT). At the FT, Peston was variously the Political Editor, Financial Editor, Banking Editor and Head of an investigations unit.

After joining the BBC as a television journalist in 2005, Peston came to greater public attention following his reporting on the Northern Rock banking crisis. As the credit crunch crisis developed, Peston became a regular feature on evening television.

Much comment was made at the time of Peston’s distinctive speaking style. Peston was the first to report that Northern Rock might be in financial difficulties.

Following the financial crisis that ensued, Peston was questioned by a Commons Select Committee on the role of the media in financial stability and ‘whether financial journalists should operate under any form of reporting restrictions during banking crises’. It has been suggested that television reports might encourage people to believe that they should quickly remove their savings from a struggling institution, and thereby encourage a run on the Bank.

In 2015, Peston joined ITV as ITV Political Editor.  He is the presenter of his own weekly TV political magazine show ‘Peston’ on which he attempts to hold government and opposition politicians to account.

Alongside these jobs, Peston has written four books, including ‘How Do We Fix This Mess?’, ‘Who Runs Britain?’, ‘Brown’s Britain’ and, most recently, ‘WTF?’.

ITV’s Robert Peston describes himself as ‘someone who has tried to practice impartial journalism’ all his professional life, but he mused around the difficulties of objectivity in the 2020 ‘Hugh Cudlipp Lecture’.

Peston is not free of accusations of bias. Jeremy Corbyn’s then Head of Communications, Seamus Milne, reportedly texted the journalist accusing him of not being ‘remotely fair or balanced’ and including a high degree of ‘slanted editorialising’.  Milne highlighted Peston’s interview with the UK Chief Rabbi, following his intervention in 2019 General Election against Jeremy Corbyn.

Peston maintains that the interview was impartial. Peston has been open about his Jewish heritage in reporting the Labour Party’s anti-Semitism allegations telling the Cudlipp Lecture that, ‘the idea that I would ever have begun a report by saying “as a Jew” would have been unthinkable [a few years ago]’.

In the same 2020 ‘Hugh Cudlipp Lecture’, Peston describes how he made his bosses and lawyers anxious by asserting ‘that leaving the EU would make us poorer’. However, Peston insisted that the claim, while not balanced, was impartial. Peston has criticised the BBC for missing this ‘balance vs. impartiality’ distinction in their coverage of Brexit.

In April 2022, Robert Peston issued a tweet in which he suggested Britain would look like an ‘elected dictatorship’ if Boris Johnson failed to resign after the partygate affair.  In doing so, Peston was accused of breaching ITV’s impartiality rules.  The TV regulator, Ofcom said it would not investigate the comments as Mr Peston’s remarks were made on social media rather than ‘on air’.

How old is Robert Peston?

Robert James Kenneth Peston was born on 25 April 1960. He is now in his sixties.

In 2013, Peston’s wife, the novelist Siân Busby, died of lung cancer. The two had known each other since their teens.

Peston is now in a relationship with Charlotte Edwardes, a Sunday Times journalist and former Diary Editor at the Evening Standard.

Edwardes hit the headlines in 2019 after she alleged that Boris Johnson had squeezed her ‘inner thigh’ at The Spectator’s offices in 1999. In response, a Downing Street spokesman said: ‘This allegation is untrue’. Following this statement, Edwardes responded telling Sky News that: ‘If the Prime Minister doesn’t recollect the incident, then clearly I have a better memory than he does’.

4 Things you may not know about Robert Person

Peston’s father was a Labour Peer
Robert Peston is the son of late Labour Peer, the Right Honourable Maurice Peston. Robert is hence entitled to the courtesy title ‘The Honourable’, but he chooses not to use it.

Peston is a massive Arsenal Fan
Peston lives in London and is a ‘lifelong Arsenal supporter’. He has spoken out against the anti-Semitism of some Arsenal fans. In 2018, Peston tweeted , “One of those moments when I am ashamed to be Arsenal supporter on way to Wembley because moron gooners singing anti-Semitic song[s] about how they have foreskins & Spurs fans don’t’,

He grew up wanting to be Prime Minister
In a 2018 interview with the Guardian, Peston revealed that he had ambitions of becoming Prime Minister in his youth.