The G system was first established in 1980, following the invention of the mobile phone which allowed analogue data to be transmitted via phone calls.

5G (fifth generation) wireless network technology was introduced in 2019 as a significantly faster and more capable upgrade of its forerunner 4G.

5G operates through a combination of cutting-edge network technology and the latest high-spec devices. Therefore, 5G networks can only be reached on 5G-compatible devices, and when within range of a 5G phone mast or tower.

The growth of 5G masts

Mobile phones are  in essence small radio transmitters and receivers, which operate using radio wave networks. To send or receive calls, a handset must be within range of a mobile phone mast: this is a fixed radio receiver and transmitter, whose antennae maximise network signal within that vicinity. 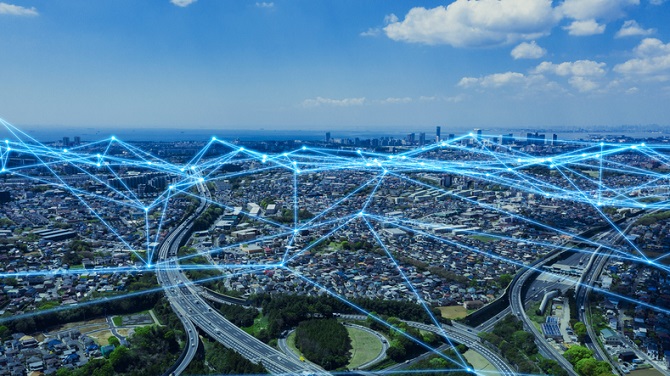 The antennas must necessarily be high above the ground to avoid connection interference from the likes of buildings or trees. The taller the mast, the wider the network coverage, and the more phones that can be provided with a fast mobile signal.

When a call is made within range of a mast, the mast relays the call to a switching centre, either by underground cable or by microwave, which routes it to the correct destination.

There are currently in excess of 80 million mobile phones in use in the UK, all of which need to be within the range of a mast to function. Therefore, more base stations are needed in areas of high mobile usage. Masts may be only a few hundred metres apart in large cities, for instance, but several kilometres apart in rural areas.

In 2020, 5G coverage was still limited across the UK due to a limited number of 5G masts. However, the network is increasing rapidly as carriers are working to expand their services. EE was the first UK carrier to launch its 5G network in May 2019 and, by the end of 2019, had expanded to 50 towns and cities across the UK.

5G does not set out to ‘replace’ previous generations of mobile inter-connectivity, rather, it works alongside 3G and 4G networks to maximise connection speeds. Mobile network operators across the UK are currently undergoing a process known as ‘network densification’ as part of their 5G rollout strategy.

The benefits of 5G Networks

The overall performance rate of 5G networks is said to be up to 100 times faster than that of 4G.

5G also boasts a significantly higher data capacity, due to its ability to access new frequencies and wave spectrums. This, in turn, makes the device much more capable of handling simultaneous requests at once. 4G devices often experience delays due to the high volumes of network traffic and their inability to access higher wave frequencies.

Further advantages of 5G networks include a significantly higher quality of voice and video calls, faster and smoother online streaming, and the expansion of high-tech features such as real-time language translation.

In July 2020, the government announced a series of law changes to increase the speed and efficiency of 5G rollout across the UK. Despite widespread objection, new laws reduced existing limitations on the location and height of phone masts. 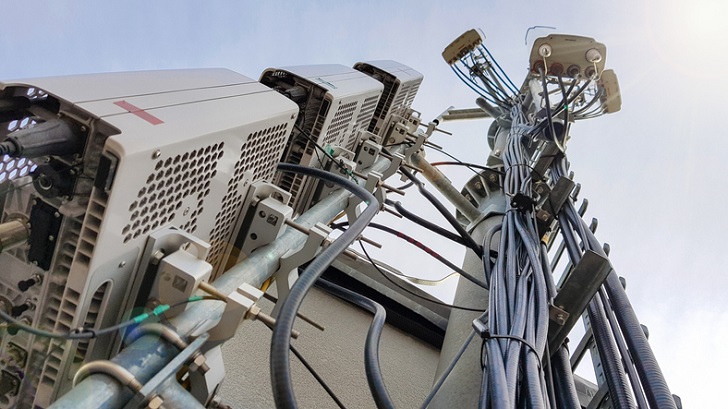 The construction of new 5G masts was now permitted significantly closer to highways and main roads, and at heights of up to 50m (subject to approval from the relevant planning authority) – double the previous limit of 25m.

Existing 4G masts could also be strengthened to support 5G infrastructure, without the approval of local authorities, so to share the network between mobile operators. Finally, changes to planning regulations made it easier for cabinets containing radio equipment to be installed alongside phone masts, in order to enhance 5G coverage.

The government defended these planning reforms as a means of improving reliable mobile phone coverage throughout the UK – specifically targeting remote and rural areas which have traditionally received slower connections than elsewhere in the country.

The new laws were designed to support the government in delivering its £1 billion deal with mobile operators to create a ‘Shared Rural Network’, boosting productivity and investment in rural areas.

In September 2020, the government faced a legal challenge over its decision to push ahead with reforms to phone-mast legislation. Civil servants were accused of holding back critical scientific data on the issue, while the Department of Housing, Communities and Local Government and Digital, Culture, Media and Sport was said to have not conducted a proper consultation on the decision.

Driving the challenge, Phillip Watts, trustee of EM Radiation Research Trust said: “While there is so much concern around health issues associated with 5G infrastructure, it cannot be right to give telecommunication companies carte blanche to invade our cities, towns, communities and residential streets with controversial technology.”

The Stated Concerns
Ever since the first introduction of 3G masts in the early 2000s, concerns have been raised around their possible threats to human health. Concerns typically lie with the radiofrequency (RF) radiation emitted from telephone masts which, some argue, hold the potential to damage human DNA, cause oxidative damage, and disrupt cell metabolism.

In 2011, the World Health Organization furthered concerns in this area by defining radiofrequency radiation as “possibly carcinogenic to humans”. Campaigners express concern that with radio frequency radiation, the higher the frequency, the higher the associated risk. Given that 5G uses frequencies of up to 18 times that of 4G, it is suggested that the potential health hazard would logically be higher.

Health Concerns addressed
Dr Novella, assistant professor of neurology at Yale University in America, has said that opponents of high-frequency radio wave networks show tendencies to confuse hazard with risk. He claims that, “A loaded pistol is a hazard because theoretically, it can cause damage. But if you lock it in a safe, the risk is negligible”.

Instead, it is suggested that an abundance of misinformation has led onlookers to align radiation from phone masts with ionizing radiation; the damaging kind which is released from nuclear explosions. However, 5G operates at wavelengths using non-ionising radiation. As has been clarified by scientists and medical experts, radiation which is non-ionising is too weak to break chemical bonds and, therefore, to cause damage to DNA or human cells.

Further to this, all mobile and WiFI networks in the UK conform to strict regulations based on advanced research, scientific literature and public consultation. The International Commission on Non-Ionizing Radiation Protection (ICNIRP) – a body scrutinizing the health risks of radio broadcasts – has declared 5G completely safe as long as all guidelines are followed.

The Commission has spent the past 7 years developing new guidelines into the safe use of 5G radio networks. It has stressed that previous guidelines – in force from 1998 – would have been sufficient for new 5G technologies, yet additional precautional measures  are now in place to acknowledge the higher frequency spectrums in operation

In the words of Public Health England, ‘Independent expert groups in the UK and at international level have examined the accumulated body of research evidence. Their conclusions support the view that health effects are unlikely to occur if exposures are below international guideline levels.’

Amidst national security concerns, the government announced in 2020 that the phone company Huawei will be banned from the UK’s 5G network from 2027.

This decision was taken in response to the firmer actions being taken by the US, Australia and New Zealand, whose governments have issued a blanket ban on trade with the phone company.

These sanctions are founded in the fear that placing Chinese-operated technology in the heart of the UK’s 5G network could give China the capacity to ‘spy’ on, or gather data, from UK users .

The US authorities claim that China’s 2017 National Intelligence Law, holds that organisations must “support, co-operate with and collaborate in national intelligence work”.   The US have said this could be used to justify intervention from state-sponsored hackers via the network. Speculations of state sponsorship have been denied by Huawei, which describes itself as a company “fully owned by its employees”.

Removing 5G equipment from existing networks is expected to delay the UK’s roll-out of 5G by 2-3 years while posing additional costs of up to £2 billion.

Following the outbreak of coronavirus in 2020, a number of conspiracy theories circulated on social media, attributing the emerging covid 19 virus to 5G phone masts: a claim which remains unfounded and widely refuted.

The conspiracy theory was branded as “dangerous nonsense” by the Cabinet Minister, Michael Gove MP.

The body which represents the UK’s main mobile networks, Mobile UK commented: “There is no scientific evidence of any link between 5G and coronavirus. Fact. Not only are these claims baseless, they are harmful for the people and businesses that rely on the continuity of our services.”

Industry sources have suggested that these conspiracy theories resulted in vandalism and arson attacks on some 20 masts across the UK.

“5G will be transformative for our country, but only if we have confidence in the security and resilience of the infrastructure it is built upon.” – Digital Secretary Oliver Dowden, 2020

“There are two types of radiation. Ionising is the kind that you get in hospital when you have radiotherapy. Non-ionising is what comes out of phone masts and TV towers. People get confused about adverse health effects. Cancer is not a recognised health effect as a result of exposure from masts, for example.” – Dr Richard Findlay, Society for Radiological Protection’s EMF and Optical Radiation Committee, 2020

“A considerable amount of research has been carried out on radio waves and Public Health England have concluded that exposures of radio waves to the public are well within the international health-related guideline levels that are used in the UK.” – Margot James, Former Digital Minster, 2019

“[The] government will support work to bust health myths over 5G, which WHO say poses the same risk as talcum powder and pickled vegetables. There is no credible evidence to back up concerns and huge evidence for the economic benefit of gigabit-capable networks.” -Matt Warman MP, UK Digital Minister, 2020

By 2024, forecasts predict that there will be around 1.9 billion 5G subscriptions worldwide. (Statista, 2019)