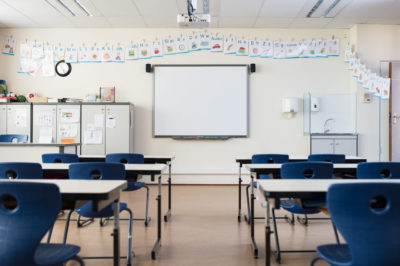 Schools that have received a series of below good Ofsted grades often end up in a cycle of challenging circumstances and limited improvement, a new report warns.

A new study, “‘Stuck’ schools” funded by the Nuffield Foundation, has explored the underperformance of 580 schools in England that consistently received less than good Ofsted inspection grades between 2005 to 2018.

The report finds that ‘stuck schools’ often face more challenging circumstances including higher teacher turnover, higher levels of disadvantaged pupils and pupils with special educational needs. However, ‘stuck schools’ are not unique. Many other schools share most of these challenges but have managed to avoid a continuous cycle of less than good inspection judgements.

Researchers identified and analysed the data behind 580 ‘stuck’ schools compared with schools that were not ‘’stuck’, combined with stakeholders’ experiences from both groups taken via  interviews and focus groups with 16 case study schools.

They found that after the initial negative Ofsted grade, the intake of a school tends to become more disadvantaged and teacher turnover increases, both of which contribute to the difficulty in reversing the negative Ofsted judgement. The longer the school continues to have the less than good rating, the harder the process of school improvement becomes.

However, the research also finds that a poor inspection judgement is only a modest contributing factor of ‘stuck’ schools’ lack of improvement or decline over time.

Commenting on her research, report co-author Dr Bernadita Munoz-Chereau, a principal research fellow at University College London’s Institute of Education, said:  “How to solve the stubborn underperformance of around 580 ‘stuck’ schools in England is high on the government’s agenda. Our mixed-methods study is robust and expands Ofsted work by combining quantitative and qualitative methods to better understand patterns of change over time and stakeholders’ experiences in ‘stuck’ schools and their comparison group. Its results are timely as they show that inspections can have a detrimental effect, but also that ‘stuck’ schools can get ‘un-stuck’ given the right time and support.”

Jo Hutchinson, report co-author and director for social mobility and vulnerable learners at the EPI, said: “Stuck schools face many challenges such as increasing deprivation, professional isolation and very high teacher turnover. While their continuing struggle with poor inspection outcomes was not determined by these challenges, nor by the experience of receiving an adverse grading, there were nevertheless clear signs that these could make recovery more difficult. While academisation has helped many secondary schools to reduce the challenges they face, having a change of head teacher made things more challenging in the short term, and for primary schools, the same benefits of academisation were not evident in our analysis.”

Dr Mary Bousted, Joint General Secretary of the National Education Union, said: “The researchers’ findings demolish the government’s claim that joining a MAT will improve schools’ outcomes.  They found that there is no positive effect or negative effect for primary schools joining a MAT.  Ministers must recognise that a change of a school’s governance is not the magic solution they claim it to be.

“It is not at all surprising that staff in ‘stuck’ schools have grave concerns about the fairness of Ofsted inspections – and in particular the ability of inspectors to recognise the work done in ‘stuck’ schools to support pupil progress.  It is extremely concerning that school staff’s impressions of the unfairness of Ofsted inspections are reinforced by data which shows that some ‘stuck’ schools actually achieved significantly higher rates of pupil progress than not stuck schools.  Ofsted, it would appear, has some explaining to do.