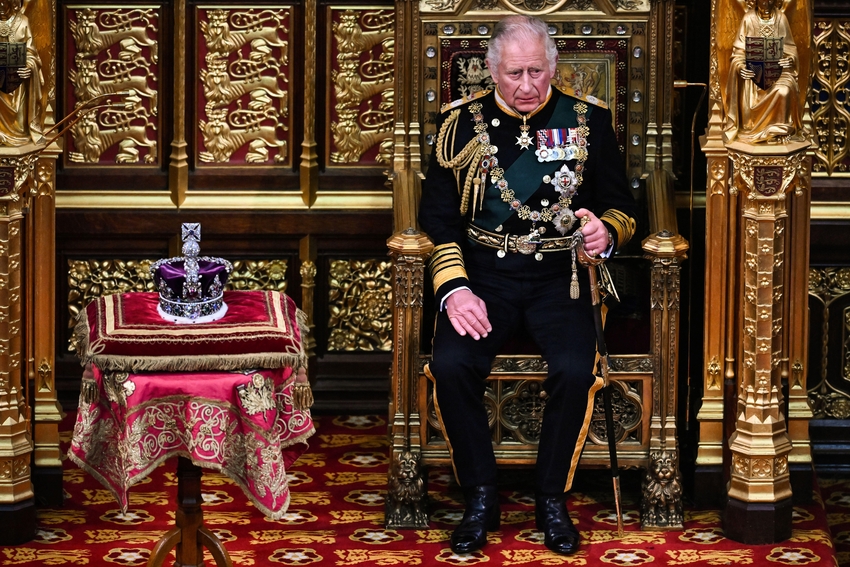 The government has set out its legislative agenda for the coming parliamentary session in this morning’s Queen’s Speech.

The speech was given by the Prince of Wales. Her Majesty Queen Elizabeth II was absent for the first time in almost 6 decades due to “episodic mobility problems”.

He said the government’s “priority is to grow and strengthen the economy and help ease the cost of living for families”, referring to plans to “level up opportunity in all parts of the country” and tackle Covid backlogs, currently sitting at 6.2 million.

He also said the government looks to “play a leading role in defending democracy and freedom across the world,” directly referring to the UK’s support for Ukraine following Russia’s February invasion.

He also said the government plans to “drive economic growth to improve living standards and fund sustainable investment in public services,” while maintaining “ a responsible approach to the public finances,” which will include “reducing debt while reforming and cutting taxes” and supporting the Bank of England to return inflation to its target.”

Prince Charles also referred to the the government’s plans to “protect the integrity of the United Kingdom’s borders”, in reference to plans to reduce “dangerous and illegal

Controversial plans to crackdown on protests through the Public Order Bill the government says will “make the streets safer” were also mentioned.

The speech laid out plans for a Bill to “drive local growth”, along with planning system reforms “to give residents more involvement in local development,” referring to the Levelling Up and Regeneration Bill.

He also said an Energy Bill would be brought forward to sure up UK energy security along with  “build[ing] on the success of the COP26 Summit in Glasgow”.

The speech also said draft legislation would be put forward to promote “competition, strengthen consumer rights and protect households and businesses” in a new Competition and Consumer Bill.

Plans to establish the UK Infrastructure Bank to support net zero were also laid out.

Prince Charles also said the government planned reforms to education that “will help every child fulfil their potential wherever they live,” while draft laws on mental health reform will also be published.

He also said that Her Majesty’s government will “continue to seize the opportunities” of Brexit as EU business regulations are set to be repealed and reformed in the forthcoming Brexit Freedoms Bill.

He also referred to the  Ireland Troubles (Legacy and Reconciliation) Bill which he said would prioritise support for the Good Friday agreement.

He said that the the “continued success and integrity of the whole of the United Kingdom is of paramount importance” to the government, “including the internal economic bonds between all of its parts.”

The government is also set to introduce laws to “improve social housing regulation, saying that it will “strengthen the rights of tenants and ensure better quality, safer homes”>

Plans to ban conversion therapy were also mentioned, as was the aim of establishing “an independent regulator of English football,” cracking down on financial crime And tackling global security issues.

The speech also referred to plans to block UK local authorities and the devolved administrations from introducing sanctions against other countries, which they argue could “undermine community cohesion”. This issue has often sparked controversy in regards to boycotts of Israel.