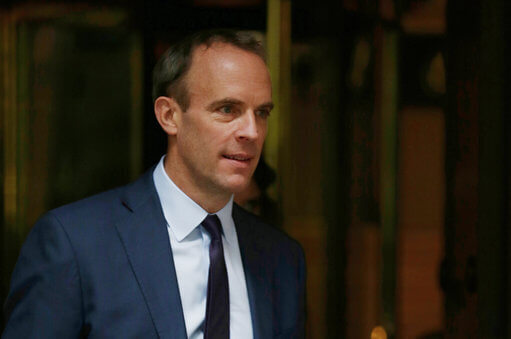 No 10 appears to contradict Raab in Geoffrey Cox sleaze row

A Downing Street spokesperson declined to comment on any particular case earlier today, but has said that the Prime Minister insists an “MP’s primary job is and must be to serve their constituents and to represent their interests in Parliament”, and that they ought to be “visible in their constituencies and available to help constituents with their constituency matters.”

However earlier today deputy prime minister and justice secretary Dominic Raab defended Cox telling Times Radio that: “Having the former attorney general is a legitimate thing to do” in reference to Cox’s offering legal advice to the government of the British Virgin Islands as he has “got some knowledge of what’s going on”.

He further defended the current system in an interview with LBC radio, saying: “Well, you know about it [Cox’s external jobs] precisely because of the transparency that’s required and ultimately in terms of accountability it’s for the voters, the listeners watching your show, to hold all of us to account, that’s the ultimate accountability we have in our democracy.”

Due to lockdown rules, Cox was able to vote in parliament via proxy while spending weeks in the British Virgin Islands working for international law firm Withers.

Cox has spoken in one Commons’ debate since he was sacked as attorney general by Boris Johnson last year.

Anneliese Dodds, Labour Party Chair, has written to Boris Johnson asking “whether Geoffrey Cox is a Caribbean-based barrister or a Conservative MP?”, and has demanded an urgent investigation into the matter.