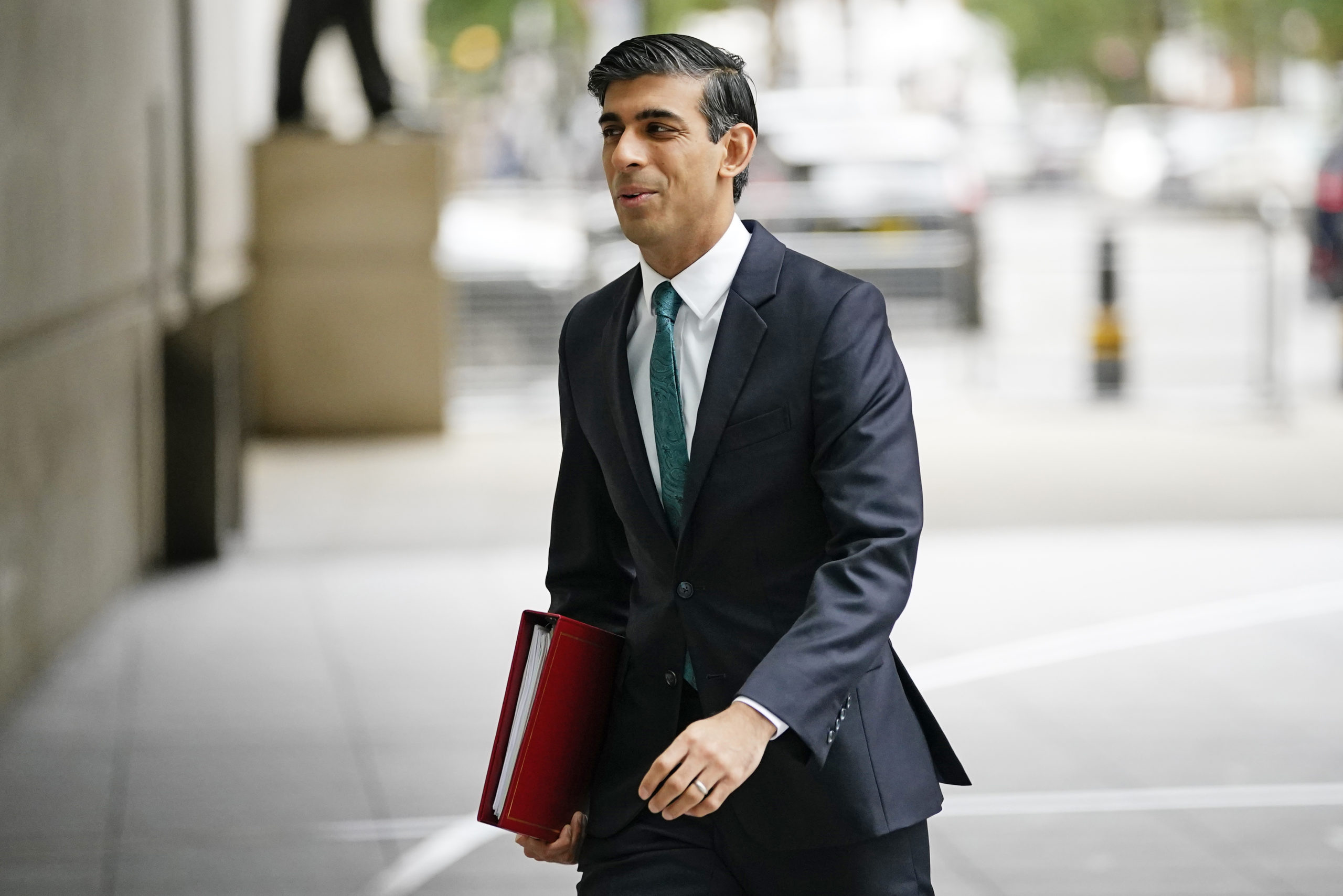 2:07pm – Lots of spending, but is it just replacing what was lost in the past 10 years? I imagine your view on that will depend on your political allegiances…

I’m off now! But thanks for joining us today for the 2021 budget!

Plenty in there to dissect. If you want a nice summary of the Chancellor’s speech, check out this summary on our website.

2:00pm – “We would ensure that those with the broadest shoulders pay their fair share.”

Labour say this A LOT. I think that’s their campaign slogan for any upcoming elections…

1:59pm – A big sticking point here on climate. Reeves points out that Sunak “promoted domestic flights over long-haul rail in the week before COP26”

1:57pm – “With no mention of climate in his conference speech… we are burdened with a chancellor unwilling to meet the scale of the challenges we face.”

1:53pm – “We have a government that is a by-word for waste, cronyism and vanity projects.”

1:50pm – “As well as having the highest death toll in Europe, Britain has suffered the worst economic hit of any major economy.”

“We’re growing faster than others… but that’s because we fell the furthest.”

“Our economy is set to be permanently weaker.”

1:49pm – Says Cons were behind the previous Labour gov. even including the financial crash on growing the economy – 2.3% compared to 1.8%

1:48pm – “This budget today will only make things worse. The solution starts with growth.”

“Under the Conservatives Britain has become a low-growth economy. The Tories have grown the economy at just 1.8% per year.”

Says we are behind ‘other countries’.

1:46pm – Heavy emphasis on what the Conservatives have already cut and is being replaced by Reeves.

“Why are working people being asked to pay more tax and put up with worse services. Why is billions of pounds… being funnelled to friends and donors of the Conservative party?”

1:45pm – “A record NHS waiting list with no plan to clear it… still having to sell their home for social care.”

“A court backlog… growing gap between opportunities at private and state schools.”

1:42pm – Reeves steps up in Starmer’s place: Says people will think the Chancellor “is living in a parallel universe.”

“This budget levels-up… builds a stronger economy for the British people.”

“2 million families will take home more than £1000 a year.” To be introduced in weeks.

Emphasises personal responsibility, “they are more important than the market or the state.”

“The moments that make life worth living aren’t announced by the government.”

1:33pm – We definitely didn’t know about this one…

1:29pm – It seems somewhat at odds that the government is making drinking cheaper whilst taking such a hard-line on illegal drugs – although that’s one for Patel rather than Sunak to discuss.

Rose included on the low list, which sits at roughly 9% alcohol.

1:23pm – 50% business rates discount for those in hospitality, retail and leisure

1:20pm –“We will retain business rates but with key reforms.”

“Fairer and timelier… Investment relief to encourage businesses to adopt green technologies… From 2023 every single business will be able to make property improvements and pay no extra business rates.”

1:16pm – The flag joke seems to have woken up the front bench, who seemed to be falling asleep earlier. Johnson looking rather chirpy now.

1:13pm – A constant thread through this speech is Sunak discussing negative things that have happened in the last decade and announcing steps to reverse it.

I think we can expect to hear Labour mention that in their response to this.

1:08pm – “An economy built on innovation must be open to the best and brightest minds.”

Announces a new scale-up visa, making it easier for businesses to bring in “highly skilled individuals”.

1:07pm – “Innovation comes from the imagination and drive from businesses.”

1:02pm – But that said, a £150bn increase in departmental spending – a 3.8% a year real increase – is a marked difference from previous Conservative governments. Sunak not resorting to traditional values completely.

1:00pm – Slightly odd that Sunak keeps saying this all represents the biggest spending in a decade. The Conservatives have been in power for 11 years…

12:58pm – British Museum and libraries to get extra funding as part of culture increase. New Beatles attraction on Liverpool waterfront.

12:57pm – Tonnes and tonnes of numbers on small scale projects being thrown out.

There’s a focus on levelling-up, with projects around Scotland, Wales and Northern Ireland too.

“This will benefit the whole of the United Kingdom.”

12:55pm – Sunak definitely focusing on trying to give an optimistic outlook despite the current issues with inflation etc.

It’ll be interesting to see Labour’s response to that.

“£5bn to remove unsafe cladding.” – Check out our feature on that.

So JUST before the next election. Wonder why they may do that…?

12:47pm – “Borrowing, down. Debt, down… Only the Conservatives can be trusted with taxpayers’ money.”

“Our plan for jobs is working.”

“Pre-covid level at the turn of the year.”

12:39pm – Sunak addresses inflation: “First, as economies around the world re-open, demands for goods has grown more than supply chains can meet…

“Global demand for energy has surged at a time when supplies have already been disrupted.”

12:38pm – “The only limit to our potential is the effort we are prepared to put in… That is the stronger economy of the future and this budget is the foundation.”

12:37pm –  “We will always give people the support they need and the tools for making a better lives for themselves.”

“For too long the location of your birth has determined too much of your future.”

12:35pm – Sunak starts: “I want to assure you that I have listened very carefully to what you have said.”

12:34pm – The deputy speaker addresses pre-briefing to the media. “Important policy announcements should be made first to parliament. I should put on record my support to Mr Speaker’s stance on this issue.”

We’ll be bringing you the budget soon, but in the meantime enjoy Ed Miliband standing in for covid-stricken Keir Starmer:

"That's never the way I did PMQs!" pic.twitter.com/pnFdIZwpNL

We’ll be updating this after prime minister’s questions!

Chancellor Rishi Sunak reportedly told the cabinet this morning that “levelling up” would be the “golden thread” that runs through this spending review and budget.

Many people have been critical of the government for the lack of clarity over what “levelling-up” actually means. Perhaps this speech will address that.

11:30am – A lot of it may have been leaked already, but Rishi Sunak’s newest budget speech will take place in just over an hour.

Stick with us for all the news and commentary, straight after PMQs!