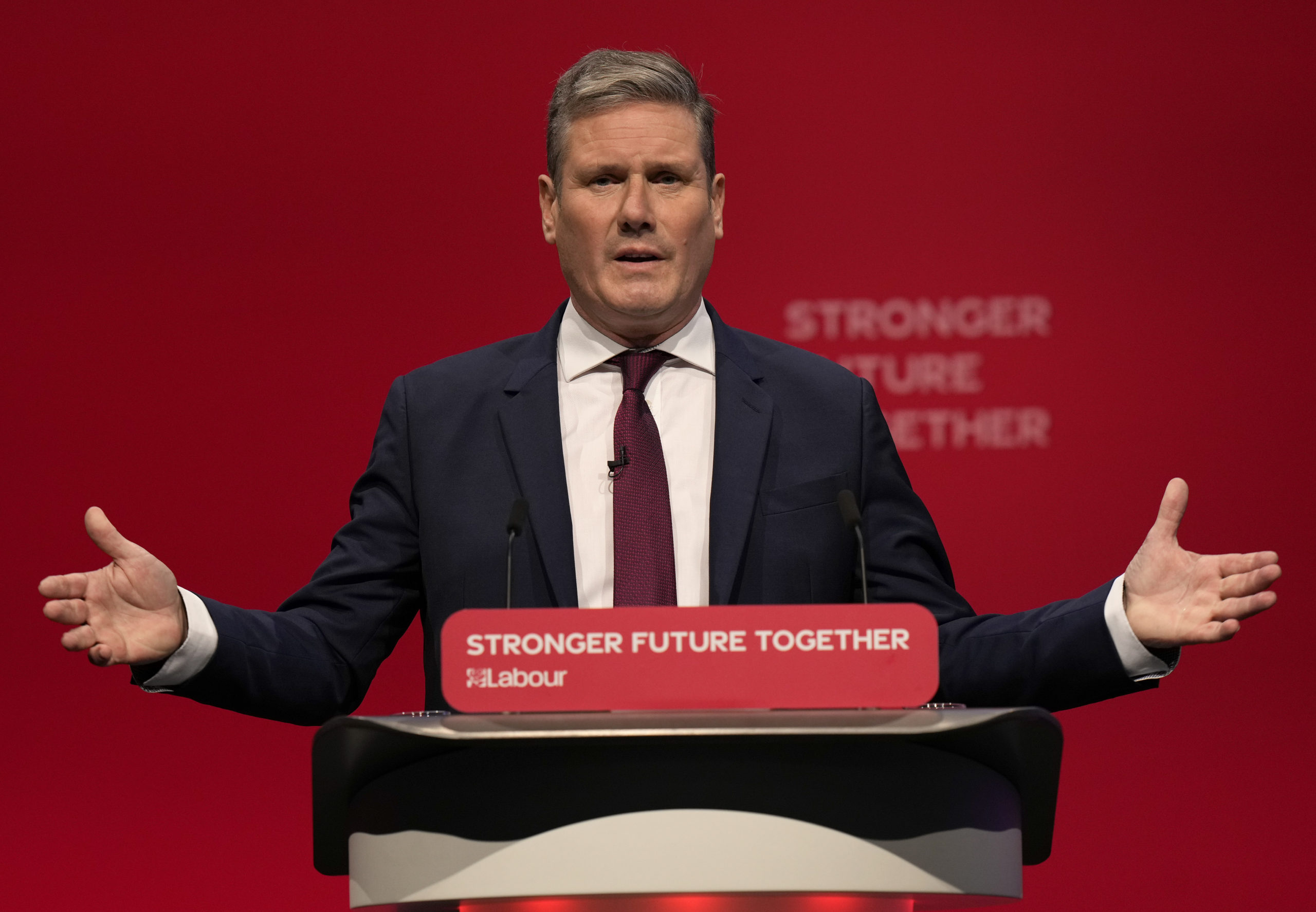 Labour leader Sir Keir Starmer presented his vision for government in his keynote speech in Brighton this afternoon, at the first in-person party conference since his election as leader.

He received a standing ovation before beginning the speech, thanked his frontbench colleagues and told Louise Ellman, former Labour MP for Liverpool Riverside who quit the party in 2017 over allegations of antisemitism under Jeremy Corbyn, “welcome home”.

He opened by slamming the government’s handling of the fuel crisis, saying: “If you go outside and walk along the seafront, it won’t be long before you come to a petrol station which has no fuel. Level up? You can’t even fill up.” However, he did not present any detailed policy alternatives within the speech.

He indirectly criticised Corbyn’s leadership, stating that this was the party’s ” first full conference since the 2019 general election in which we suffered our worst defeat since 1935, but thanked “devoted activists and loyal voters for saving “this party from obliteration”.

In an apparent appeal to Labour’s traditional working-class votership he said: “To the voters who thought we were unpatriotic or irresponsible or that we looked down on them, I say these simple but powerful words. We will never under my leadership go into an election with a manifesto that is not a serious plan for government.”

He referred to his childhood and father’s work as a toolmaker. He then included an off-script joke saying that in a way Boris Johnson’s dad was also a “toolmaker”.

He explained that his father have him a “deep respect for the dignity of work”, and quoted the poet W. H . Auden’s lines that: “You need not see what someone is doing to know if it is his vocation, you have only to watch his eyes. How beautiful it is, that eye-on-the-object look.”

He also mentioned his mother’s work as a nurse and his emotions in witnessing her struggle with illness prior to her death.

In response to hecklers, Starmer said he is used to being heckled by Conservatives at this time on a Wednesday (during Prime Minister’s Questions) and that he was “not bothered”.

He said that due to the pandemic the UK was at a turning point in its history and that the incumbent government was “lost in the woods with two paths beckoning.”

He echoed shadow home secretary Nick Thomas-Symonds’ remarks yesterday that tougher sentences would be introduced for rapists, stalkers and domestic abusers, and that serious sexual assault cases would be ‘fast tracked’, adding that fighting crime should always be “a Labour issue”.

He continued to blast the Conservatives’ record on justice, saying the system was “close to collapse” over court backlogs and lamented that 9 out of 10 criminal cases go unsolved.

He cited David Landes’ “The Wealth and Poverty of Nation” and said Britain could,—as it once did in the nineteenth century—again lead the world in industrial innovation.

In another apparent jab at the left of the party, Starmer said that a “strong society” could not be built “without a strong economy”.

He added that unlike Boris Johnson’s superficial pledge to “get Brexit done”, Labour policies would “Make Brexit work”.

Starmer has previously been criticised for his support of a second referendum on the UK’s membership of the EU, despite the majority support for Brexit across the ‘Red Wall’ constituencies Labour would need to regain to win the next general election.

He nodded to Blair’s 2001 conference speech and said Labour would launch “the most ambitious school improvement plan in a generation” by ensuring investment in the arts and sports in state schools.

He discussed the decline of skilled manual labour, a situation he said a Labour government would reverse, criticising the outsourcing of manufacturing for which he used foreign-produced wind turbines as an example.

He said a Labour government would introduce a Clean Air Act and introduce a “net zero” test for “everything we do in government,” and highlighted Rachel Reeves’ speech on Monday, in which she vowed to become Britain’s “first green chancellor”, and committed to annually investing £28 billion on a green transition.

He received a standing ovation upon the speech’s conclusion and was greeted by his wife on stage.

The speech lasted around an hour and a half, in contrast with the usual duration of around one hour expected for leader speeches.