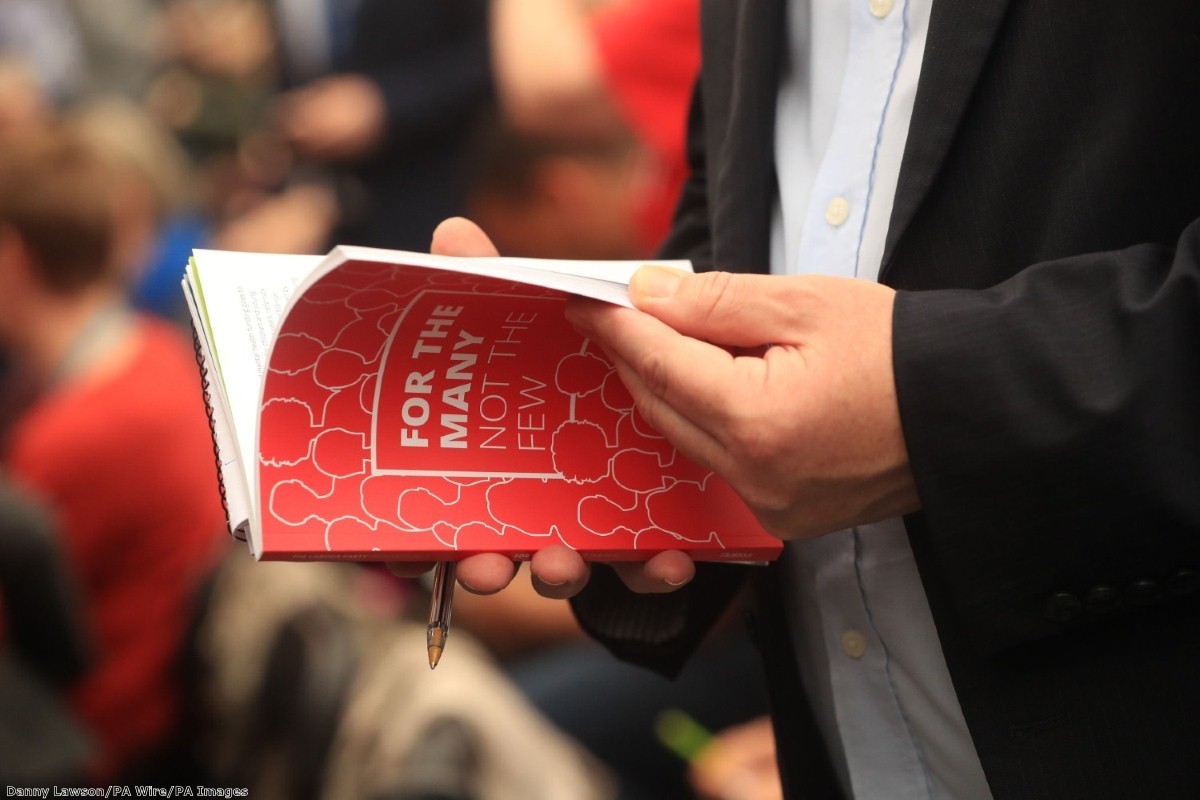 Labour in confusion over benefit freeze

Jeremy Corbyn has rowed back just an hour after saying that a Labour government would axe the government's benefit freeze – even though it made no mention of it in its manifesto published this morning.

Asked by ITV's Robert Peston at the manifesto launch why he hadn't committed to lifting the benefits freeze, Corbyn replied: "Yes, increasing benefits is important and clearly we're not going to freeze benefits, that is very clear.

"We're also looking at the perverse effects of the benefit cap on people and their housing accommodation, particularly in London and the centre of our big cities. You will be hearing more about that."

But just an hour later, he said of the benefit freeze: "We have not made a commitment on that. The commitment I make is that I do understand the perverse effects of the cap, and we will be dealing with that in the context of more affordable secure housing and high wages through the living wage.”

The manifesto makes no mention of the benefit cap – which limits the amount of welfare payments an unemployed household can receive – and does not mention the benefit freeze either.

Accordingly, there are no costings on how a lifting of the cap and the freeze would be paid for – meaning that further tax rises would likely need to be found.

However, the manifesto does go beyond the leaked draft manifesto in specifying £2bn of additional funding for Universal Credit to support a review of cuts to work allowances.

The freeze is set to hit the unemployed and low earners hard as inflation starts to rise due to the fall in the value of the pound. Last week Torsten Bell, Ed Miliband's former adviser and current director of the Resolution Foundation, expressed surprise that the leaked draft manifesto had said nothing about the benefit freeze.

Shadow chancellor John McDonnell famously said he would "swim through vomit" to vote against the lower benefit cap in 2015, despite Labour's official stance of abstaining on the bill. Corbyn's decision to vote against the bill was crucial in his winning the leadership election that summer.