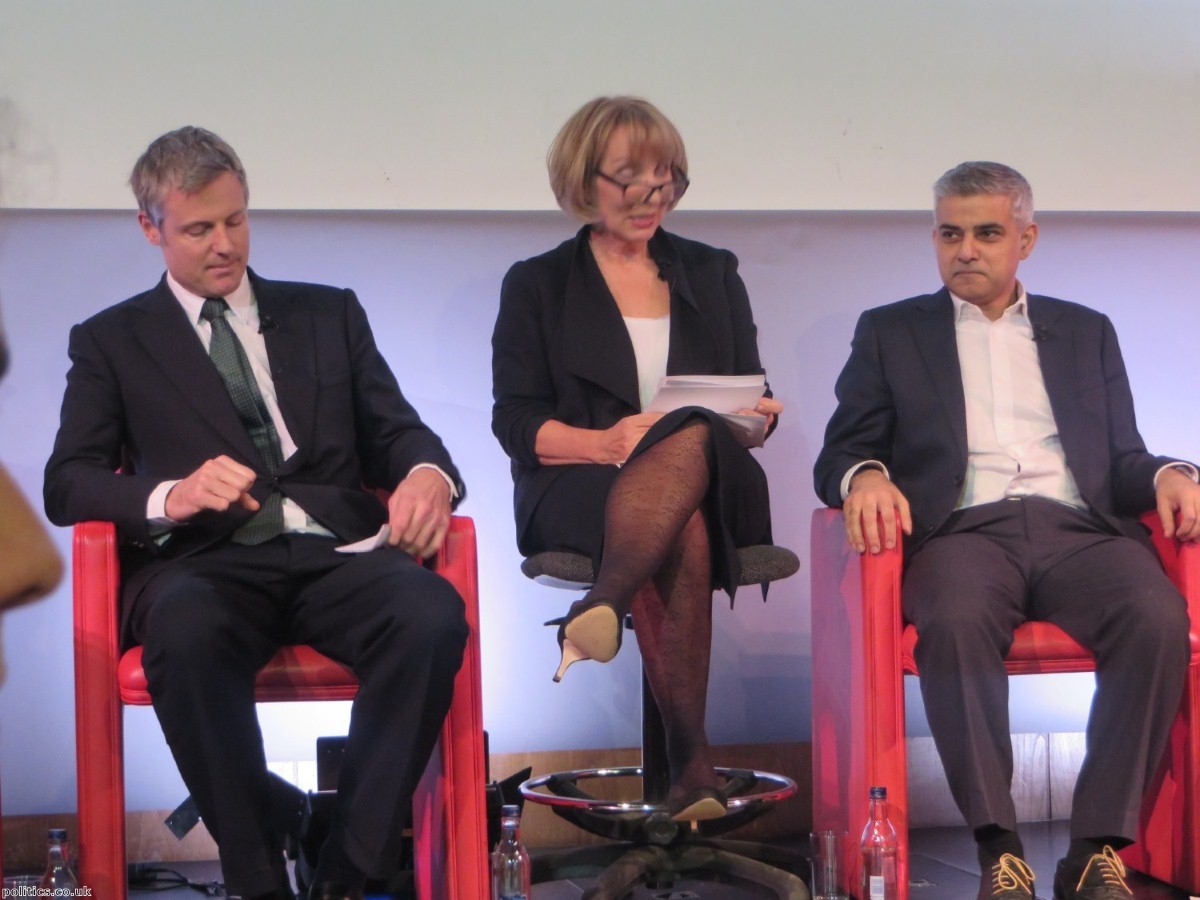 The Tories have been accused of running a disgraceful "racist" campaign against Labour's London mayoral candidate.

"With each day, the smears and innuendoes get louder," Cooper wrote in the Times.

"Now the Cabinet is joining in, trying different ways to link Sadiq to Islamist extremism based on no evidence at all…

"We can’t let this go by – it’s time to call it out for what it really is before it gets worse. What started as a subtle dog-whistle is becoming a full blown racist scream."

Goldsmith's campaign has labelled Khan "radical" "divisive" and "dangerous" and accused him of "pandering to extremists". Leaflets targeting British Indians have accused Khan of being anti Prime Minister Modi and of having secret plans to tax their jewellery.

"It’s the campaigning equivalent of pointing and shouting ‘don’t vote for him, he’s a Muslim’ – a nasty approach straight from the Lynton Crosby playbook," Cooper wrote.
The campaign has also been criticised by those inside the party.

Cooper said the campaign risked putting off other "mainstream Muslims" from running for office.

"Goldsmith’s campaign could still cause long lasting damage to the fabric of London life – a generation of young ethnic minority Londoners are looking at this campaign and thinking “that could be me” if they stick their head above the parapet.

"Divisive campaigning drives rifts between communities. It says that if you are a mainstream Muslim who rejects extremism and abhors violence, you are still liable to be attacked by Tories as a threat to security.

"It undermines those standing up against extremism and makes it easier for extremists to spread their hatred. In short, Zac Goldsmith’s campaign isn't just unpleasant, it is irresponsible and dangerous."

Zac Goldsmith: "This is a question about judgement"

Goldsmith today faced a barrage of questions about the row, from journalists, as he tried to set out his manifesto for running London.

Asked "are you a racist" he replied: "That is an absurd thing to say. I don't even know how I can answer that question."

Speaking to Politics.co.uk, a clearly angry Goldsmith denied his campaign would put off other mainstream Muslims from running for office.

He insisted that he was not suggesting that Khan himself shares such views.

"Just to be clear I'm not suggesting, and nor have I ever suggested, that Sadiq Khan has extremist views. That is not the point. This is a question about judgement. It is legitimate for newspapers and me and anyone else with an interest in the outcome of this election to ask those questions and to pretend otherwise is deeply irresponsible."

When it was pointed out that Conservative politicians had shared the same platforms he was accusing Khan of sharing, he replied:

"I don't know about that but it's about a record. It's about 20,30,35,40 events. It's being asked about the views of a hate preacher who wants to drown Jews in the ocean and dismissing that as flowery talk. The idea that it is not legitimate to raise those concerns is extraordinary."