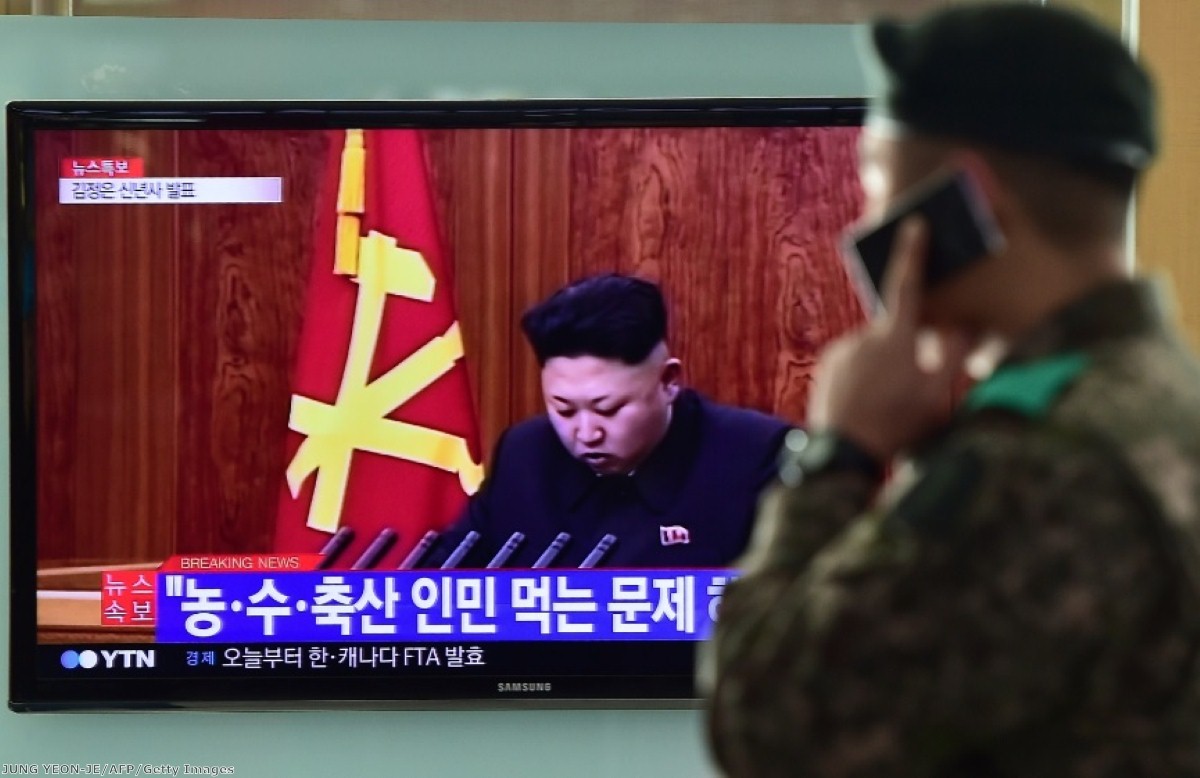 The Foreign Office has finally abandoned its policy of funding the North Korean regime's spin doctors. But the question remains: why was it doing so in the first place?

Britain is trying hard with Kim Jong-un's regime. The government wants to use whatever leverage it can to improve its behaviour. But somewhere, somehow, it crossed a line last year when it gave the green light to funding a project designed to help train state-controlled 'journalists' about the internet.

"The Foreign and Commonwealth Office funded project 'Inside Out: Working in North Korea to connect its journalists to the internet world' is an ongoing media project being delivered by the Thomson Foundation, an independent UK organisation with a proven track record of working in a number of countries, including now, for the first time, in DPRK.

"The project aims to expose participants to the UK media, instructing them on international reporting practices and the development of technical skills to build websites using a variety of international sources."

October saw a total of 46 North Korean participants attend a pilot workshop in Pyongyang, she said. And there was more lined up: "The next and final stage of the project will be a study tour to the UK, which is planned to take place in early 2015, which will be undertaken by some participants from the October workshop, to see how multimedia websites work at British media companies."

The Thomson Foundation was well-qualified to undertake this work on the Foreign Office's behalf. It celebrated its 50th anniversary in 2012 as a 'quiet agent in a media revolution', having helped journalists in countless countries possessing a less-than-perfect record on freedom of speech. It offers consultancy services and strategic communications help for governments, as well as training.

A North Korean officer at the DMZ border with South Korea

It was unwilling to talk about the Inside Out project, however. This may have been because, conscious of the extreme sensitivity of the North Koreans to any kind of unwanted publicity, they feared any kind of exposure risked ruining everything. There was no mention of the Pyongyang project on its website last autumn at all. Despite being offered several opportunities to talk about the project, its representatives persisted in avoiding talking about their work.

This might have something to do with the fact there isn't actually any freedom of expression or freedom of information in North Korea – and therefore the 'journalists' weren't able to engage in any kind of meaningful work without risking retribution. In February 2014, a UN Commission of Inquiry report concluded an environment exists in North Korea "where the exercise of the right to express facts and opinions critical of the state or its official ideology is not tolerated".

For a North Korean journalist to publish independent reports or to be critical of the regime would lead to punishments that range from incarceration to execution. None of them would, though, because every North Korean journalist is a member of the ruling Workers' Party of Korea. The UN report found the party to be "directly involved in human rights violations, in particular violations of the rights to freedom of expression". It conducts "extensive indoctrination programmes" that are carried out under the Propaganda and Agitation Department, which is responsible for all media in North Korea.

And yet ministers had approved plans to fund party members with a training programme helping them to understand how the internet works.

This approach, if taken in conjunction with other measures, might have some merits. It prepares for the day when the walls come down. Who knows who might be influenced through this process of engagement?

The Korean peninsula at night

Perhaps there might be something in that – but crossbench peer David Alton, who chairs the all-party group on North Korea, begged to differ. "My anxiety is it always seems to be doing the things the regime itself sanctions and says is permitted – scholarships for a select group of students, showing Sherlock Holmes at the Pyongyang International Film Festival, etc –  these things have a place, but if they're all we do that's not enough. It's legitimate to ask if these initiatives have been successful in changing the view of North Korean officials. It's self-evident they have had limited effect."

His criticisms did not seem to make much of a difference. When the Sunday Express splashed on the story before Christmas, the Foreign Office line was stolid in defence. "The UK has worked tirelessly to raise awareness of horrifying human rights violations in North Korea," a spokesperson said. "This project is just one part of our critical engagement to try to improve the lives of those in North Korea.” The Thomson Foundation did not respond to requests for comment.

It wasn't clear how much public money was actually at stake. This was partly because the final bill was to be settled upon the project's completion rather than beforehand. But it seemed likely the sum would probably be around £70,000, the average cost of projects coming out of the Foreign Office's Human Rights and Democracy Programme. "It sounds like stating the obvious, but British taxpayers shouldn't be funding training courses for propagandists," said Andy Silvester of the TaxPayers' Alliance. "Even by the remarkably wasteful standards of government spending, this really is a bizarre decision."

And then came The Interview. Kim Jong-un has always had a sore spot when it comes to being mocked on the big screen, so Seth Rogen and James Franco's film depicting Kim's death was always going to be provocative. Rumours quickly circulated that North Korea was behind a cyberattack against Sony Pictures Entertainment on November 24th. Speculation continued for nearly a month, until the FBI finally confirmed North Korea was responsible on December 19th.

By then Sony had confirmed it was pulling the release of The Interview. The US appeared to have responded, many thought, with the ten-hour internet outage inflicted on North Korea on December 22nd. Fresh sanctions announced in the new year were described by the White House as "the first aspect of our response".

The impact of the Sony affair was felt in London as well as Washington. It seemed incredible that the British government would continue funding North Korean journalists in training on the internet. But all through January there was no sign of any shift.

Instead it was privately suggested that the North Koreans' jolly to London might not go ahead because of Ebola quarantine rules. Its strict regulations require all those returning home to spend 21 days in isolation. As Lord Alton put it: "The Foreign Office might see it as a blessing in disguise if they can be given a reason for reconsidering giving a group of people whose speciality is propaganda rather than journalism the opportunity of coming to the UK."

In the event, though, Ebola was not going to save the British government's face. Behind closed doors, it's now emerged, an urgent review was taking place. It's thought minister Hugo Swire personally intervened to end the project. All planned activity has been halted. The government's whole approach to North Korea is now thought to be in flux.

A spokesperson said: "As the foreign secretary has noted, we are deeply concerned at the findings of the US investigation into the cyber attack against Sony, which seems to provide further evidence of North Korea's blatant disregard for international norms and obligations. In light of this, and North Korea's subsequent public endorsement of the attack, we have decided now is not an appropriate time to continue with the project."

Unexpectedly, Lord Alton has welcomed the U-turn. He said Swire was "to be applauded for insisting that human rights are our top priority". And he added: "There are far better ways of using limited resources than providing a beano for the regime's propaganda arm. This is the right decision."

Better late than never, perhaps. But the question remains why anyone in the UK seriously believed paying for state-controlled North Korean apparatchiks to learn about the internet on a trip to Britain was anything other than a terrible idea.